Andy Cohen Is “Really Upset” and “Stunned” About Joe Giudice’s Deportation: “It Seems So Extreme” Plus Gia Makes an Emotional Plea 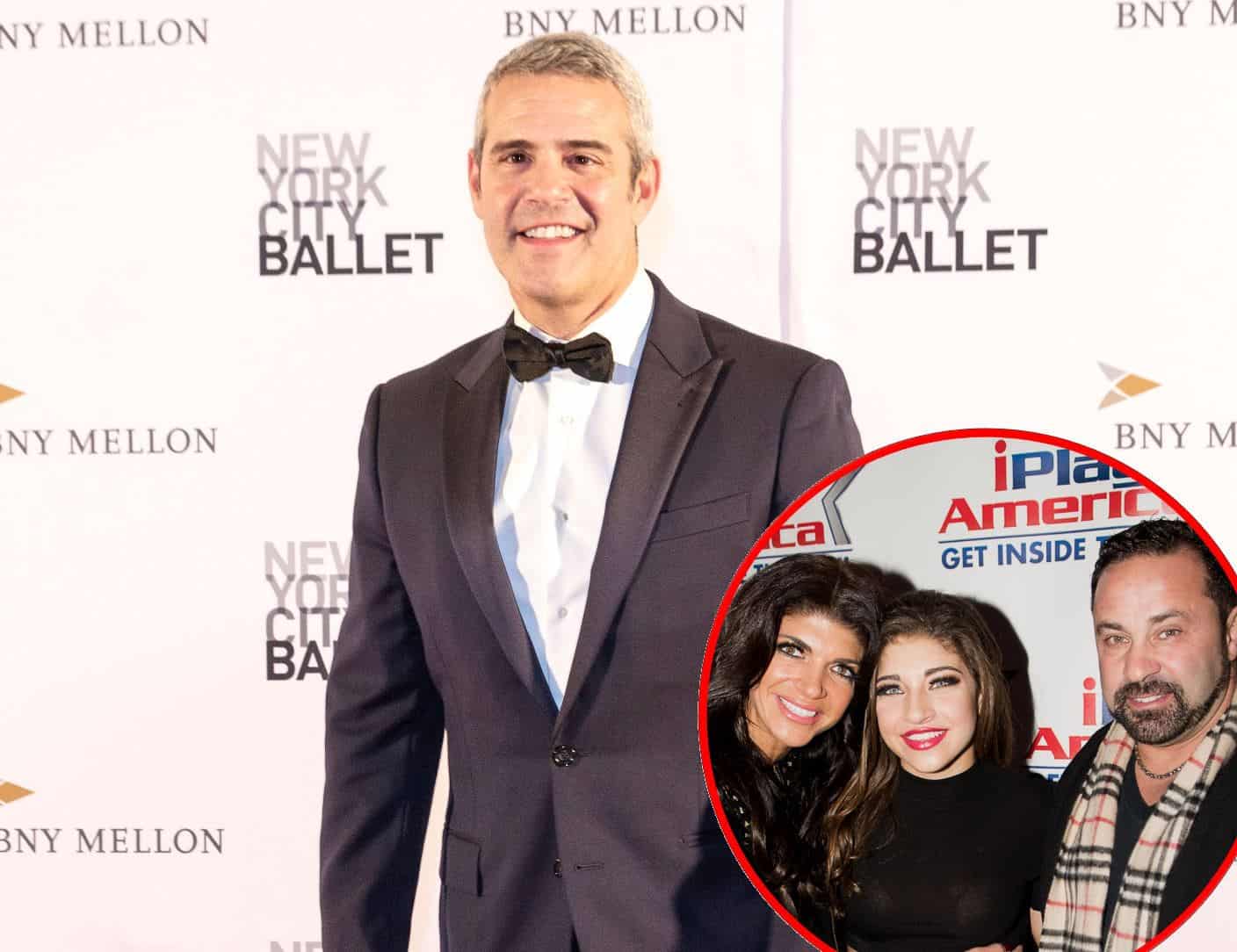 Andy Cohen reacted to news of Joe Giudice‘s deportation during a recent taping of his Sirius XM radio show, Radio Andy. Also, Joe’s daughter Gia Giudice is making an emotional plea to keep her dad in the country.

As fans of The Real Housewives of New Jersey have likely heard, Teresa Giudice‘s husband will be forced to leave the United States after he’s done serving his 41-month prison term for charges of bank and wire fraud in March of next year.

“I was just stunned by this news. I’m really upset about it,” Andy told listeners. “The man has done his time, he will have served his sentence. Teresa served her sentence. I know there were a lot of people that believed they were being made examples of because they were people in the public eye and now, it seems so extreme to deport him.”

“He’s done his time, they’ve paid back their debt, as far as I understand. Why not sentence him to community service or to something else he can do to enrich the community instead of deporting him?” Andy asked. “He spent his whole life here. He’s got kids. He’s got a family. He’s never lived in Italy. I’m really upset about it and my heart just really goes out to Teresa and the kids. I just think at some point… The man has done his time. He’s paid penance.”

While Andy doesn’t agree with the judge’s decision to send Joe back to Italy upon the completion of his sentence, he acknowledged that because Joe wasn’t a citizen when he committed the “aggravated felony,” he was legally eligible for deportation.

“By law, he can be deported [but] it seems extreme to me. Find another way,” Andy recommended. “You know, Joe said, ‘My parents are citizens. My brother and sister are citizens. They were born here, I just never thought to file for citizenship.’ He was one when he came here. It seems extreme.”

Andy went on to encourage Teresa to appeal her husband’s deportation with the help of President Donald Trump, who she reportedly asked to intervene in 2016.

“Teresa knows the President. Maybe she could make an appeal. Teresa, call your friend in the White House,” Andy said.

Joe’s 17-yr-old daughter Gia is also speaking out once again, as she makes an emotional plea on Instagram to keep Joe in the United States.

Gia wrote, “My father is no threat to society he is one of the most warm hearted people I know, he would never harm a soul. He puts everyone else before himself. I know who my father is and I think many of you do too.”

She continued, “My father did his time and learned from his mistakes. Isn’t being in there supposed to make you realize your mistakes so you can become a better person? And that’s exactly what my father did. He hasn’t felt or looked this good since he was in his 30’s. We have so many plans to do as a family when he gets out. I need my father to be here. My father belongs with us and his entire family. My father came into this country when he was one years old, the United States is the only country he knows, spread the word #bringjoehome.”