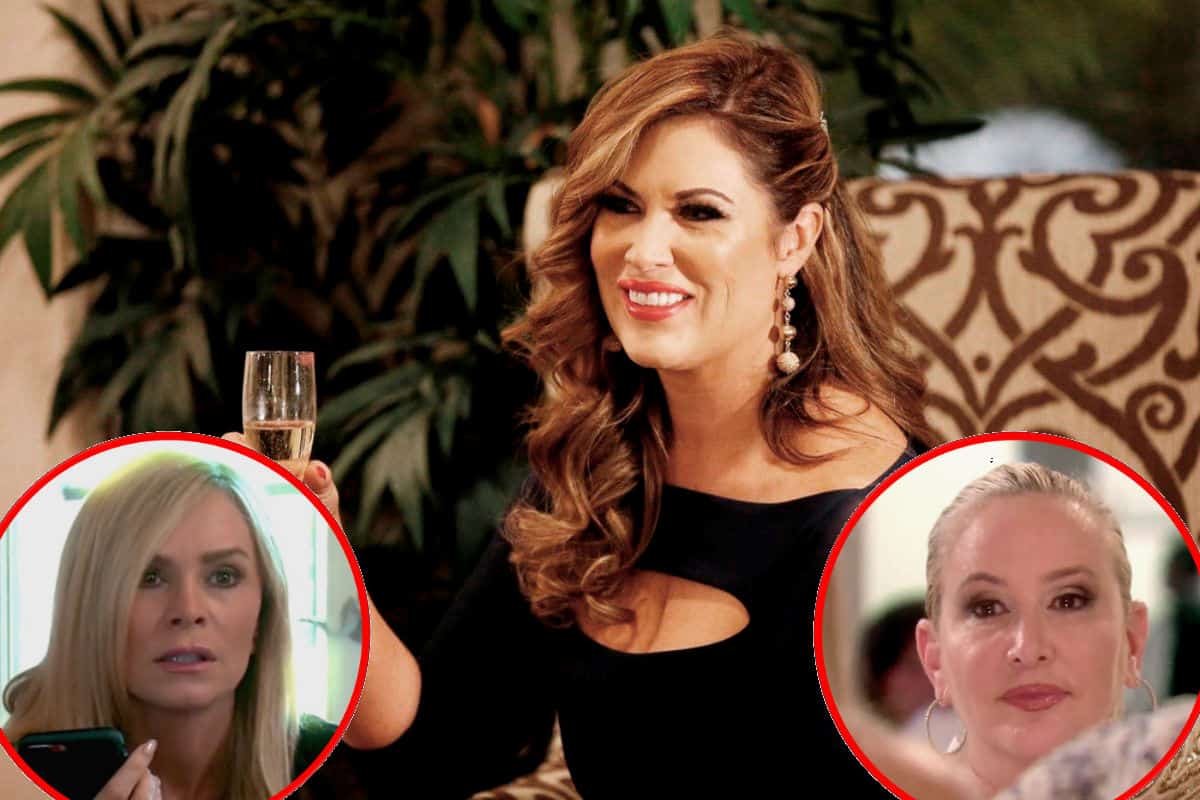 The Real Housewives of Orange County newbie Emily Simpson is speaking out about her castmates following the latest episode of the Bravo series.

In her recent blog, Emily discusses why she doesn’t believe Tamra Judge and Shannon Beador have a healthy friendship, adding that Tamra remains friends with Shannon simply because she feels sorry for her. Emily also accuses Shannon on thriving on sympathy from other people while lacking compassion for others at the same time.

RHOC viewers watched on Monday night as cracks in Tamra and Shannon’s friendship started to appear during the cast’s trip to Jamaica. For starters, Tamra feels Shannon is self absorbed and spends too much time feeling sorry for herself, amid her nasty divorce from estranged husband David Beador. As for Shannon, she appears to be completely unaware of her faults, or how her friend Tamra is starting to feel about their friendship.

Emily feels the dynamic between the two ladies makes for a bad friendship, adding that Tamra is staying friends with Shannon mostly out of obligation.

“It doesn’t surprise me that Tamra says that she feels sorry for Shannon. I imagine that is the backbone of their relationship,” said Emily in her Bravo blog. “From what I have experienced, this is not a healthy ‘friendship.’”

She continued, “Tamra made it clear to Gina and me on the beach in Jamaica that Shannon has not been a great friend to her. What other reason would she have for remaining friends with her unless she felt some level of obligation or sympathy for her? It’s apparent to me that Shannon thrives on others feeling sorry for her, yet she lacks empathy and compassion towards others.”

Emily also called out Shannon for being dismissive towards her and her fellow new O.C. housewife Gina Kirschenheiter.

“The point of the trip to Jamaica was a “girls’ trip” to celebrate friendship and Shannon’s success on QVC. I was introduced into this new group of friends, and when I meet friends of my friends, I make an effort to get to know them,” said Emily. “I now can see that I try harder with Shannon than I ever have before, likely because Shannon has been more resistant and indifferent than other women I have come across. This resistance and indifference from Shannon toward Gina and me is disheartening and unnecessary.”

EMILY REVEALS HOW SHANNON SNUBBED HER IN PUBLIC!

As we reported, Emily and Tamra’s relationship has taken a turn for the negative off the show following a Twitter feud between the ladies last month that involved Shannon. Since then, Tamra has made it clear she would like to see Emily booted from the RHOC.

The Real Housewives of Orange County airs Monday nights at 9/8c on Bravo.