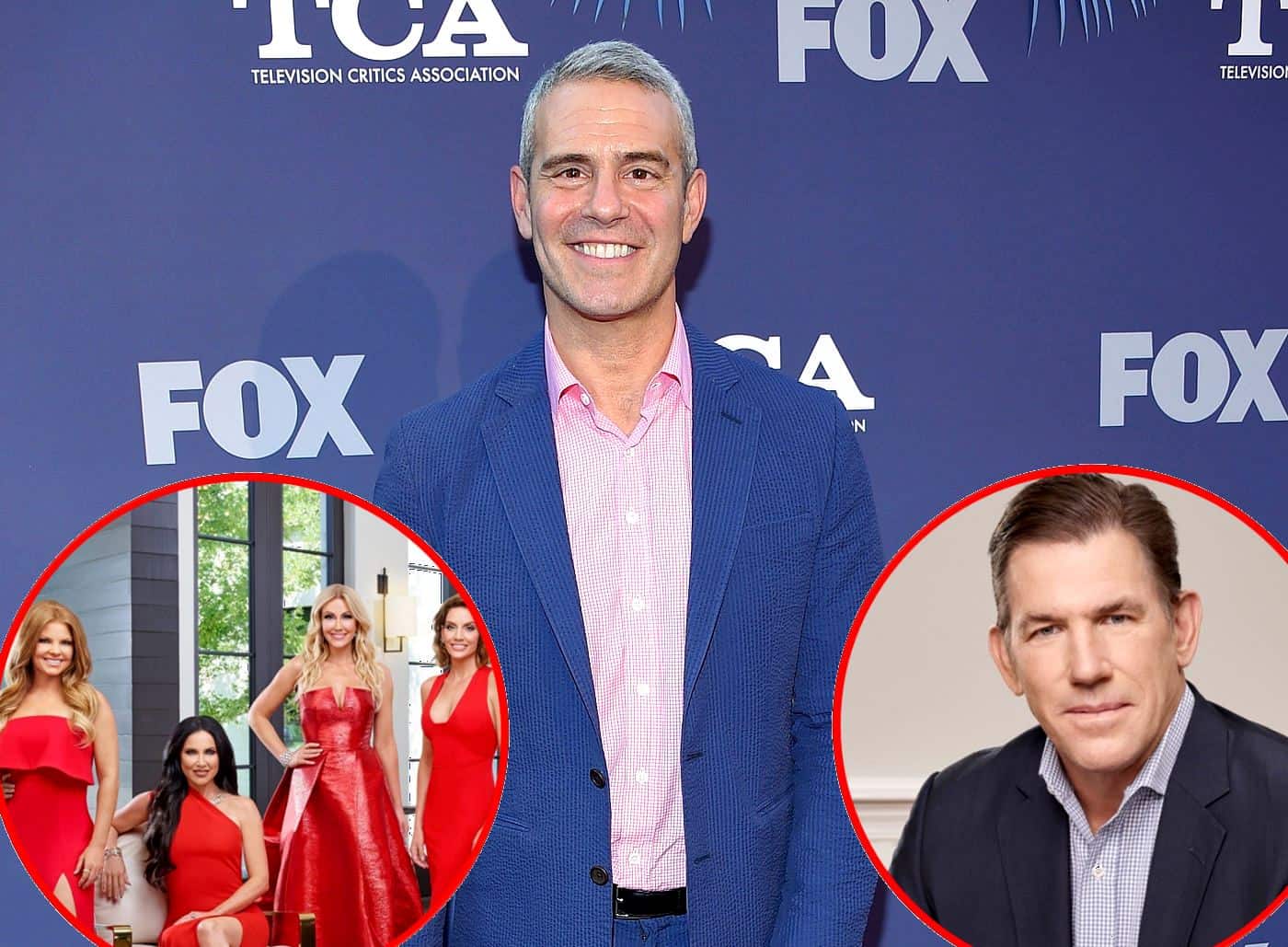 Andy Cohen joined the ladies of The View on Tuesday in honor of Meghan McCain‘s birthday and during his appearance, he discussed the future of her favorite reality show, The Real Housewives of Dallas, and the arrest of Southern Charm‘s Thomas Ravenel.

After being asked why she chose Andy as her birthday guest on the show, Meghan revealed just how important reality television has been, especially The Real Housewives of Dallas, as she continues to cope with her father John McCain‘s passing.

“The ‘Housewives’ are such an incredible escape in my life and people belittle reality television… I binge-watched Dallas ‘Housewives’ after my dad died and I couldn’t get out of bed, watched all three seasons, please keep this show on the air,” Meghan pleaded.

“It’s not going anywhere,” Andy promised of the RHOD.

“It’s fantastic television and I think that pop culture is just as important as politics and anything more serious in our lives,” Meghan added.

As the show continued, a couple of controversial topics, including Joe Giudice‘s deportation, and Thomas’ arrest, were mentioned.

“Apparently the judge ruled that he was [being deported]. I was stunned,” Andy admitted.

According to the late night talk show host, he would like to see a better solution to Joe’s current legal situation, rather than a deportation. After all, Joe’s wife and children live in the United States and it would be hard for everyone to see Joe sent back to his native Italy.

“The guy’s done his time. She did her time. He’s lived here all his life but he’s technically not a citizen,” Andy explained. ”They’ve paid back the money and they’ve done their time. I wish they could find a way they could stay here with his daughters and his wife and kind of give back to society in a meaningful way.”

As for Thomas, who was arrested for sexual assault last month, Andy confirmed he would no longer be featured on Southern Charm.

“He’s no longer on the show. I haven’t spoken to him. I don’t actually know much more than you do about the situation but he’s not going to be on the show next season and it’s certainly unfortunate,” he said.

The Real Housewives of Dallas airs Wednesdays at 9 p.m. on Bravo TV.