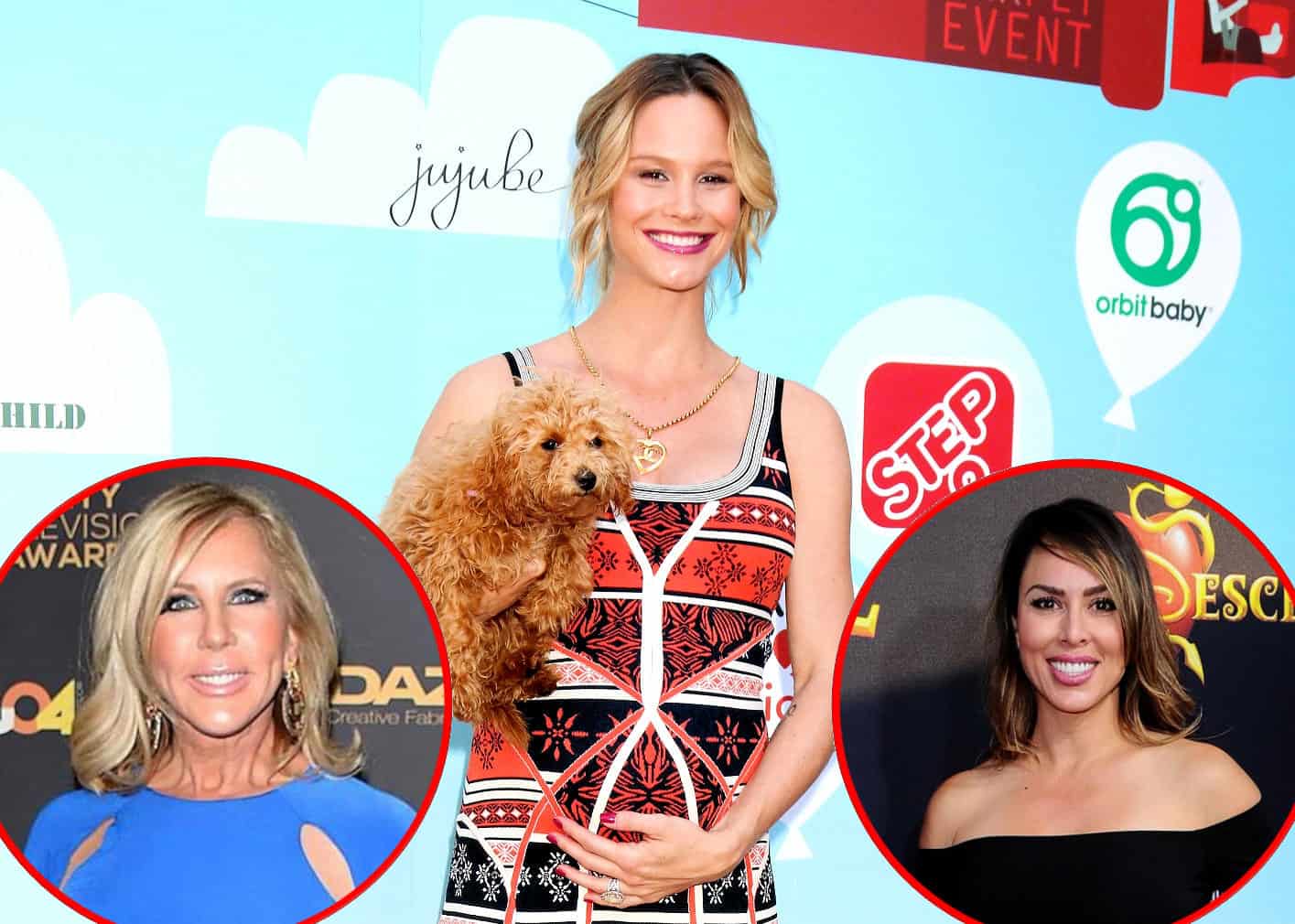 Former RHOC star Meghan King Edmonds is taking aim at her former Real Housewives of Orange County castmates in an all new interview.

During a recent podcast appearance, Meghan revealed why she has zero respect for Vicki Gunvalson while also explaining why she no longer keeps in touch with Kelly Dodd. Additionally, she revealed if she would consider returning to the RHOC and if she missed anything about the Bravo reality show.

Meghan, 34, left the show after season 12 to focus on her growing family with husband Jim Edmonds and moved to St. Louis to be closer to his older kids. That said, despite her move, Meghan isn’t writing off a possible return to the show.

“Oh yeah!” she said when asked on Anthony “Tony” Lario‘s podcast, Tony’s Tea Corner, if she would ever consider going back. “I miss it! So, I think it’s very flattering that people are telling me they miss me, because I miss them!” she explained.

“I had a really good experience- I left on my own terms which is really nice to do, but I think it’s also hard to do. If the opportunity presented itself, I would 100% go back,” added Meghan.

As for when she would be open to rejoining her co-stars, Meghan said she isn’t yet ready to return to her full-time role.

“Right now is not the time. I definitely have said to production and Tamra and Shannon, ‘Hey, invite me to a party or something!’ I miss the energy and the excitement- I don’t miss being around people I don’t like, but, I miss the experiences and the crew- it becomes a little bit of a family,” she explained.

“I texted Heather Dubrow the other day, just asking about some work [and] life balance stuff,” she revealed.

One person Meghan definitely doesn’t keep in touch with is her one-time friend Kelly.

“Kelly has said some malicious, nasty things about me. I didn’t hurt my feelings, but her intent was absolutely to hurt my feelings, and I don’t like that, I don’t like malicious intent,” Meghan explained of their issues. “No matter if she succeeds in it or not. She did a Bravo podcast and said ‘I don’t like Meghan’ but they she hangs out with my brother and asks for a selfie? If I saw Kelly, I would say hello to her, I’m fine with it. I took a season off the show, I feel like I don’t have the same kind of feelings ruminating inside of me. I’m over everything.”

“The thing about Kelly is that she doesn’t have a mean agenda, she just reacts. Her reactions can be very immature, nasty, and mean. I don’t respect that, but she’s not out to get you like Vicki can be,” Meghan continued.

According to Meghan, Vicki had a problem with her age and also made a mean-spirited comment about her role as step-mom to Jim’s other kids.

“Shannon and I are good friends, I think she forgets that I’m 34 sometimes. Tamra, I don’t think she cares about age at all. Vicki, 100% she cares,” Meghan said.

“[Vicki’s] advice to me was baseless. I don’t think that everyone has the same capacity to love- maybe she’s just one of those people who could never love a child as if they were her own,” she added, citing Vicki’s suggestion that the love one has for a biological child is much different than the love of a stepchild.

Meghan then why revealed she has no respect for Vicki, citing the infamous CancerGate lie involving Vicki’s ex-boyfriend Brooks Ayers.

“I never got to really know Vicki because I didn’t like her and I didn’t respect her,” Meghan admitted. “When you lie about cancer, that’s a big hole to dig yourself out of. Do I think she’s authentic? No. But I kind of have fun with her.”

Although Meghan and Vicki didn’t hit it off on the show, Meghan is still open to reconciling with her former co-star.

“Time heals all wounds. I would rather smile and get along with people than hold a grudge,” she said.