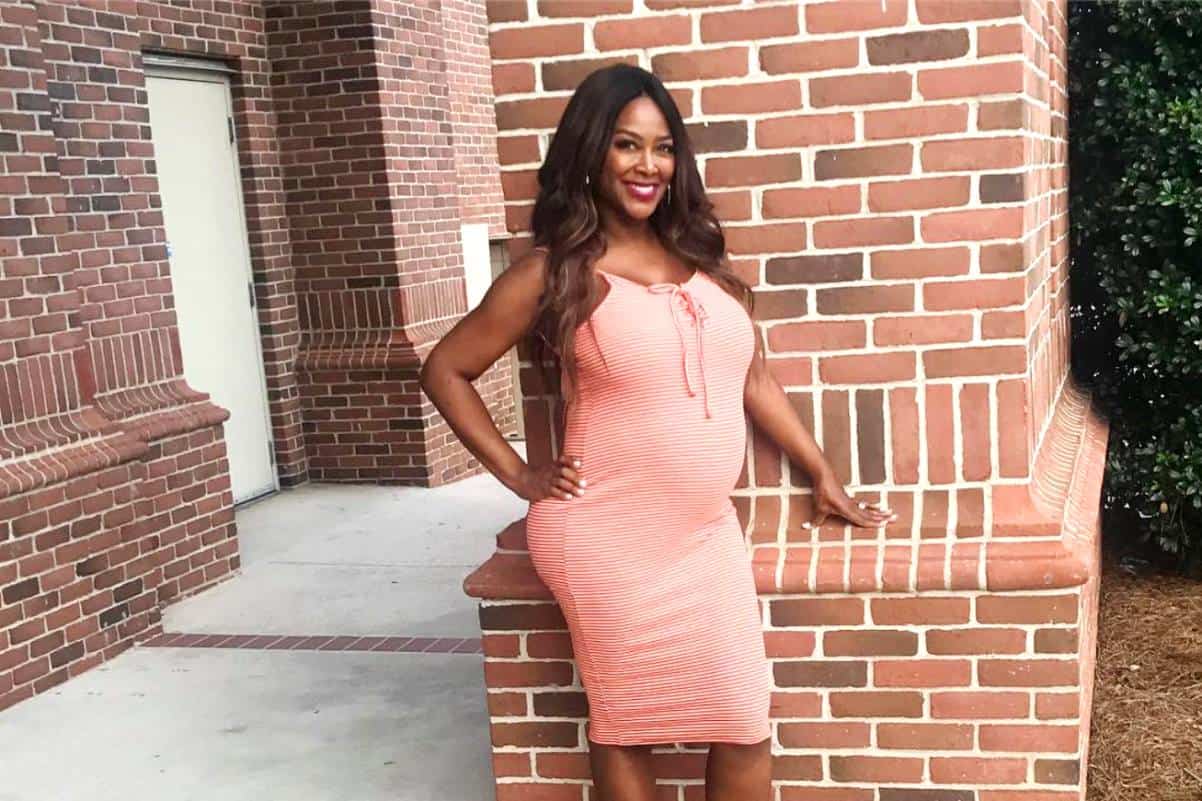 Kenya Moore is facing hardships as she nears the due date of her first child.

The former Real Housewives of Atlanta star posted an image on her Instagram page of her swollen feet on Saturday and revealed she’s suffering from possible preeclampsia, which the Mayo Clinic defines as a “complication characterized by high blood pressure and signs of damage to another organ system, most often the liver and kidneys.”

“I made fun of my swollen feet at @cynthiabailey10 party. Next day my tests came back for possible preeclampsia,” Kenya revealed to her fans and followers. “I gained 17 lbs in ONE week due to severe swelling and water retention, high blood pressure, and excess protein in urine. This is NOT normal!”

Although Kenya’s son or daughter is said to be “fine,” the ex-reality star, who married husband Marc Daly in June of last year, will continue to be monitored in the coming weeks and if necessary, doctors will deliver the baby early.

“I took more tests. Baby is fine but if they come back higher #babydaly will have to come same day. [I’m] staying positive,” she continued. “To my pregnant sisters please go to your visits and tell the doctor of any drastic changes.”

“Thank God I have great doctors,” she added.

Because Kenya is 47, her pregnancy is considered high risk and, as the Mayo Clinic explained, women over 40 have a greater chance of developing preeclampsia.

As we previously reported, Kenya, who doesn’t know the gender of her baby yet, is due on November 22 according to her unveiled baby registry.

There was also recent speculation about Kenya’s possible return to RHOA for it’s upcoming season after she was spotted filming with the cast last week during a party for Cynthia Bailey. Kenya was also spotted wearing a mic pack which some viewed as a sign that she was invited by RHOA producers.