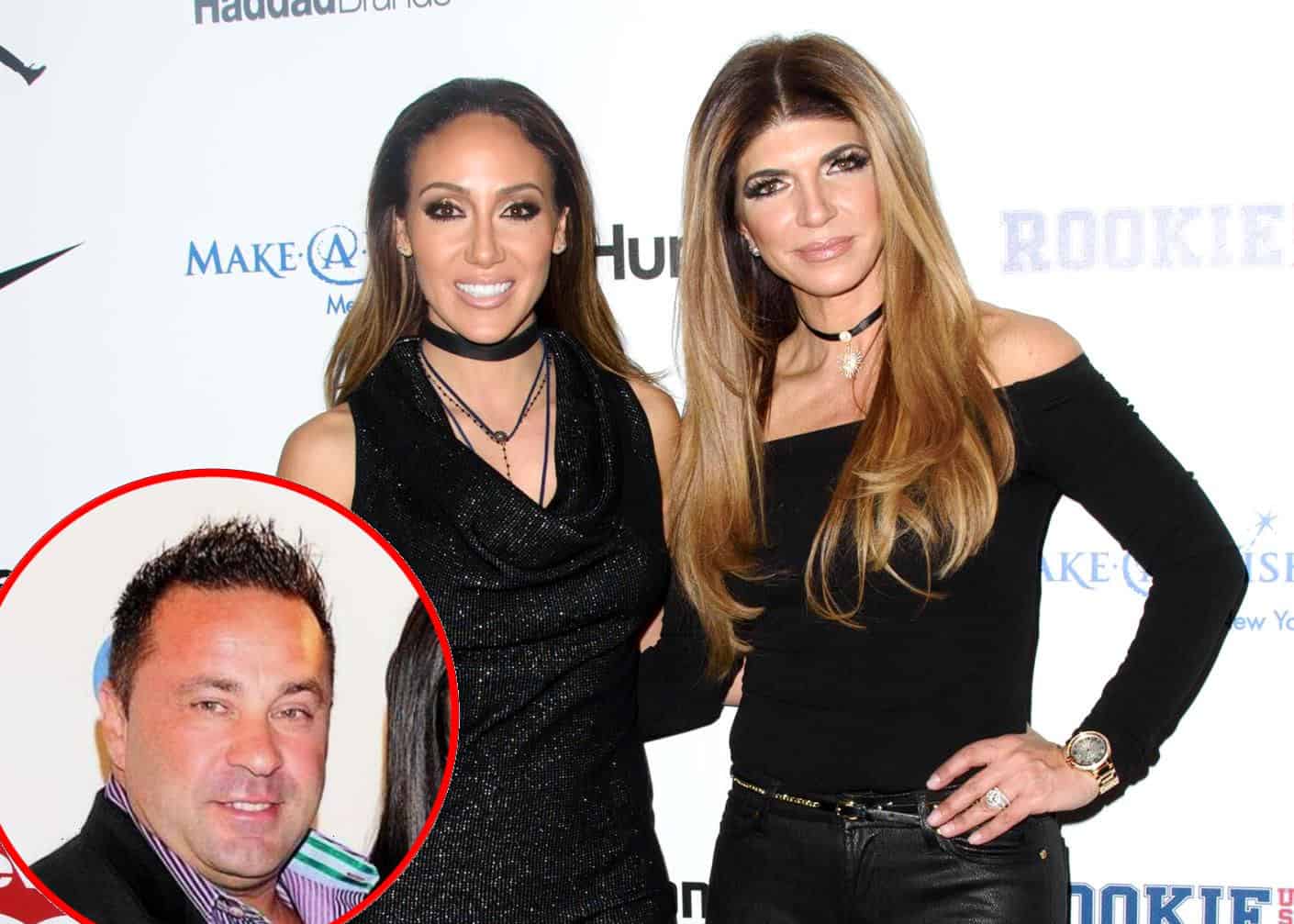 Melissa Gorga has broken her silence in regard to Joe Giudice‘s deportation.

Weeks after a judge ruled that Teresa Giudice‘s husband will be deported to his native Italy after he completes his 41-month prison term, the Real Housewives of New Jersey star said she is staying positive when it comes to the appeals process.

“I was home when I heard the news about Joe and listen, it’s a very private, personal issue,” Melissa told Page Six on November 2. “I think that they’re dealing with it. It’s not over yet so everybody’s just praying and hoping that it turns around.”

As for whether or not The Real Housewives of New Jersey production team would be heading to Italy in the coming months, Melissa said, “I think the show’s gonna go wherever we go.”

Although Teresa and Joe are planning to appeal the judge’s ruling against him, it is very possible that he will no longer be able to live with Teresa and their family in New Jersey after his sentence is complete.

“It’s sad, families shouldn’t be broken up this way,” Teresa said during an interview with USA Today. “Especially when it’s a nonviolent, it’s a white collar crime. He’s paying for his mistakes.”

As Teresa takes things day by day amid the appeals process, she’s struggling to cope with being a single parent as she also considers her family’s potentially upcoming move out of the country.

“I’m doing this all by myself,” she explained. “I didn’t sign up to have four kids on my own. Children need both parents. It’s hard.”

As for her youngest daughter, nine-year-old Audriana, Teresa hasn’t yet told her about the deportation ruling.

“Everything that I’ve been through, adults can handle it, but children, it’s hard for them,” Teresa added. “Just looking at them the way they’re handling it, it amazes me. It shows me that I am doing a good job, because they’re great.”

Teresa’s castmate Margaret Josephs is also speaking out on the deportation ruling.

“Joe’s deportation has been the most upsetting news by far, I think, that we’ve had in the history of [the RHONJ], much worse than either of them going to jail,” said Margaret to Bravo’s The Daily Dish.

“I immediately had reached out to Teresa. She answered me right away. She is very, very strong. And I have said this, if anybody can hold it together, it’s Teresa Giudice. She’s gonna be strong for her daughters, she’s gonna be strong for her family, and whatever the outcome is, if he is actually deported, she’ll deal with it accordingly and hold her family together like she has all along,” Margaret continued. “I mean, this is the most unfortunate news, and I’m devastated. It’s heartbreaking, and it’s the worst hand that you can be dealt. But she will handle it like the champ that she is.”