Ashley Jacobs took aim at Kathryn Dennis‘ sobriety during a chat with fans on social media.

Earlier this week, Thomas Ravenel’s girlfriend took to Instagram to announce her decision to quit Southern Charm after “prayerful consideration.” In the comments section of that Instagram post, Ashley then proceeded to claim that Kathryn has been drinking regularly, and openly, around Charleston, South Carolina, while also revealing which scene Bravo TV wanted her to film for season six that led her to call it quits with the series.

“They wanted me to film with Eliza Limehouse and one other cast member. They asked us to film while getting our nails done. Kathryn and Eliza do not get along so it felt like a setup,” Ashley explained on November 7, after a fan wanted to know why she declined to appear on the new season. 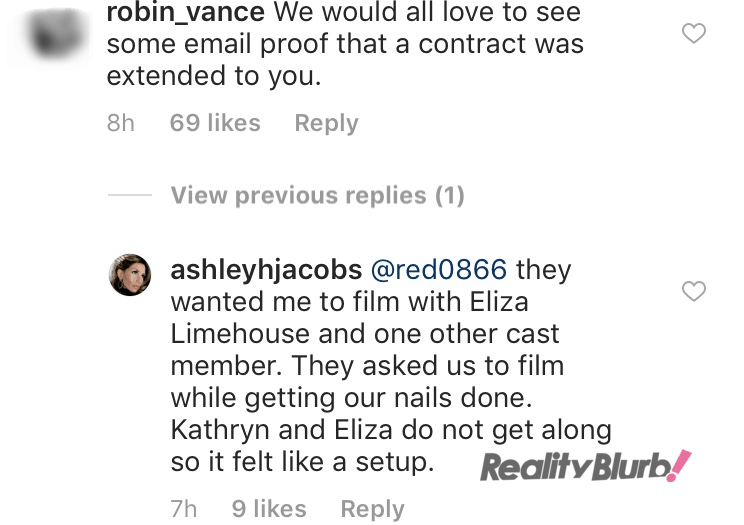 Later, when a fan asked Ashley if Kathryn was lying about being sober, she claimed that was the case.

“My intent is not to hurt her,” Ashley said. “I have no animosity towards her. But I think it’s wrong to pretend you are sober and to use it as a platform if it’s not true. There are people that are truly trying to turn their lives around. It’s not something you lie about.” 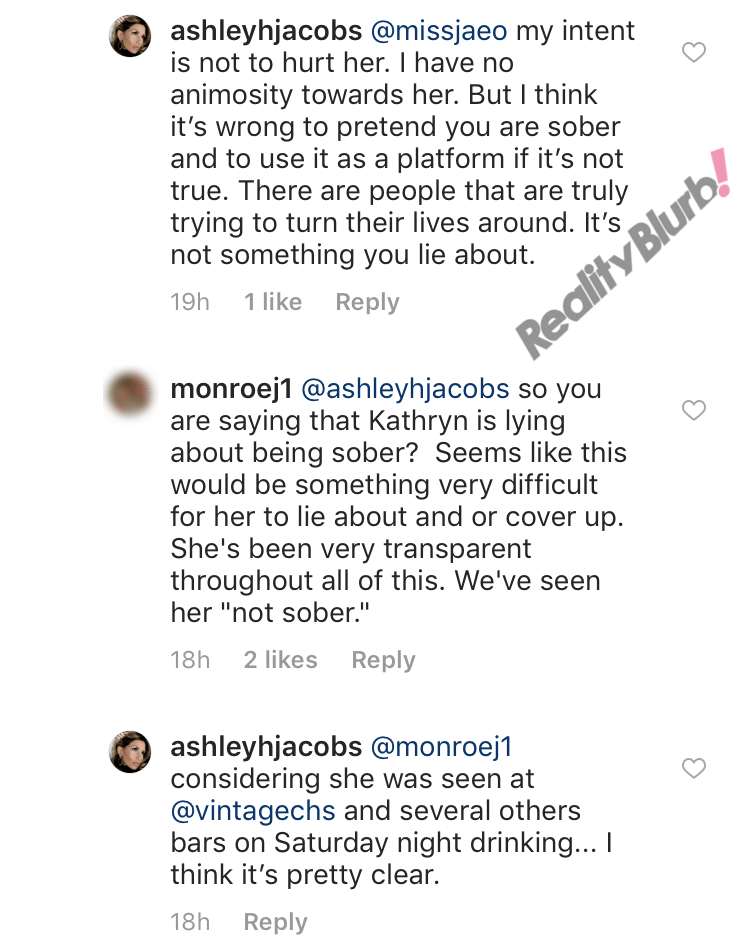 Ashley didn’t end there, going on to make more allegations about Kathryn by saying her past rehab stint and sobriety was just a “publicity stunt.” 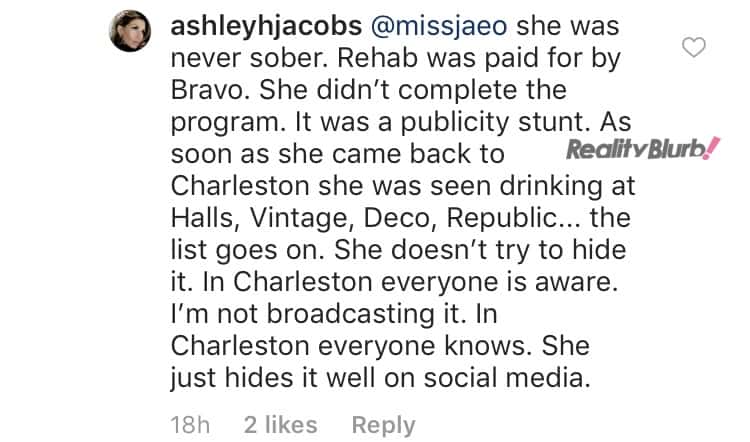 According to Ashley, she was hopeful that she and Kathryn could establish a friendship with one another, despite their issues on the show. After all, they have one major thing in common.

“The interesting thing is she was painted as the villain for several seasons. I know she understands what I am going through. I wish we could have used the common ground as a foundation for a positive relationship,” Ashley said. 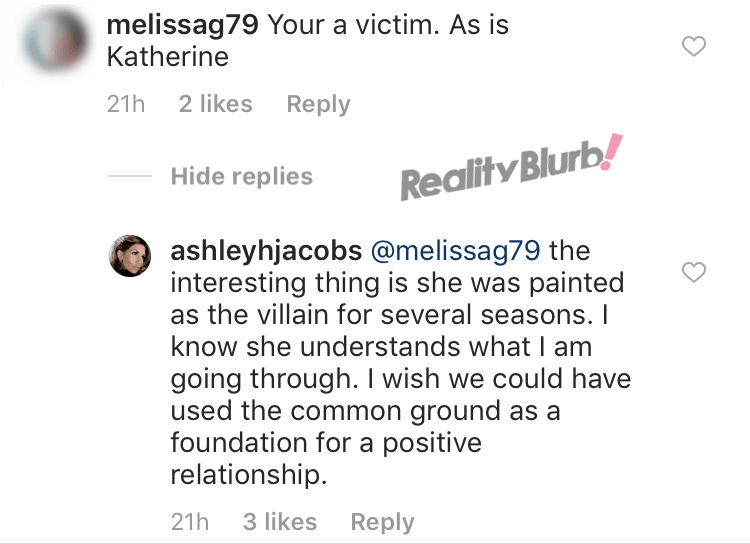 Southern Charm season six is in production and will air on Bravo TV sometime in 2019.