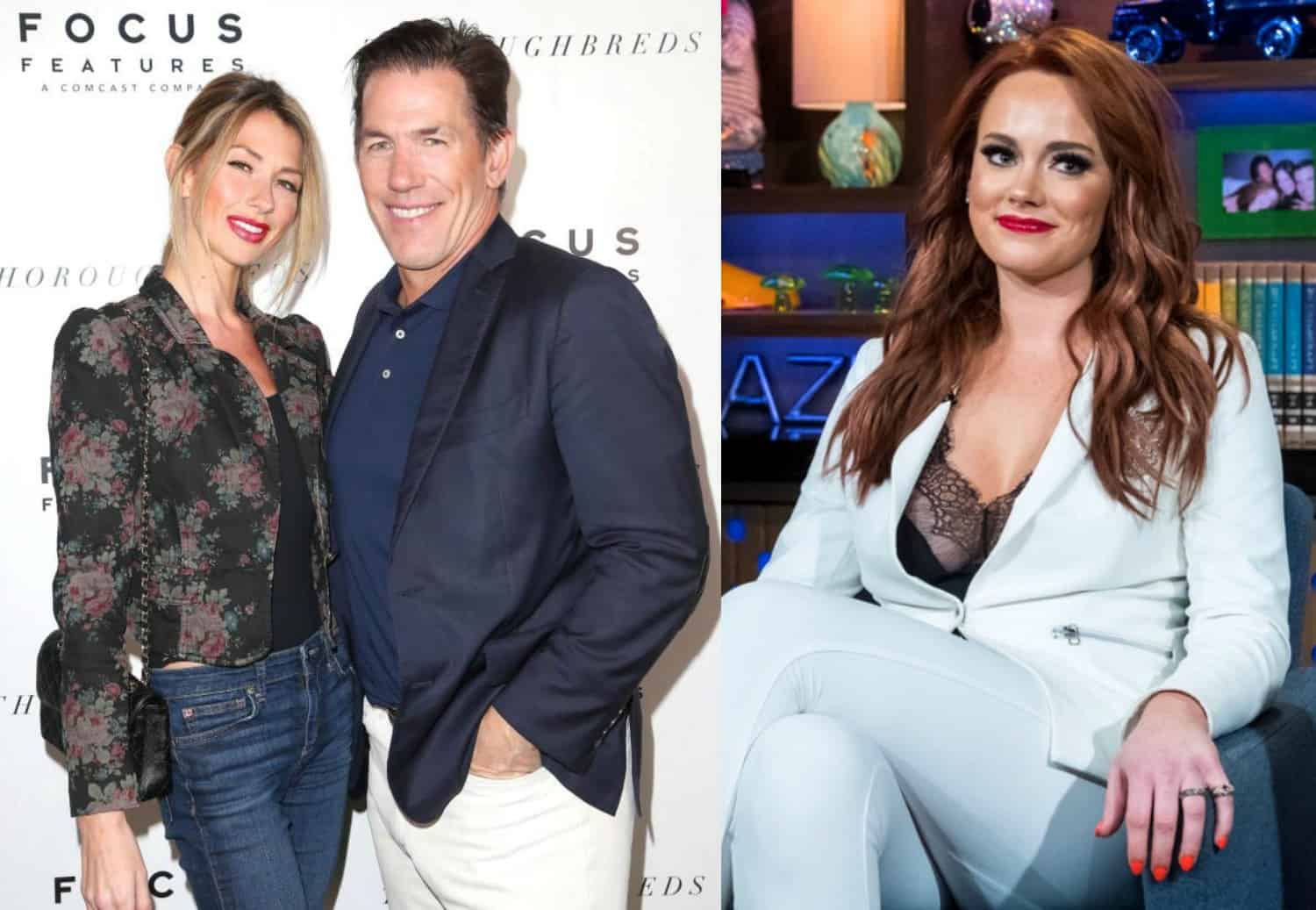 If you thought for one second that you no longer had to hear about Thomas Ravenel and Ashley Jacobs following their exits from Southern Charm, well, you thought wrong.

Just days after we reported Ashley had been attacking Kathryn Dennis on her Instagram page, by claiming Kathryn was no longer sober and went to rehab as a “publicity stunt,” Thomas is now coming to the defense of the mother of his kids.

Yes, we’re just as confused as you are, you know, being that Thomas and Kathryn are currently locked in an ugly custody battle over their kids – daughter Kensington Calhoun Ravenel, 4, and son Saint Julien Rembert Ravenel, 2. And being that Thomas himself is no stranger to launching vile attacks against his ex-girlfriend.

Just hours ago, Thomas took to his Instagram page and shared a now deleted post in which he urges Ashley, who we’re guessing is now back to being his ex-girlfriend, to stop attacking Kathryn.

“Ashley Jacobd [sic] has been bad mouthing the mother of my children. I totally disavow this horrendous behavior and will have nothing to do with her.” wrote Thomas on November 11.

He later added, “I begged her over and over to no avail. So hateful. Hope she gets help.”

Thomas deleted his Instagram post just minutes after posting, but thankfully, we had a number of awesome readers who sent us screenshots of his post. That is below. 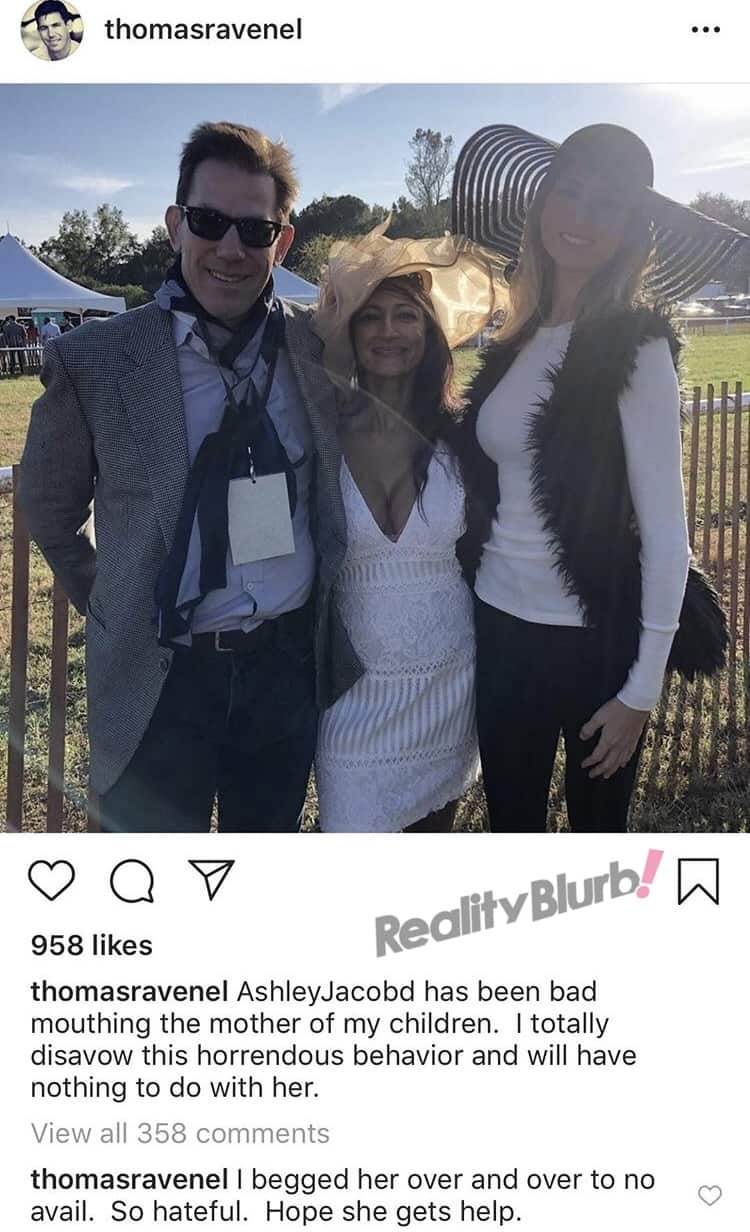 Thomas’s post is more than likely related to his ongoing custody battle with Kathryn. As reported, Kathryn filed court papers on October 25 asking for sole custody of their children together. The former couple had previously agreed to a 50/50 custody split. But this was before Thomas was arrested and charged with assault and battery in relation to sexual assault claims made by one of his former nannies.

In her court filing, Kathryn accused Thomas of displaying  “periods of impulsive and uncontrollable bouts of anger” as well as “extreme narcissism and anger management problems.” She also alleged that Thomas relied “upon the use of full-time nannies” and “has drunk alcohol to excess, mixed with prescription drugs, that has caused him to be impaired during periods of time in which he had custody of the children.”

Additionally, Kathryn actually mentioned Ashley in her court filing, as she accused Thomas of encouraging Ashley to “verbally assault and attack” her on Southern Charm.

And just last week, Thomas responded to Kathryn’s custody lawsuit by accusing her of trying to get sole custody simply as a story-line on Southern Charm. He also dragged the Bravo network into the lawsuit as he asked a judge to block Bravo from airing any footage of his kids or Kathryn talking about their case on the upcoming season of the show.

In Thomas’s November 6 filing, he alleged Kathryn was requesting more custody “in bad faith, for the purpose of garnering media attention, creating material for her storyline on Southern Charm and ensuring her marketability as a ‘reality TV star.’”

A source tells us Kathryn and Thomas had a court hearing on Friday (November 9) regarding their custody case but so far the results of that hearing have yet to hit the press. It’s safe to assume Thomas’s post is related to this custody case.