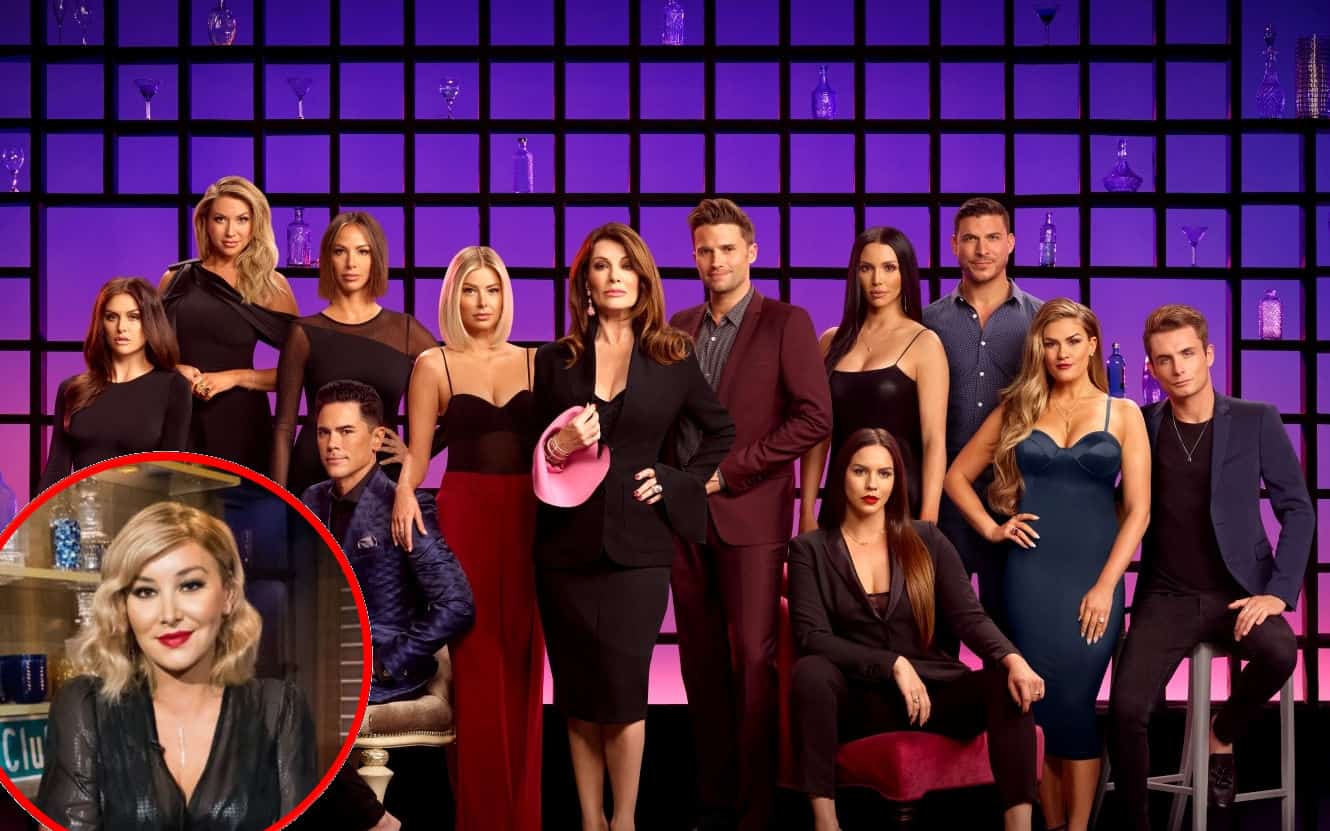 The cast of Vanderpump Rules is said to be divided behind-the-scenes.

Ahead of next week’s season seven premiere, a source claims Scheana Marie has found herself on the outs with the other ladies of the show, including Stassi Schroeder, Katie Maloney, and Brittany Cartwright, as Billie Lee and James Kennedy reportedly remain outsiders as well.

The cast “is really divided and not getting along,” a source revealed to Hollywood Life on November 27. “Stassi and Katie have been talking behind Scheana’s back, as they feel she’s extremely desperate for attention. It’s really Stassi, Brittany, and Katie versus Scheana, and Scheana really feels left out of everything.”

According to the report, Scheana is upset about her current status with the other women but understands why they are against her.

“It’s hurting her, however, Scheana really was spending so much time with Rob that she was acting like it was the Scheana and Rob show, and now they’re not even together anymore,” the insider explained.

As Vanderpump Rules fans will recall, Scheana’s life revolved around her relationship with Rob Valletta for the entirety of season six and throughout their time together on the show, her co-stars expressed doubt in the longevity of the romance.

In addition to Scheana’s reported feud with her co-stars, the insider said Billie is also on the outs with the cast and was recently involved in a dispute with her boss at SUR Restaurant, Lisa Vanderpump.

“Billie and Lisa also get into it, and it gets so bad that Billie is forced to go to Lisa’s house to apologize,” the source revealed. “None of the girls are speaking to Billie right now as well. They know Billie is really fighting for trans rights, and they whole heartedly support that, however, they feel she’s really difficult to get along with.”

While it wasn’t noted what exactly led to Lisa and Billie’s fight, the insider confirmed they are now on better terms.

“Lisa knows what it feels like to not have anyone want to film with you, so Billie and Lisa have made up completely,” the source said. “Billie feels so excluded right now, and it’s hurtful to her to not want anyone to film with her, which is why it was important to Billie to make up with Lisa.”

Lisa has been in production on The Real Housewives of Beverly Hills season nine for the past several months but she hasn’t been seen with her co-stars since September, when she attended Denise Richards‘ wedding, due to her feud with the cast.

“The cast is just so divided right now. Producers are excited that the drama is high as is Lisa since this is her baby. She’ll do this show forever as would the cast,” the source continued of the Vanderpump Rules cast.

As for James, the insider added that the men and women of the show are no longer talking to the DJ and have been refusing to invite him to any of their group events.