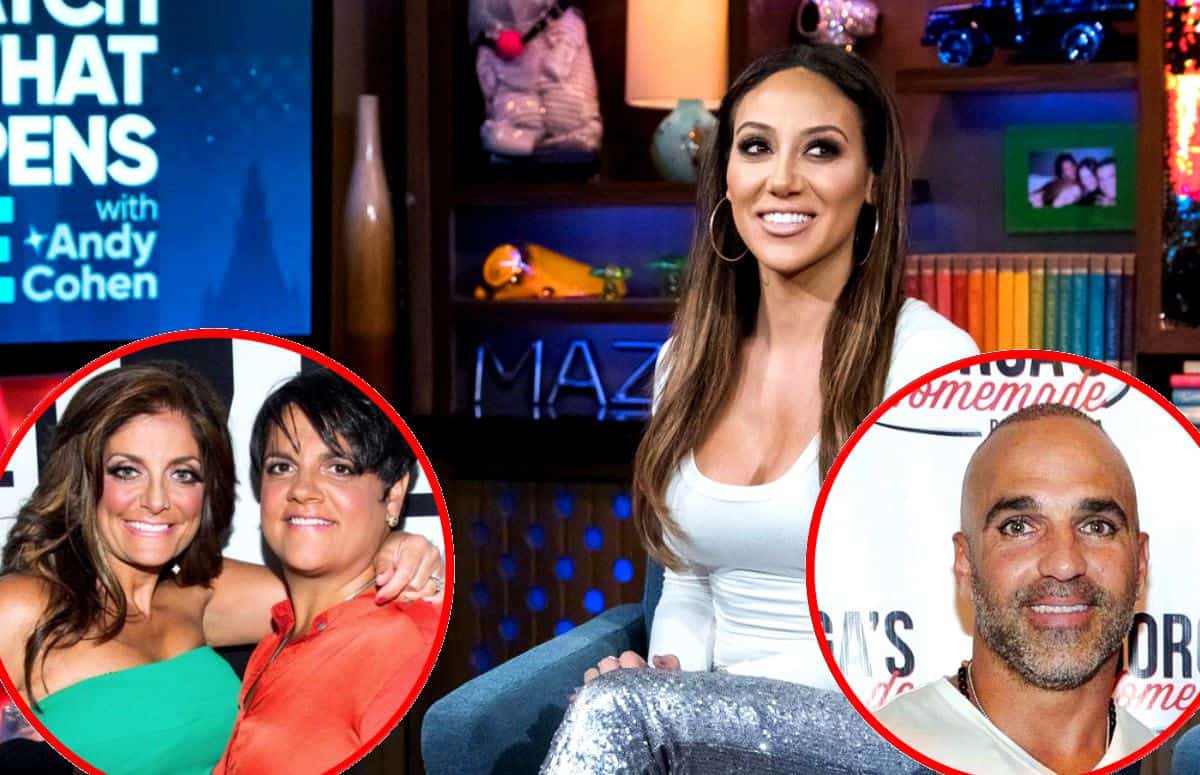 Melissa Gorga is revealing the real reason she is no longer in contact with her husband Joe Gorga‘s cousins, Kathy Wakile and Rosie Pierri.

The Real Housewives of New Jersey star appeared on Andy Cohen‘s Watch What Happens Live this week, where she addressed the family tension and confirmed she and Joe no longer have a relationship with their former co-stars.

According to Melissa, the rift stems from Kathy apparently feeling like she didn’t do enough to help keep her on the Bravo series.

“Honestly, I feel like because we entered the show together and then I stayed and [Kathy] was no longer on the show, she just felt like everyone should have helped her stay on,” Melissa explained. “I don’t know… It was like a lot of hard feelings for that.”

“I have no control. There’s no control over casting at all on the show for any of us. So, it caused a little tension,” she admitted.

Melissa then said that despite their unfortunate family rift, she feels the Wakiles and the Pierris are “good people” and have “amazing children.”

Melissa and Kathy joined the cast of The Real Housewives of New Jersey together during the show’s third season but after the series’ fifth season, Kathy lost her full-time role and has appeared only in guest roles in the seasons since.

In other Melissa Gorga’s news, the reality star, who recently admitted to having some ‘very hard struggles’ in her marriage to husband Joe, is now revealing she understands why some couples get a divorce.

“I’ve been on the show for eight years,” Melissa noted to ET Online. “I was [always] like, ‘We’re good, we got this. I don’t know what everybody else’s problem is, all these Housewives are getting divorces’… and then I’m like, ‘Oh, I get this. OK, we’re hitting a moment.’”

When it comes to the problems in her marriage, she admits it has to do with her busier schedule which now takes her away from Joe and their kids often.

“We do argue a lot,” Melissa shared. “We argue a lot because I am such a working girl now. And he’s truly very traditional and he’s breaking into it slowly. It’s like a very hard struggle. I just feel like I’m growing into my own, and it’s hard. I’m telling you it’s a struggle. It’s real, and I know anyone else in this business that has a family and a marriage the way I do knows what I’m talking about, because it’s a struggle.”

As for the current state of their marriage, Melissa and Joe are both dedicated to figuring out their issues, and are not considering a split.

“We’re fighting really hard and I think at the end of the day you really have to have the true love for one another because if you don’t, you’re not gonna get through this,” she added. “[He] and I truly do love one another, and we’re gonna fight for [our] love, our kids.”