Lala Kent Throws Shade at Scheana Marie and Reveals If She’s Quitting Vanderpump Rules, Plus She Admits to Fling with Female Co-Star & Says James Isn’t In Love With Raquel 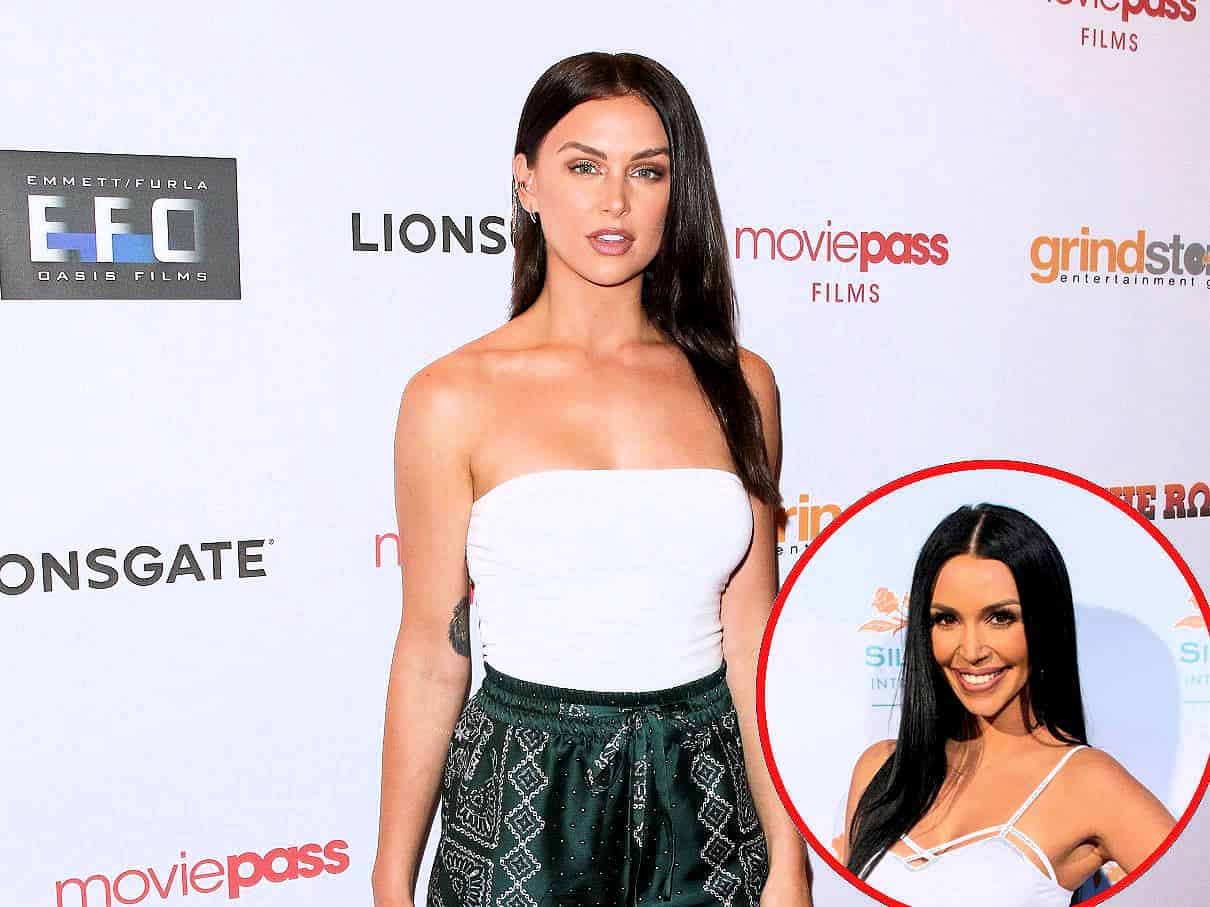 Lala Kent didn’t hold back during her latest interview about Vanderpump Rules and her co-stars.

Speaking to E!’s Justin Sylvester, the actress, singer, and beauty mogul opened up about her thoughts on former friend James Kennedy, her girl-on-girl encounter with one of her co-stars, her future on the show, and her alleged feud with Scheana Marie.

While Lala admitted to engaging in a fling with one of her female co-stars during the interview, she wouldn’t reveal which cast member it was – instead telling fans to tune in to the new season of Vanderpump Rules, which premiered on Bravo TV earlier this month, to find out who it is.

“I won’t say who,” she teased during her appearance on Just the Sip.

Although Lala couldn’t spoil the storyline of the show, she did reveal that her hookup with her co-star wasn’t the only girl-on-girl experience she’s had.

“I’ve had two relations with chicks and I’m usually pretty gone with the drink and it’s not my most favorite thing, but I’ve done it,” she said. “I don’t think I’d ever do it again. I like Randall and that part of my life but yeah, Lala had fun back in the day.”

While recent rumors have suggested Lala may walk away from her role on Vanderpump Rules once she and her fiancé, Randall Emmett, tie the knot in the coming years, Lala denied those rumors, explaining that she wouldn’t quit the show because for her, it’s important to have her own income.

“For me, it’s not really about the fame. It’s the fact that I’m working hard and I like that,” she said. “I like knowing that I’m making my own paycheck at the end of the day. I don’t think I could walk away from something that kind of keeps me ticking.”

“My mom always taught me that you can’t rely on anyone for your money because nothing is guaranteed. Tomorrow, Randall could find a newer, hotter Lala and if I’m leaving my career behind for him, what do I have? That terrifies me,” she continued.

As for her reported beef with Scheana, who recently worked with her former music producer, Sean2 Miles, who fans saw on season six of Vanderpump Rules, Lala said she isn’t mad at Scheana for working with Sean because she asked her before doing so.

“She did ask me if it was okay and I told her it was because at that point I knew whether I said yes or no, I’m never going to work with him for the mere fact that he reached out to work with her,” Lala revealed. ”It’s thirsty and it had nothing to do with him working with Scheana but at this point, you’re like the communal producer for Vanderpump Rules and for me, that’s not a good look.”

Although Lala isn’t mad at Scheana for working with her former producer, she did take a slight dig at Scheana’s music career.

“I love Scheana but I feel like vocally we’re not on, I’m not saying I’m Whitney Houston by any means, but I’m certainly not [her],” she said. “I don’t take art lightly. It’s something that, whether I’m good or bad at it, it’s something that’s therapeutic for me.”

Later on in the interview, when Justin asked Lala which cast member she’d cut from Vanderpump Rules if given a chance, Lala offered a surprising answer.

“I think every single person adds to our show. I don’t think we could do it without any of the cast members. Everything adds a certain something,” Lala confessed. “Even though I don’t love James, he brings something to the table. I think everyone does.”

And speaking of James, the host told Lala that James seems to be in love with her, despite his relationship with Raquel Leviss, and Lala appeared to somewhat agree, stating she isn’t convinced James actually loves his model girlfriend.