The Real Housewives of New Jersey Recap: Deja Vu All Over Again 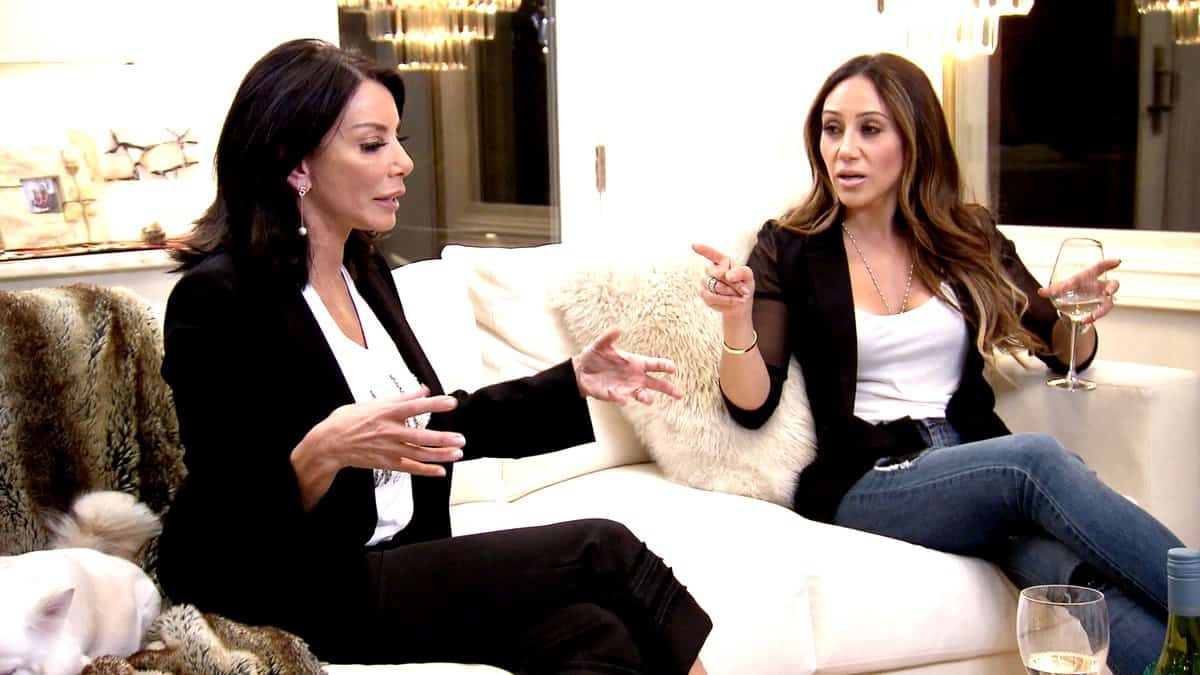 The Real Housewives of New Jersey has always been my favorite franchise and I never thought I say this, but they could really use some new material in the Garden State.  Somehow it seems like I’ve seen this whole story line before and it’s not nearly as fresh this time around.

When we caught up with the ladies last night, Teresa and Margaret were busy shopping for sex toys for Danielle’s upcoming wedding, and you’ll never guess what Teresa was talking about–Melissa!  The sisters-in-law are angry with each other (again) because Melissa isn’t doing what Teresa wants her to do (again) and it all stems from the way that Teresa’s brother, Joe is treating her family (again).

Poor Margaret listened to Teresa drone on and on (again) about how Melissa needs to “make Joey” spend time with their father.  She tried to talk Teresa down (again) but she was too far gone. Teresa said that Melissa knew exactly what she needed to do to get back into her good graces, and she simply wasn’t doing it.  To make matters worse, everyone wasn’t on Teresa’s side.

Newbie Jackie had the gall to defend Melissa when she and Teresa started arguing at Jennifer’s party last week, and apparently she’d never watched a single episode of the show before joining the cast because she broke not one, but two cardinal rules.  Not only did she dare to disagree with Teresa publicly (a scary choice) she had the unmitigated audacity to bring up the fact that Teresa’s husband, Joe was in jail (I know..everyone knows this already, but we’re supposed to say “away”). Needless to say, Teresa was seething.

In the meantime, Melissa and Joe were shopping for a suit their son Joey to wear for his communion, and Melissa was trying to convince her husband to make nice with his sister (again) lest she ruin their celebration of the blessed sacrament (again). I mean really, is it possible that it’s been 8 years since Teresa, the Joes and the rest of the Gorgas and Guidices had an all out brawl at Little Joey’s christening? Seems like only yesterday.  They grow up so fast!

Anyway, Teresa hadn’t mentioned the argument she and Teresa had over at Jennifer’s so as not to further upset Joe (again) but she did try to encourage him to be the bigger, better person when dealing with his sister.  But Teresa does have a point about one thing, the new girl has a big mouth.  When Jackie and her husband had Melissa and Joe over for dinner, it took all of five minutes for her to let the cat out of the bag. Joe was angry that his sister was blaming Melissa for his family’s issues (again) but he seemed absolutely thrilled when Jackie shared what she’d said about Joe Guidice, although he did warn her that Teresa can hold on to a grudge like a pit bull with a bone, and she was likely to bring it up again (and again) whenever possible.  Well one thing’s for sure–Joe knows his sister!

Teresa, Melissa, and Margaret were all preparing to be bridesmaids in Danielle’s upcoming wedding, and the three ladies went over to her house to finalize the bachelorette party plans and tend to the bride.  Surprisingly Teresa and Melissa were pretty pleasant with each other, and managed to get along throughout the evening, but it didn’t all go smoothly.  Danielle was being a complete brat, and telling the other ladies that they needed to be at her beck and call at all times leading up to the wedding.  She informed them that they were to answer every phone call, and call her to make sure she had what she needed when they didn’t hear from her.

Apparently, Danielle had a dress fitting that the other women didn’t attend, and she was sore about it.  She went after maid of honor Margaret particularly harshly, and reignited their argument from a few weeks ago when she told Margaret that she didn’t have her back because she went to Dolores’ hatchet throwing party, despite the fact that Dolores and Danielle don’t like each other (mainly because Dolores has good sense). They only just started speaking to each other again, and after listening to Danielle scold her for not being there for her (again) Margaret told her she was being a “bridezilla and an a$$hole” and said that they could have squashed the whole thing if she’d handled herself differently.

She added that Danielle should have handled her gift registry differently, too.  Rather than registering for expensive gifts, like Hermes napkins and Versace dishes, Margaret said she should have asked her guests to donate to charity.  After all, Danielle has a home crammed with extravagant things and certainly doesn’t need anymore.  It was all too much for Margaret, and she stormed off, ready to leave for good–but Danielle went after her crying and apologizing, and the two were soon hugging and rejoining Teresa and Melissa to finish planning the bachelorette party.

Now, obviously Dolores wanted no parts of planning Danielle’s wedding, and she had bigger fish to fry anyway — Frank’s been being less than truthful with her (again) and she’s simply not here for it.  While having dinner with her son, Frank Jr, Dolores discovered that Frank Sr had told their son about getting disbarred as soon as it happened, which upset Dolores because she had been the last to know and Frank had told her that he shared the news with her before anyone else.  When Frank Sr. showed up, she gave him the silent treatment until he flat out asked her what was wrong, at which point she told him that she didn’t appreciate being lied to (again).  He told her that she was being ridiculous and trying to make him feel guilty for no reason before grabbing his plate, and taking the dinner she’d made off to eat in front of the television, leaving Dolores to wonder how it was that she had two men in her life, and was lonelier than she’d ever been before.

When it was finally time for the bachelorette party, the bride to be made her entrance by descending from the ceiling on a large swing.  The ladies enjoyed the roaring 20s theme, as they wore flapper-inspired outfits and drank their drinks from phallic shaped straws.  They watched as Danielle had an x-rated lap dance, and Melissa asked if she was ready.  Danielle talked about her destination wedding, and worrying that everyone and everything would make it there on time for the ceremony.  When Melissa explained that she was talking about the marriage, not the wedding, Danielle explained that her relationship had many “ebbs and flows” and that she expected that trend to continue after they said I do.  Melissa found it a little disconcerting that Danielle seemed so matter of fact, and wondered if it was a sign of things to come (ya think?).

When Teresa got a moment alone with Danielle, she told her all about her issues with Melissa and how the new girl had stepped out of line.  Danielle was thrilled to hear that there was drama brewing, and told Teresa that if Melissa wasn’t going to have her back, she most certainly would.  Teresa was glad to hear this.  She said that she planned to “have it out” with Jackie at her earliest opportunity, and she was going to be needing backup! And have it out they will next week, and based on the previews, the newbie is not backing down! Stay tuned.