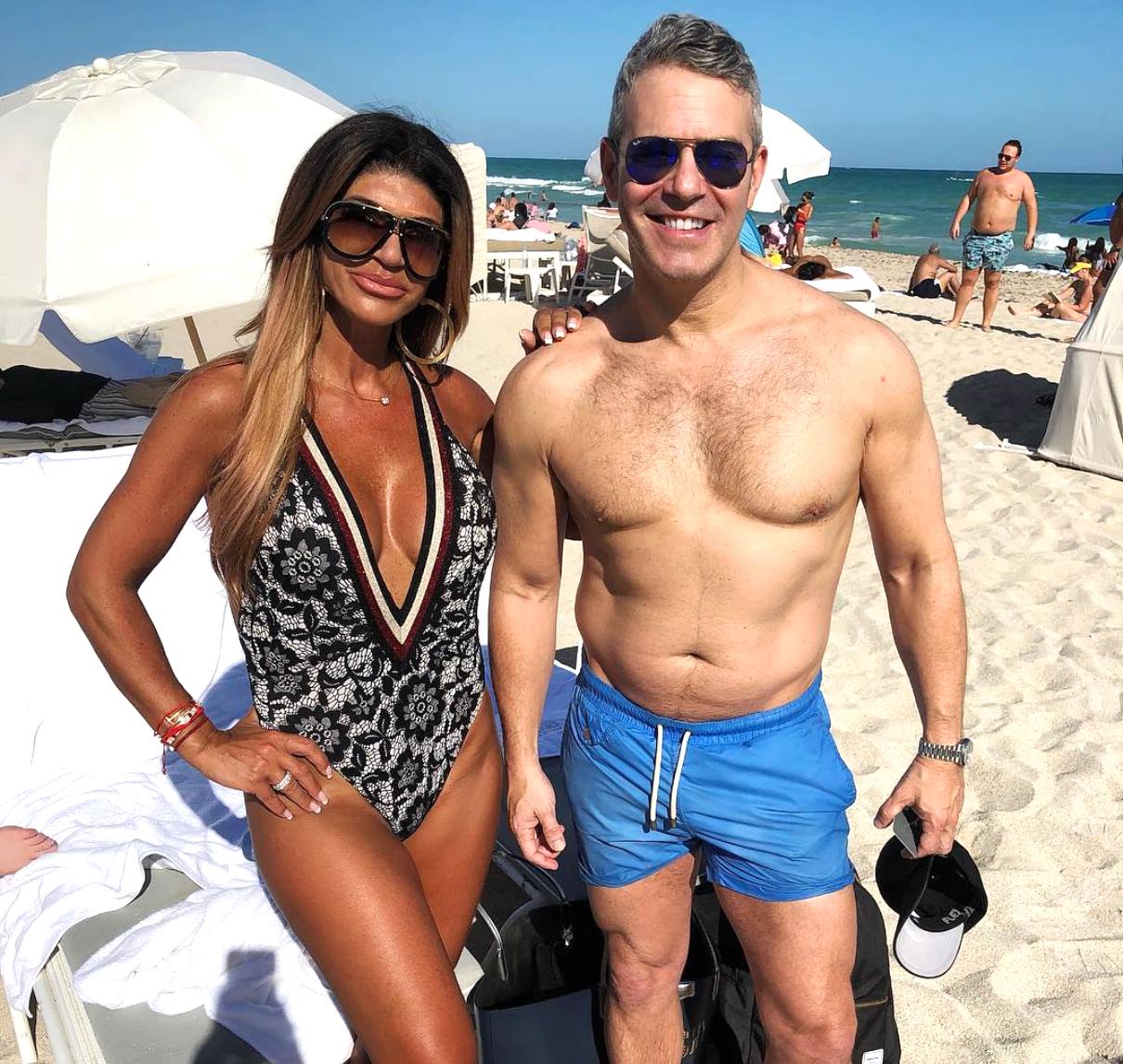 Teresa Giudice is living her best life as she vacations in Jamaica with her family!

“Stepped on the beach, ran right into Tre, & need you to please caption this pic! I’ll read the best on @radioandysxm Monday Morning,” the soon-to-be dad wrote in the caption of a photo shared on Instagram on January 2.

Stepped on the beach, ran right into Tre, & need you to please caption this pic! I’ll read the best on @radioandysxm Monday Morning. ☀️

After sharing the photo, Andy was met with comments from tons of his fans and followers, many of whom expressed concerns for Teresa and the health of her skin.

“Step away from the tanning bed,” one person encouraged.

“Tre you are getting way way too dark – use that sunscreen beautiful lady,” a second person advised.

Others told Andy to give Teresa one of the umbrellas seen in the background.

“Looks like Teresa needs the umbrella now!!” someone wrote.

“You should give Tre your NYE umbrella. That tan!” said another fan.

As Andy’s online audience continued to flood him with comments, some fans compared Teresa to “Tan Mom” as others warned of the dangers a dark tan can pose.

During her time in Jamaica, Teresa, who celebrated the holidays with her brother Joe Gorga before her trip, has been posting frequent photos of herself in swimsuits, including those seen below.

Starting my new year off right with my @dancer_audriana 🎊🥳❤️

Teresa has also shared photos of herself spending time with her daughters and her father, Giacinto Gorga, who battled pneumonia for weeks at the end of last year.

Jamaica 🇯🇲 vibes with this one 😍

💕with my @milania_giudice356 so excited for everyone to see what she’s been up to this season on #rhonj stay tuned! 👌🏽💋