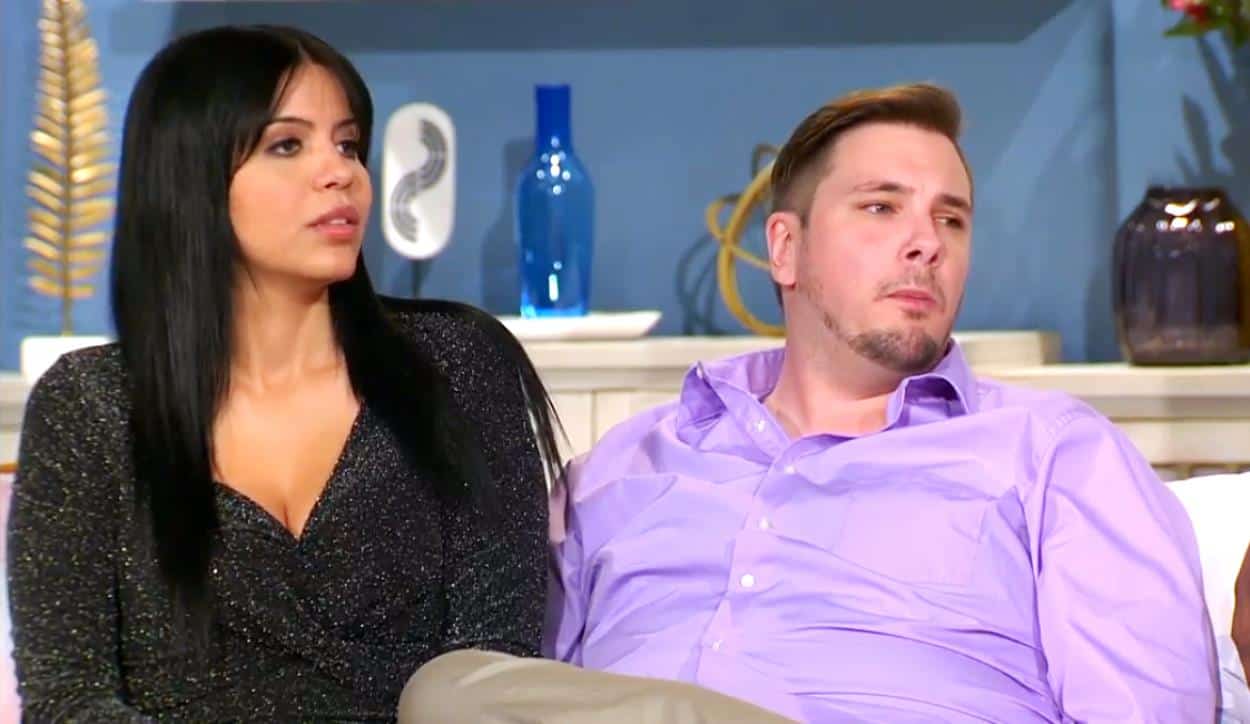 Dramatic music: check. Tense relationships: check. A reunion of couples who may or may not actually like each other: check. It’s part one of the 90-Day Fiancé Tell All.

As everyone snuggles onto the on-set sofa, it is very clear that one couple is missing: Colt-E and Larissa. (They are on a “rollercoaster” dealing with issues.) I mean, even Olga is there via Skype, so this isn’t a good look for the Vegas lovebirds. Shaun Robinson takes a look back at the couples’ early days. We are treated to an emotional Asuelo, a smiley Ashley, and an excited Fernanda. Ah, the good old days. Things have definitely changed over the course of the season. Ashley no longer trusts Jay after his Tinder debacle. Leida gets called out for having doubts about her relationship with Eric, but she blames her issues on the 90-day timeline. 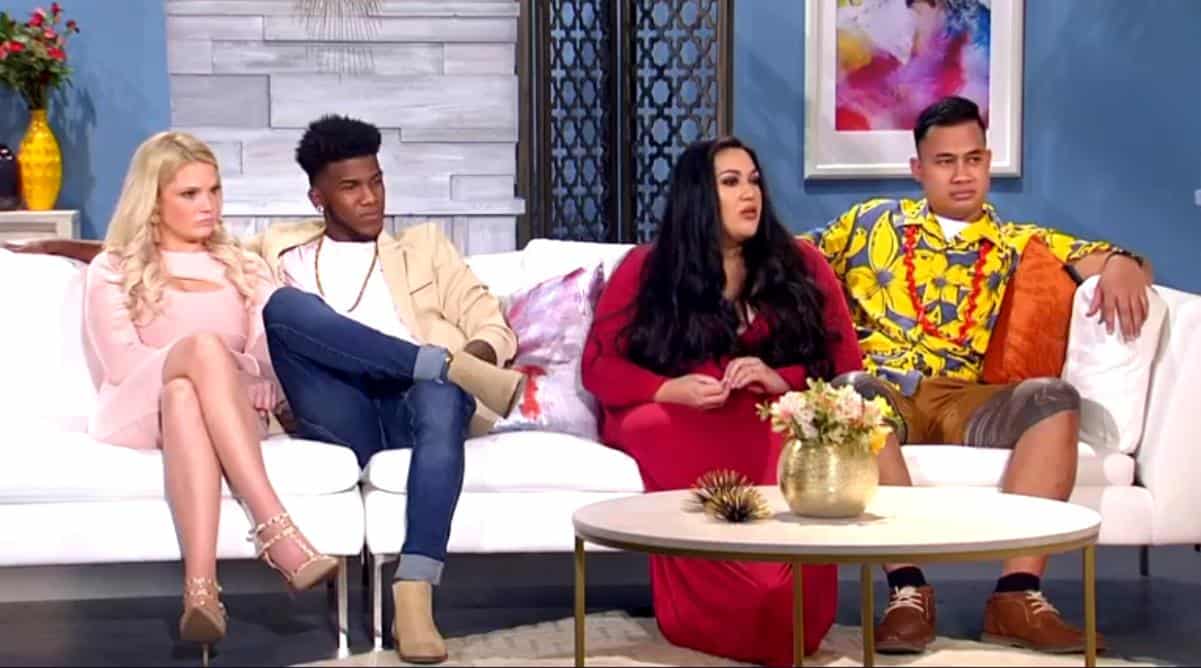 Many of the couples agree with that statement and naturally, Jay jumps on this bandwagon wholeheartedly. Figures. No one can understand Jay’s thought process about cheating three days after the wedding and Ashley calls Jay “slick.” Ashley straight up tells Jay, “you f*cked up, take it on the chin. Don’t even try to make excuses cuz you sound like an idiot.” Someone should tell Jay that Tinder is not a “friend-meeting” website. Pathetic. Speaking of pathetic, I am unclear why Ashley is still WITH Jay. Talk about a baffling situation… particularly because Ashley claims she is never going to be able to come back from the scandal…buuuut let’s not spill up.

I wish Steven’s face was more apologetic and embarrassed as he re-watched his scenes with Olga in Russia. He certainly showed a very ugly side of himself this season. When asked by Shaun if there was anything Steven felt he should apologize for, Steven replies no. UM WHAT. The other couples gang up on Steven for his gross behavior and Asuelo is close to getting his a*s kicked for laughing at Steven’s choices. “Why you need your fiancé to tell you thank you for what you are doing?” Steven states that it’s called, “RESPECT,” but the cast won’t let it go.

STEVEN REVEALS WHY HE STARTED A GOFUNDME!

They all try to show him what a d-bag he is, but Steven’s head is so far up his you know what that he is unable to realize how his actions come across. Olga insists that the couple has been communicating better lately, but I am 100% concerned with this relationship’s future. I mean, Steven didn’t even apply for Olga’s Visa when he told her he did! However, Steven does share that he worked his butt off, so he didn’t need a sponsor when Olga came to the states, so I guess Steven gets one point for being a good guy.

After a surprise five minute break, the cast settles back in to welcome Kolini, Kalani’s sister, and Oliver, Asuelo and Kalani’s son. Kalani’s self-important sister tries to explain her point of view this season, but in my opinion, she just seems jealous to have to share her sister with someone else. Asuelo tries to stay out of the conversation, as these sisters are crazy and are just looking for drama. Kalani explains that Asuelo could have sent money or diapers to try and show effort and support, but Asuelo didn’t realize that Kalani needed help “for providing.” Kalani becomes very emotional discussing the whole situation, but it seems like things are looking up for this weird love triangle. 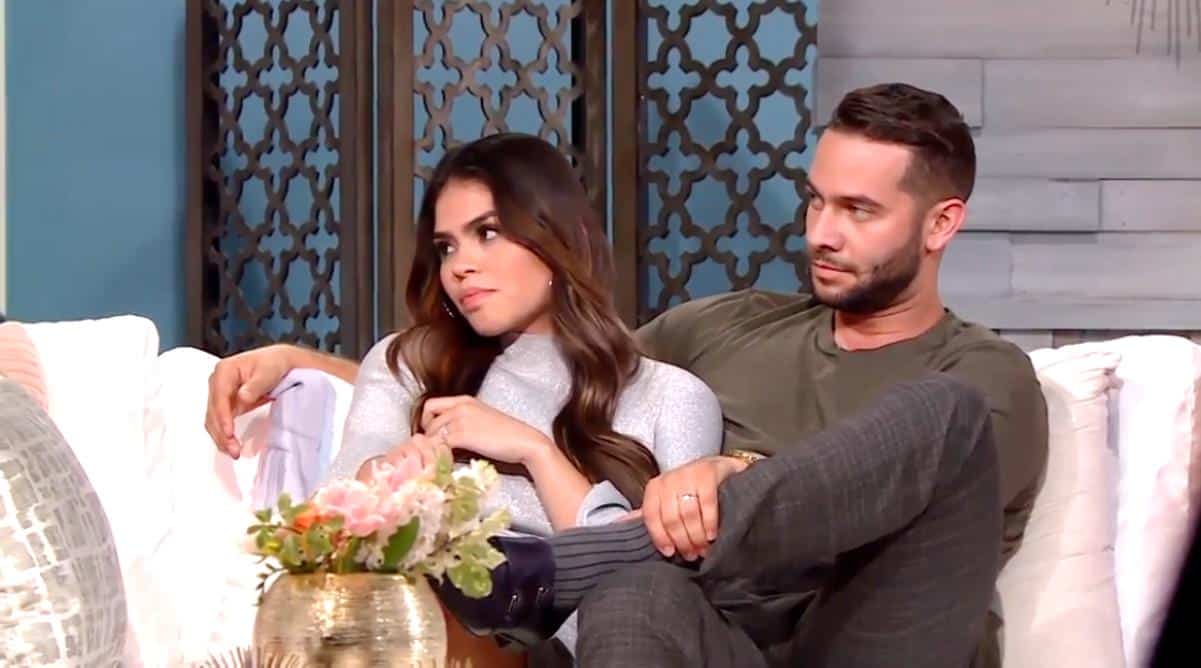 As the cast awaits Colt-E and Larissa’s big debut, they all b*tch about how selfish the couple is for strolling in late and causing a scene. While Colt and Larissa make their way to set, they share how evidently Fernanda and Jonathan have a beef with them. Colt, like an evil villain, ominously tells Larissa, “We’ll make sure to correct that this evening” and I get chills down my spine cuz he is just so creepy. Shaun keeps telling the couples that Colt and Larissa are on their way, but everyone is beginning to get fed up with this unnecessary suspense.

JONATHAN REVEALS MARRIAGE TO FERNANDA IS OVER!

While waiting, Shaun decides to hear Fernanda’s end of this social media war that she’s involved in with Larissa. Fernanda explains that Larissa’s sexy pose with a cop car was not funny, considering all of the trouble Larissa has been in lately. Larissa lashed out at Fernanda and thus, the birth of the beef begins. Sticking with Fernanda, Shaun recaps the season she had with her now husband, Jonathan. There are some pretty heavy clips to unpack full of tears and anger. Fernanda shares how lonely she felt when Jonathan ignored her calls and Jon does his best to tactfully explain the “Fernanda storm.” Fernanda further states that she didn’t always fully trust Jonathan, which was why she was calling Jon incessantly. The couple goes tit for tat about their jealousy issues, but it seems like life is good these days for the new Mr. and Mrs. 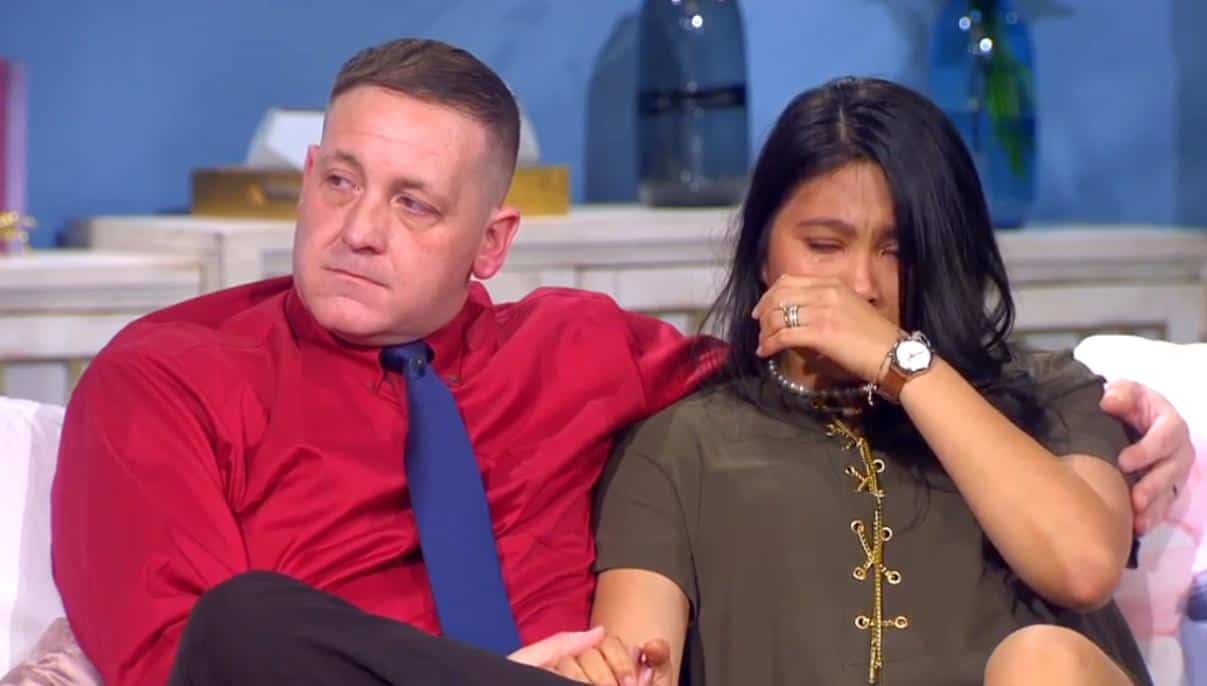 Colt- E, and Larissa have finally arrived, but Larissa’s luggage got missing along the way. Karma? Colt states, “We’re going into war without any of our equipment.” Oh puh-lease. It’s a social media comment fight…not WWIII. And it’s not even time for them to come out yet…nope, we have to sit through Eric and Leida’s exhausting season in review. We are reminded of Leida’s disgusting behavior regarding Eric’s child support and her want for Eric to give up his parental rights. Leida now claims that she “didn’t know all of the details” about the American child support system, but doesn’t quite back down on the whole money issue. Eric explains that he felt “rage, betrayal, pain, and torment” when Leida demanded him to choose between her or his daughters. Leida admits that she was selfish and tearfully explains that she does care and that she feels bad for her behavior.

Eric and Leida aren’t the only ones with a familial rift. Jonathan’s mother is hesitant to accept Fernanda and cannot seem to comprehend that a 19-year-old would want to marry her son. It turns out that Jonathan and his mother have grown apart over the years and it didn’t help that his mom had to find out about the engagement via social media. Awkward!!! Fernanda states that Jon and his mom don’t respect each other, but that it is important for her fiancé to mend the relationship with her ASAP. Jonathan shares that he wants to make everything better and now it is a priority to check in and show care. 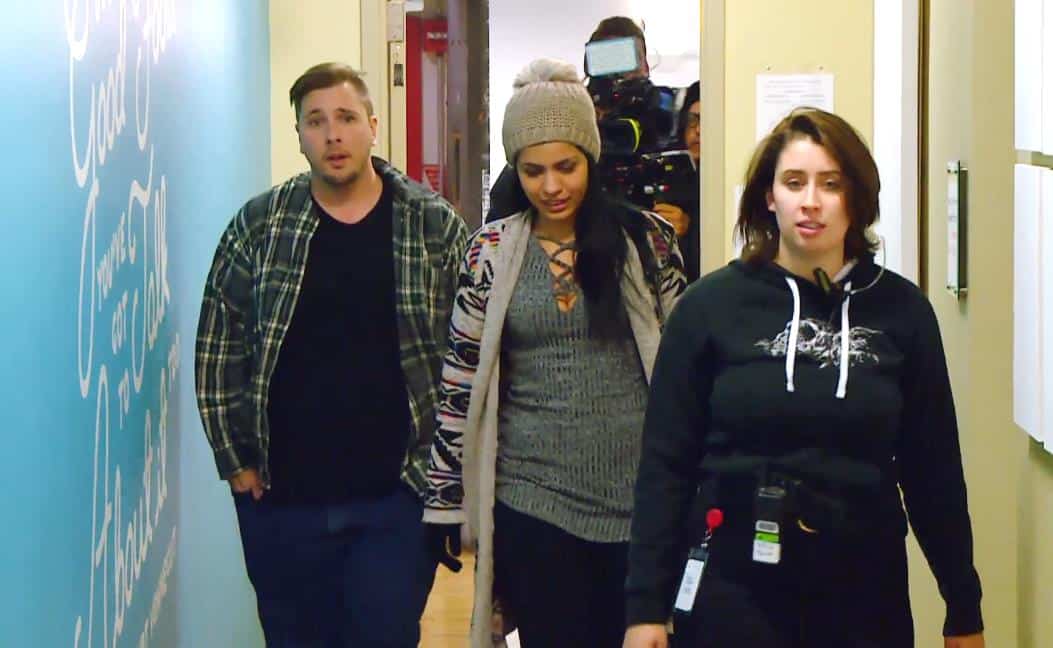 It’s finally time to welcome Colt and Larissa to set for their big debut. It’s about damn time. They enter and Shaun immediately addresses the elephant in the room. Fernanda shares that she was “more comfortable without them here” and Larissa jumps right in. Colt demands to know what Fernanda’s problem is and Larissa looks ready to pounce. It’s quite funny listening to Larissa’s account of the social media war and when she ends the rant with “show respect you f*cking brat,” I am left confused. Colt and Larissa holler and don’t give Fernanda a chance to share her side. Fernanda claims that Larissa is jealous of her and Larissa shrieks, “jealous of your body? You are bones!” FOR SOME REASON, Asuelo, who is not even involved, begins freaking out and punching himself in the head and things are escalating quickly. One by one, members of the cast storm off set and Colt-E and Larissa are left to fight alone. I’m glad everyone is mature this season…