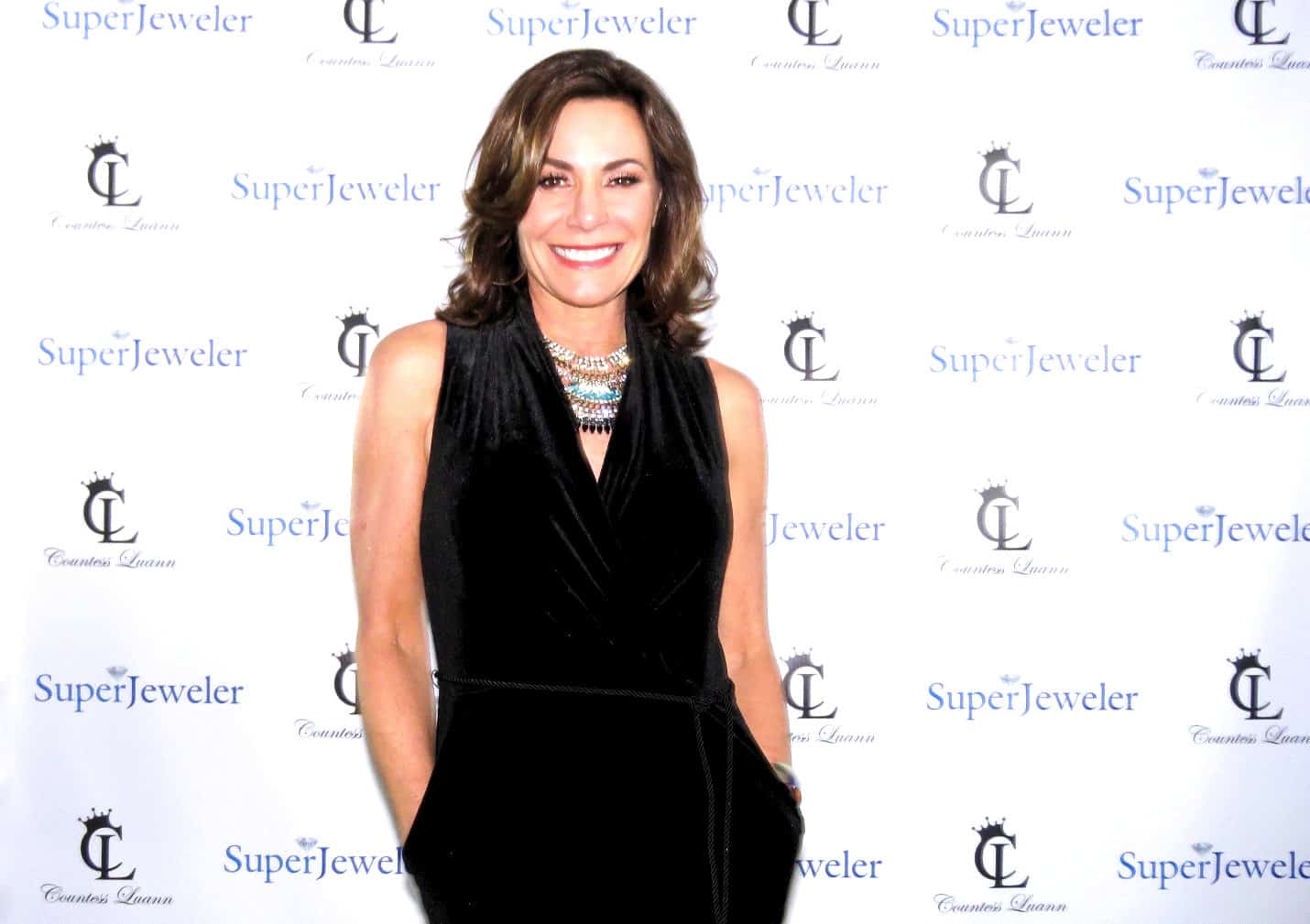 LuAnn de Lesseps sat down with Reality Blurb at her Valentine’s Day pop-up shop hosted by SuperJeweler at their showroom in New York City last week.

After meeting and mingling with several fans and showcasing her jewelry line, Countess Collection x SuperJeweler, LuAnn opened up about the upcoming 11th season of The Real Housewives of New York City, the drama amongst the cast, and her jewelry collection.

“We travel, as always, we always have our crazy trip to The Berkshires. We go to Miami. I buy a new home, so you’ll see that,” LuAnn told us of what fans can expect to see on the new episodes.

While LuAnn couldn’t say much about what is to come on season 11, she did address her tension with Bethenny Frankel, which she first spoke of last week.

“Bethenny and I have always had a tumultuous kind of relationship. So, it has its ups and downs but at the end of the day, we respect each other,” she explained.

LuAnn also revealed she will “for sure” be seen dating during season 11.

Throughout the event, LuAnn mingled with her guests and fans, and styled several of her attendees with pieces from her jewelry collection.

“I love jewelry. I’ve collected jewelry for my lifetime from all over the world,” LuAnn said when asked about her designs.

“SuperJeweler and I, they actually sent me a couple of things to wear and I wore them in my cabaret shows and I really loved them. And so that’s when we started collaborating and working on the collection together,” she revealed. “[I was] very involved in the process and picking the colors of metals and stones and crystals and lengths of the chains and you know, weights. That’s very important to me, that it is adjustable, that you can take your look from day to night with a simple piece.”

“It’s cabaret for everyday,” she added.

Since the release of her jewelry line last year, LuAnn has been flooded with amazing support from fans, which should come as no surprise. Not only are the items in the collection stunning, they’re reasonably priced and start at just $49.00.

“It’s amazing. Everybody is loving it because the price point is really good and it’s quality, and easy to wear and isn’t heavy,” LuAnn explained. “Everybody’s reaction has been fantastic. And to actually wear a piece on the show and have them see it and go online to buy it is great.”

Getting back to RHONY, LuAnn told us she was happy to see her friend, Barbara Kavovit, added to the series’ cast for season 11.

“Barbara is a friend of mine and she’s great,” LuAnn gushed. “She’s a woman who is empowering because she’s a builder and a fantastic, not only person, but businesswoman and one of my best friends. I’m excited to have her on this season.”

After Barbara’s addition to the show was announced, her new co-star, Ramona Singer, took aim at her by refusing to talk about her during an interview with Entertainment Tonight and making a point to confirm Barbara wasn’t a housewife, but rather a “friend” of the ladies. LuAnn revealed she confronted Ramona about her comment.

“I called Ramona up and I said, ‘You should apologize!’” LuAnn revealed.

As for Barbara, she quickly clapped back at Ramona during an interview with AOL and slammed her for being “nasty” and “condescending.”