Home Real Housewives of New Jersey News Melissa Gorga Accuses Teresa Giudice of Plotting to Take Her Down at RHONJ Reunion! Throws Shade at Her Friendship with Danielle Staub

Melissa Gorga Accuses Teresa Giudice of Plotting to Take Her Down at RHONJ Reunion! Throws Shade at Her Friendship with Danielle Staub 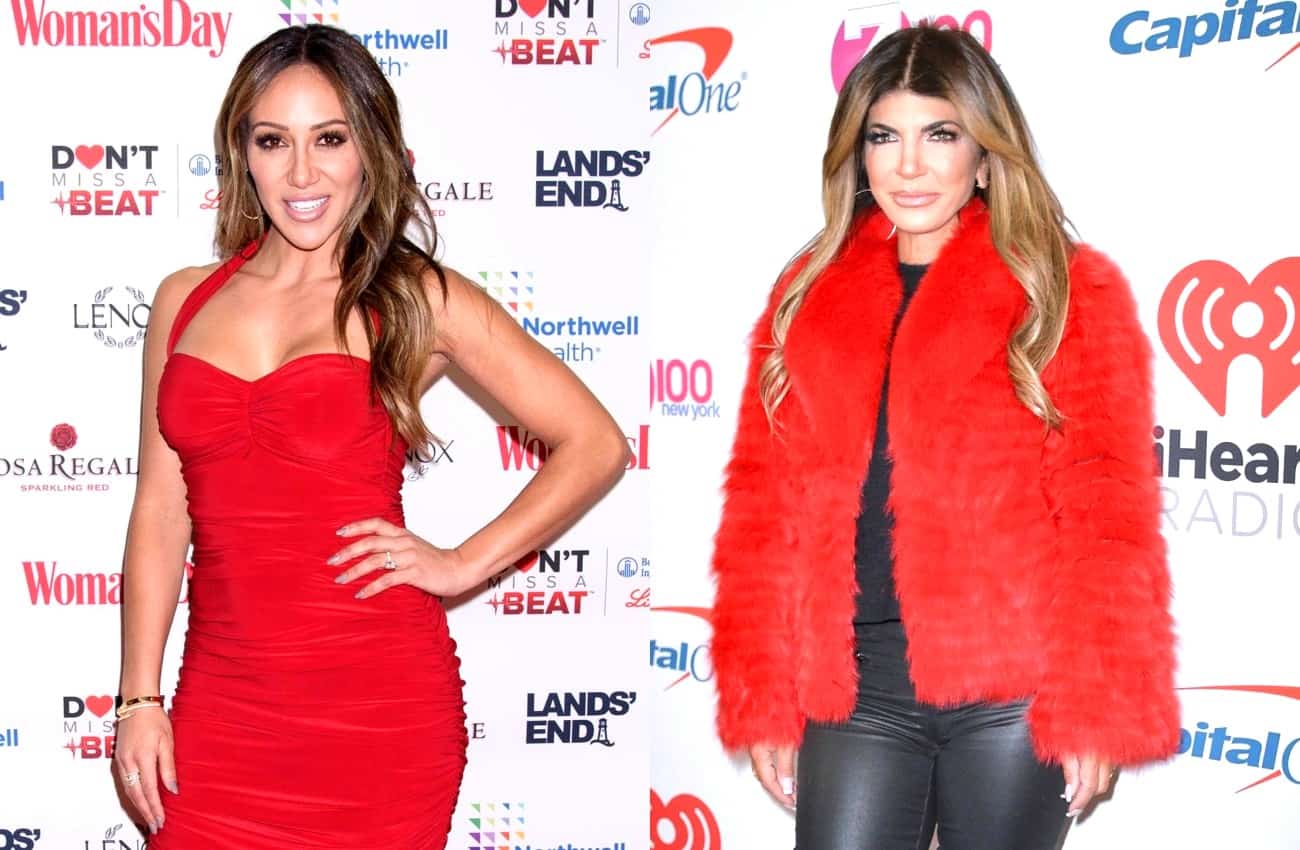 Melissa Gorga claims the ninth season of The Real Housewives of New Jersey was the best season “in a really long time” but that doesn’t mean she wasn’t dealt with her fair share of surprises during filming.

During a new interview, Melissa spoke of season nine and opened up about the ongoing drama between herself and Teresa Giudice, who she claims went into the reunion with plans to take her down.

“I really think it was good,” she told The Morning Toast hosts of the current season.

In addition to the introduction of two new cast members, Jennifer Aydin, and Jackie Goldschneider, the latest season of the show saw Melissa at odds with her sister-in-law once again and during her interview, Melissa admitted her relationship with Teresa was severely impacted by the reunion.

“When you guys see the reunion you are going to be in shock. It’s shocking and this is not me promoting the show. For real, my mouth was dropped the whole time,” Melissa revealed. “Teresa and I go at it very unexpectedly, for me. I feel she had an agenda, didn’t give me a little heads up on this agenda, didn’t let me know how she was feeling about things and went for my jugular within three seconds.”

After a couple of years of staying civil for the sake of their family, Melissa was taken aback by Teresa’s behavior, especially considering their relationship had been quite healthy in the days leading up to filming.

“You will clearly see… I was like, ‘I was just at your house. We were just eating pasta.’ I was like, ‘What am I missing?’ Andy Cohen looked at me like. He’s like, ’What’s happening?’ I’m like, ‘I don’t know,’” Melissa recalled.

Also surprising to Melissa during season nine was Teresa’s closeness to her former nemesis, Danielle Staub.

“Besties. Up each other’s butts,” Melissa said of their friendship. “Danielle is very like, ‘Yes Teresa, sure Teresa, anything you say Teresa, yes Teresa, you’re the best, you’re the prettiest, you’re the sexiest.’ They are besties now. So, you know how that goes.”

As for the new cast members, Melissa had good things to say about Jennifer and Jackie but confirmed she was much closer to Jackie because she sees a lot of herself in her.

“Jackie and Jennifer couldn’t be more opposite human beings. Polar freaking opposites. Jennifer has more of that quirky… She’s more like Teresa. She just goes well with Teresa and Jackie goes well with me. We just think more alike,” she explained.

“Jackie had balls this season, which is not easy,” continued Melissa. “She reminds me of me in similar ways because when you don’t naturally have that cooky craziness, which I feel that Jennifer kind of does… she does have that little vibe to her, Jackie is more of like a level-headed… and you are still able to tell your truth and say you don’t agree with something and take the pressure… I like Jackie a lot.”