Lisa Vanderpump Throws Shade at RHOBH Castmates! Plus Kyle Richards Says She Planned to Reconcile with Lisa at Premiere Party 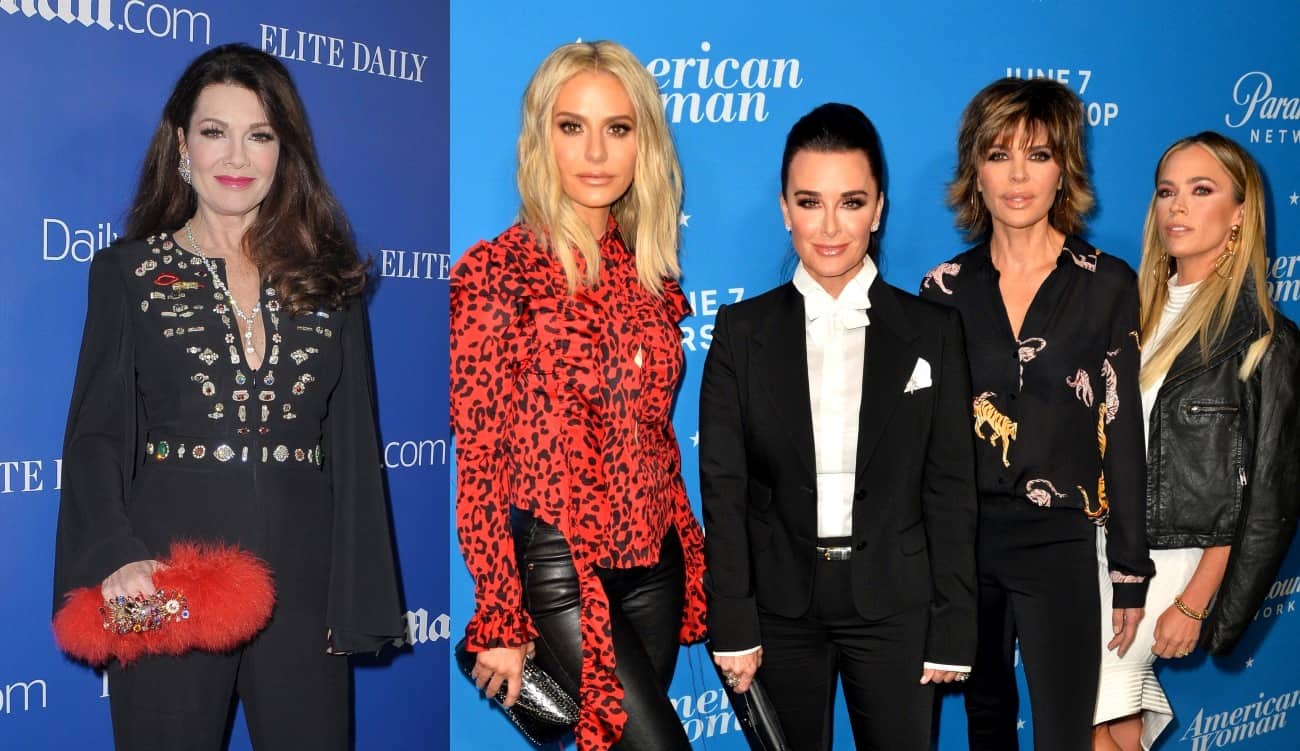 Lisa Vanderpump is throwing some major shade at her Real Housewives of Beverly Hills castmates, as Kyle Richards is making it clear that she would like to mend her relationship with Lisa after going through months of not speaking to one another.

As most RHOBH fans are aware, Lisa remains locked in a feud with her co-stars after most of them accused her of leaking a negative story about Dorit Kemsley to the press, something which Lisa has denied. Additionally, Lisa has also been called out by some of her co-stars for not engaging with the cast, including Lisa Rinna who took to Twitter two weeks ago to demand Lisa attend the premiere party… which she ended up attending.

After Rinna’s tweets, a number of Lisa’s fans fired back at her, stating that unlike the other ladies on the show, Lisa is quite busy running her many bars. This leads us to February 16, when Lisa took to her Instagram page to post about her successful bars and restaurants, while also taking a not so subtle shot at her fellow cast members.

“Loving villa blanca tonight …so romantic, this is what I do lol,” wrote Lisa under a video of her Villa Blanca restaurant.

And then moments later, she shared a video of another restaurant with a shady caption.

“And then there’s Pump. This is also what I do… . Lol #NotJustaHousewife,” wrote Lisa.

But she wasn’t done yet as she also posted about her TomTom bar.

“Well, it’s complicated… but this is what I do. Lol #DefinitelyNotJustaHousewife Voted #1 bar in California #whilstyou’rethere,” Lisa added. 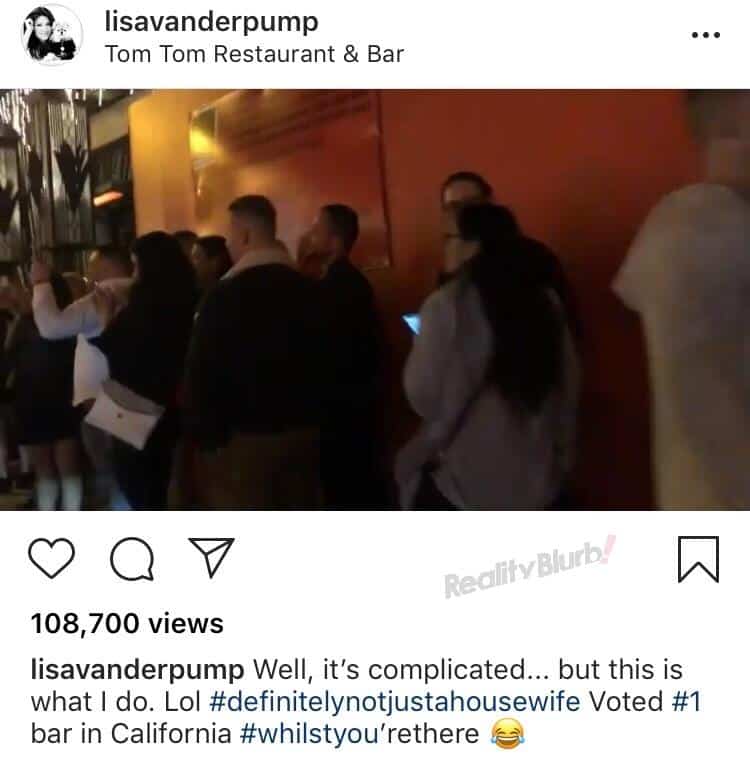 This latest round of shade by Lisa comes just days after she told her castmates to ‘kiss her a**’ in her season nine tagline.

In other RHOBH news, Kyle is revealing that she had actually planned to reconcile with Lisa during the recent RHOBH premiere party last Tuesday, but, as most fans are aware, Lisa left the party early before most of the cast showed up.

“I was looking forward to speaking to her tonight actually,” said Kyle to Life & Style magazine at the party. “I thought, oh, this is a good time because I’ve reached out in other ways, so I thought that tonight with it being season 9, we should be celebrating.”

While Lisa reportedly tried to leave the premiere party before any of her co-stars arrived, in order to avoid any awkward run-ins, Kyle actually revealed she saw Lisa’s husband Ken Todd at the event.

“I thought it would be a good time to make amends. I saw Ken [Todd] over here, and thought OK, I’ll do the carpet and then go and say hello but she’d already left,” explained Kyle.

And despite her blog this week, in which she accuses Lisa of plotting to make Dorit’s dog drama a storyline, Kyle insists she still cares very much for her former close friend. She also addressed being kicked out of Lisa and Ken’s home, allegedly after accusing Lisa of leaking the story about Dorit to the media.

“I wanted to be honest, and I spoke the truth and her reaction was very extreme. It was totally surprising and hurtful because I care about both of them,” said Kyle. “She may think I must not care about her because of what I said, but just because you have an opinion doesn’t mean you don’t care about that person, but that’s hard for her to understand.”

So, will Kyle be reaching out to Lisa again? That doesn’t look too promising as she stated, “I have. I mean, how many times can I try?”

TELL US – SHOULD LISA TRY TO TALK THINGS OUT WITH KYLE?