Home Real Housewives of Orange County News Did Vicki Gunvalson Agree to Pay Cut and ‘Friend’ Role In Order to Return to RHOC? Plus Find Out How She Lured Producers!

Did Vicki Gunvalson Agree to Pay Cut and ‘Friend’ Role In Order to Return to RHOC? Plus Find Out How She Lured Producers! 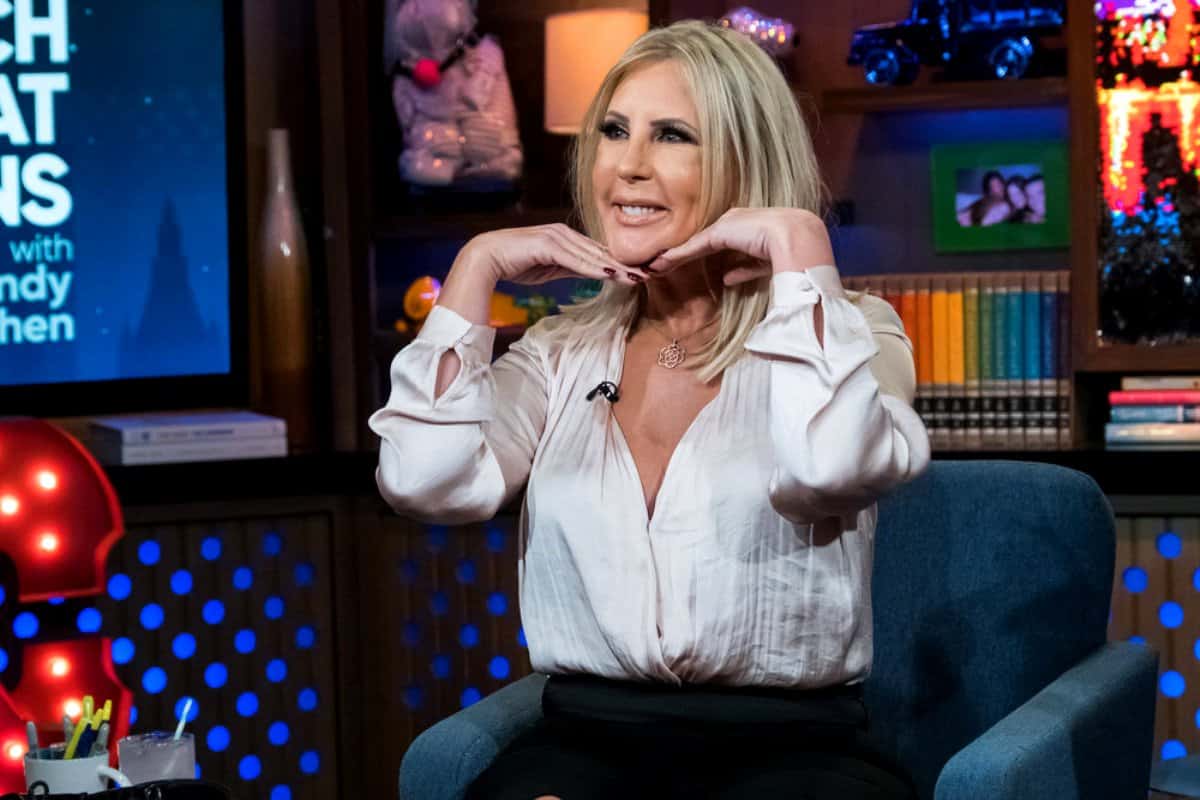 Vicki Gunvalson confirmed she was back to filming on The Real Housewives of Orange County over the weekend on Instagram but has she returned to the full-time role she’s held for the past 13 seasons?

On February 17, Radar Online revealed Vicki returned to the show in a “friend” role after taking “a nearly 50 percent pay cut per episode, and she has no guarantee for episodes.”

According to the report, Vicki missed one week of filming during the time she was vacationing in The Bahamas with boyfriend Steve Lodge. As fans will recall, Kelly Dodd confirmed the start of production earlier this month and a short time later, she and Shannon Beador were seen spending time with reported new housewife Braunwyn Windham-Burke.

Although Vicki signed on in a part-time role, it reportedly took some convincing.

“Vicki’s attorney pitched to the show the idea of her getting engaged to Steve as part of a big storyline. That was basically her only leverage,” the insider explained. “It’s soon to tell whether Vicki will be a RHOC full-time member or a part-time member. She will, however, have getting engaged and getting married as a major part of her story line this season. That was a game changer when she brought that to the table.”

As the source explained, some believe Vicki “should have walked like NeNe Leakes did after The Real Housewives of Atlanta season 7.”

“Producers did the same thing to her that they did to Vicki. But NeNe left making $50,000 an episode and then ratings tanked without her. NeNe then returned at $100,000 per episode, getting the last laugh!” the insider explained.

That said, Vicki reportedly told the source she got “exactly what she wanted” out of her new deal.

According to an additional report shared by Tamara Tattles, Vicki accepted a “lowball offer” from Evolution Media, the production company behind the RHOC and will likely be featured in a part-time role.

However, if Vicki were to have a very exciting season, say, with an engagement to Steve, she could very well be seen in each and every episode of the show and end up with a full-time position… while still receiving a smaller salary.

The Real Housewives of Orange County will return to Bravo TV later this year for season 14.