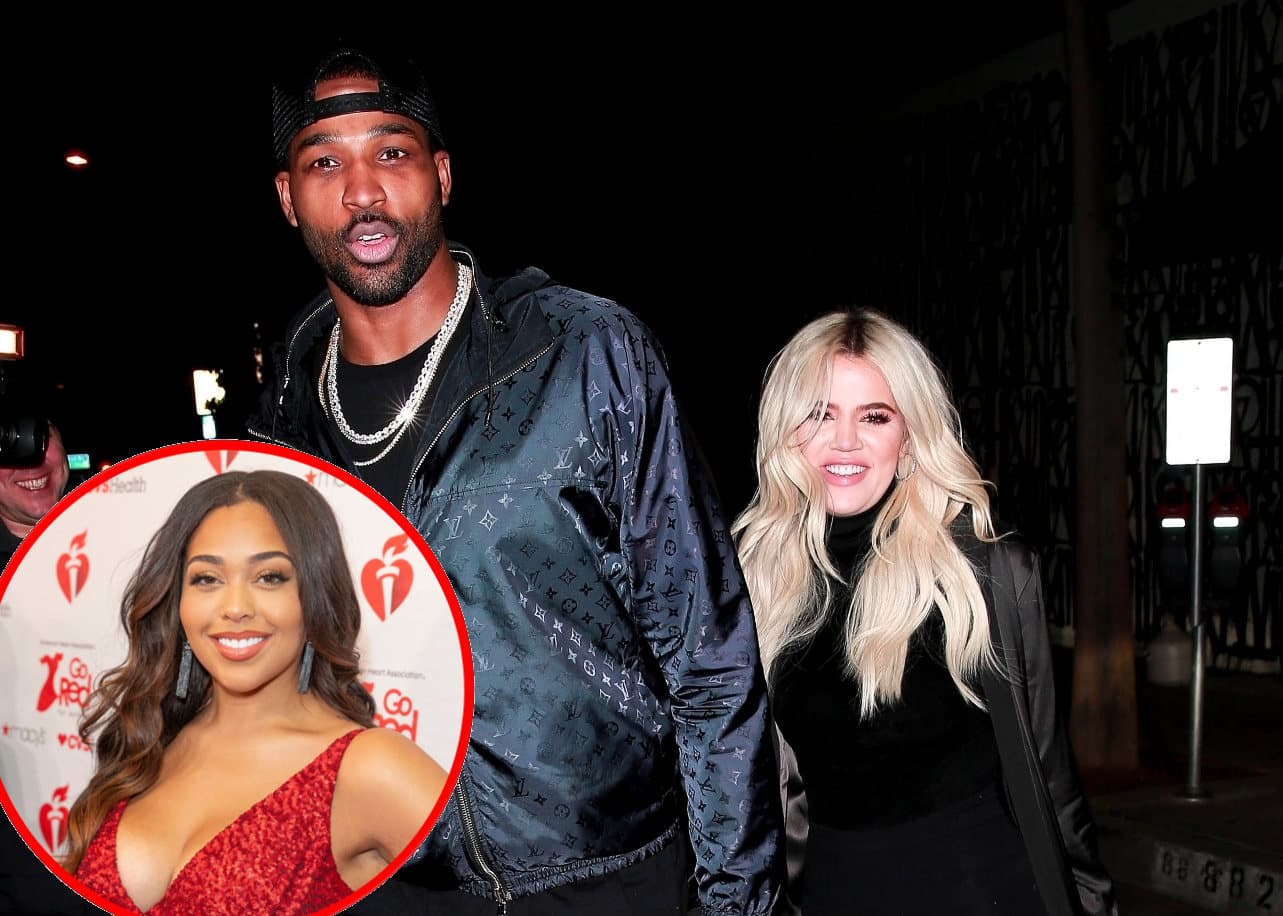 Khloe Kardashian and Tristan Thompson have reportedly called it quits following yet another cheating scandal.

Over a year after the Cleveland Cavaliers player was caught in a number of compromising positions with other women around the time of the birth of their baby girl, True Thompson, he’s being accused of having an affair with Jordyn Woods, the best friend of Khloe’s sister, Kylie Jenner.

On February 19, TMZ shared a report in which it was revealed that after flying to Los Angeles from Cleveland to spend Valentine’s Day with Khloe and their daughter, Tristan attended a house party on Sunday where he allegedly hooked up with Jordyn.

According to witnesses, Tristan and Jordyn were all over each other at the party and even made out in front of the other guests.

After finding out about their rendezvous, Khloe reportedly split from Tristan immediately and while she took him back after his previous cheating scandals, the insider said there’s “little chance” of reconciliation this time around.

“She has had enough,” the source said.

In October 2017, Tristan visited a hookah lounge in Washington D.C. where he motor-boated one woman as he got handsy with a second. Months later, just days before daughter True was born, video of the incident hit the web and shortly thereafter, another video surfaced in which Tristan was seen entering a New York City hotel with a different woman.

Following the shocking news of his alleged hookup with Jordyn, Tristan tweeted and deleted a post which read, “FAKE NEWS.”

Tristan Thompson tweets and then deletes response to reports that he cheated on Khloé Kardashian with Kylie Jenner's BFF, Jordyn Woods. pic.twitter.com/h5xT07IpHv

Khloe, however, appeared to confirm the cheating reports after she commented under an Instagram post reporting the news with ‘speak’ emojis. Khloe’s best friend, Malika Haqq, also commented on the post writing “STRONG FACTS.” A screenshot is below via The Shade Room. 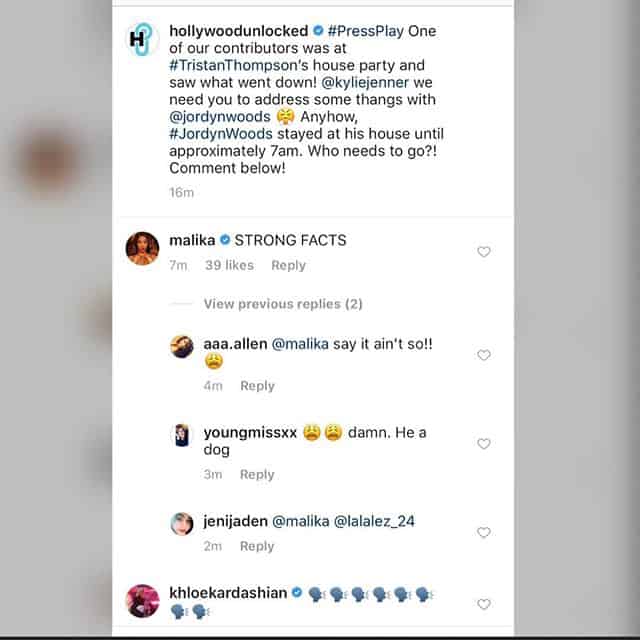 Keeping Up With the Kardashians returns to the E! Network on March 31 at 9 p.m.