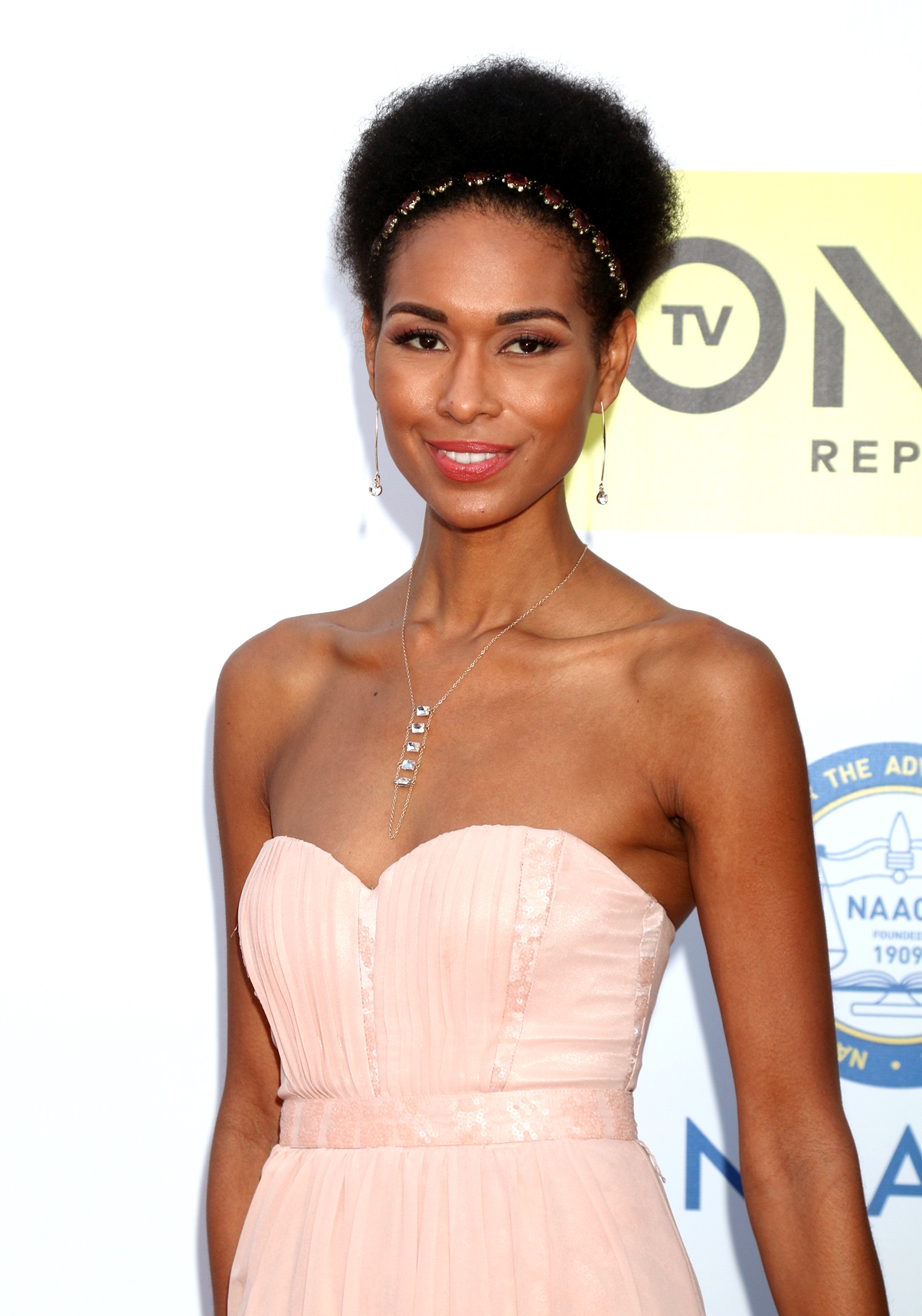 Katie Rost shared a heartbreaking photo of herself on Instagram last week.

Last Thursday, the Real Housewives of Potomac cast member took to her page and posted an image of herself naked on a bathroom floor with blood dripping from her body. Then, in the comments section of the post, she told fans she had suffered a miscarriage.

“I miscarried, Jacob took the picture, he posted it on my phone, he was mad, said they killed my baby. I am ok, will take this down now,” she wrote, before deleting her post.

Jacob is Katie’s current boyfriend, and was presumed to be the father of her baby. Katie first shared her baby news publicly in November of last year and shared an image of her baby bump just weeks ago.

After sharing the upsetting image with her fans and followers, the reality star returned to Instagram where she shared a second post in which she accused her ex-husband, James Orsini, of abuse.

“As soon as I got here, my therapist told me, ‘Katie, let it go, no more lies, no more protection for your abuser.’ And so as vulnerable as this makes me, I’m telling my truth today,” she wrote in the caption of her post. “Even though the state of New Jersey told me I’m not allowed to tell my story and I may go to jail. Here it is from the public record.”

Katie also included a photo of her police report against James. A screenshot is below as we have redacted some of his personal information. 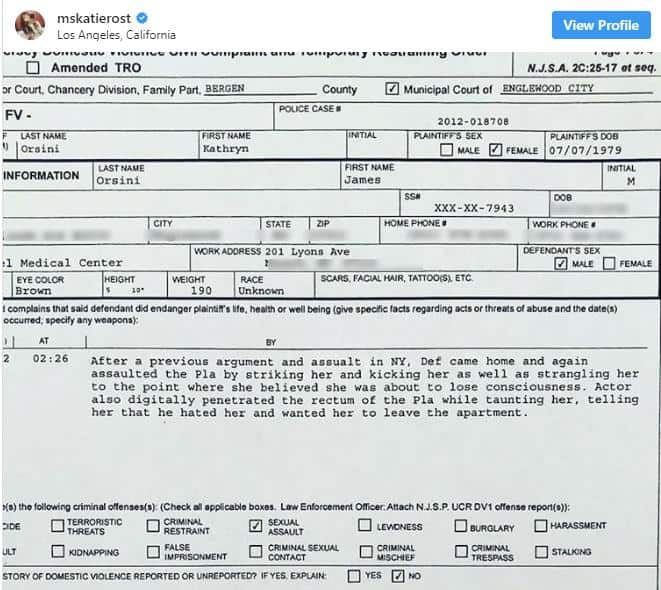 In the police report, Katie’s allegations against James were detailed.

“After a previous argument and assault in NY, Def came home and again assaulted the Pla by striking her and kicking her as well as strangling her to the point where she believed she was about to lose consciousness. Actor also digitally penetrated the rectum of the Pla while taunting her, telling her that he hated her and wanted her to leave the apartment.”

After sharing her claims of abuse against James, Katie encouraged fans to click the link to a YouTube video which appears to feature a man, who Katie alleges is James, verbally abusing he, telling her how much he hates her, and at some point referring to her as a “c*nt.”

According to a report from Starcasm, James has gone to court and demanded Katie refrain from “disparaging Plaintiff through social media, and on any television or social media programming.” Katie has also reportedly been ordered to “remove disparaging social media postings about Plaintiff.”

Although it is unknown when the alleged sexual assault took place, the outlet revealed Katie’s complaint was filed in civil, not criminal court as the top of one of her documents reads, “New Jersey Domestic Violence Civil Complaint and Temporary Restraining Order.”

Katie and James share three children, including a son and twin daughters. It appears the exes might also be engaged in a custody dispute as just last June, Katie took to Instagram asking for help after revealing she hadn’t been allowed to see her kids in two months. It did appear she was able to see them shortly after as she shared photos of them on her social media.

Below is a photo of Katie and her boyfriend, Jacob, along with a special message from Katie in regard to those who have supported her during this difficult time.

The Real Housewives of Potomac season four is expected to premiere on Bravo TV sometime later this year.