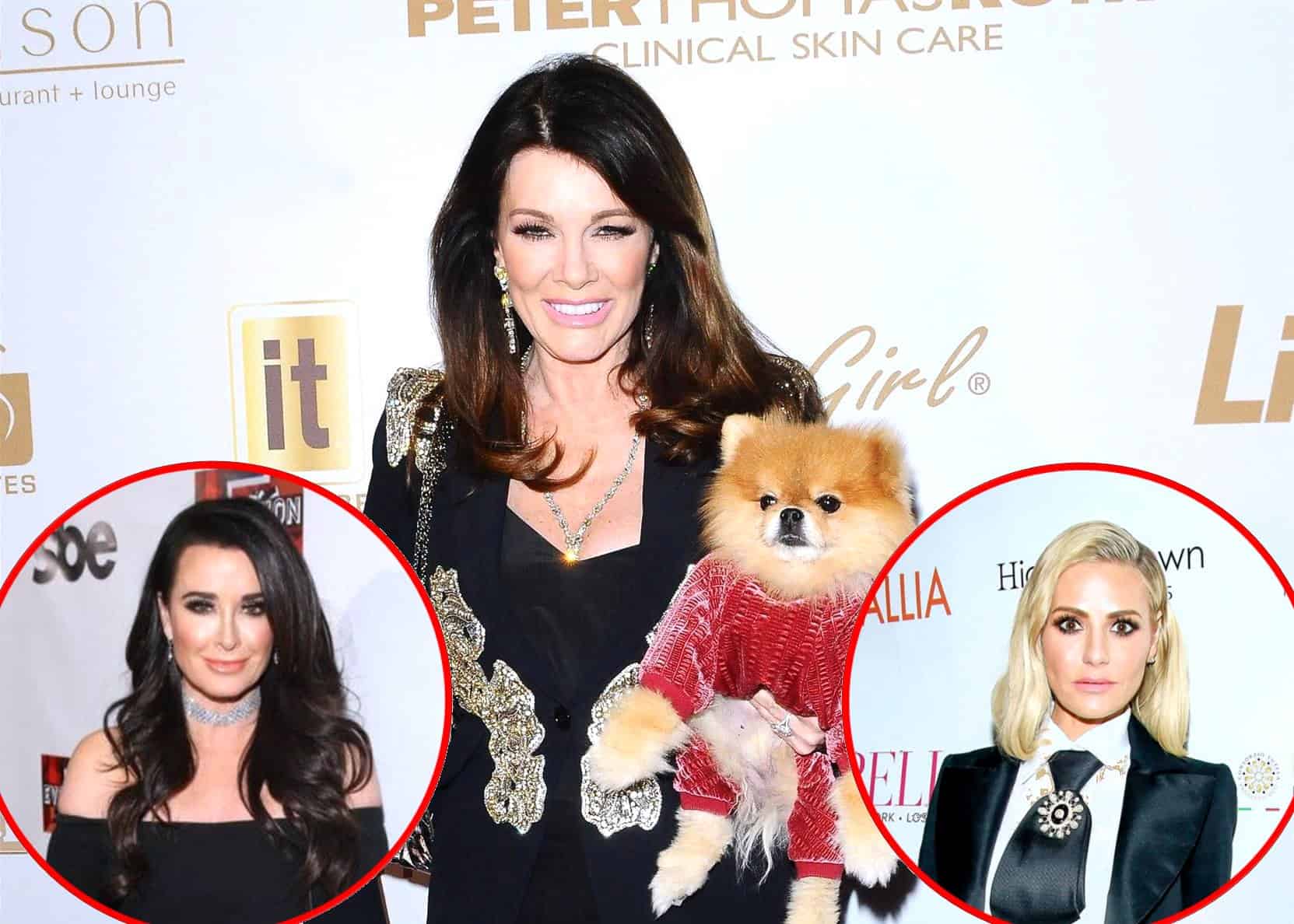 Lisa Vanderpump has finally shared a blog with her fans.

As her Real Housewives of Beverly Hills co-stars accuse her of lying and setting up Teddi Mellencamp to take the fall for pushing a negative story about Dorit Kemsley and her former dog, Lisa opened up about the depression she went through during season nine and addressed Puppy Gate.

“This last year has been extraordinarily challenging and I admit I floundered – I didn’t cope – as I wallowed in the depths of depression, having some good days and many bad,” she began.

According to Lisa, she committed to filming the ninth season of the RHOBH after her brother Mark Vanderpump‘s sudden death because she believed she could make it through with the help of her close friends, including Kyle Richards.

“But as we have seen, that was not to be. You saw Kyle come to my house and accuse me of lying,” she explained. “Then, for me to put my hand to God and swear on my children’s life and still have my friend disbelieve me is unacceptable.”

“That is where the show started but is ultimately where our friendship finished,” Lisa said.

Speaking of the drama surrounding Dorit and her former dog, Lucy, who ended up at a shelter after being adopted by Dorit from Vanderpump Dogs, Lisa suggested the issue was brought up by her business partner, Dr. John Sessa.

“He had a very strong opinion regarding Lucy and we had tried to placate him to no avail,” she stated. “If our rescue staff are emphatic in their opinion of a woman that carelessly rejected the second dog we had placed with her – a puppy that was birthed in our center, a puppy that was bottle fed by Dr. John – I understand that.”

She then echoed Sessa’s recent statements, when she stated Lucy was not a rescue dog but actually a dog that was raised at Vanderpump Dogs by employees from birth.

“Lucy was not a traumatized rescue dog who had a history of biting and was unsuitable for children as often stated,” Lisa continued. “She started her life in a loving environment provided by our foundation. We are cognizant of the situation that a dog would be placed in. Young children can terrorize a dog; they have to be taught to be tactile, gentle and patient as the puppy becomes more secure in its new surroundings.”

While Lisa said she was not angry at Dorit for her decision to find a new home for the animal, she didn’t understand why she didn’t return the dog to Vanderpump Dogs and said her employees were “aghast” after learning her decision ultimately resulted in the dog being discovered at shelter that had “euthanasia facilities,” something Lisa said put her charity at risk.

“John Sessa was enraged. He wanted accountability,” she explained. “There is no benefit to our foundation with any attention being brought to this matter. Just the mere fact that one of our dogs ended up in a shelter is a potential catastrophe, especially since we are a non-profit 501c3 that needs donations.”

After arranging for Lucy to be picked up from the shelter and returned to Vanderpump Dogs, Lisa and Ken called their rescue center and made it clear that they did not want the story to gain momentum. However, during the call, Lisa was informed by John that another employee, John Blizzard, had already told Teddi what happened. Right away, Lisa sent a text to Dorit in hopes that she would visit the center and explain herself, which didn’t happen.

Dorit also ignored text messages sent to her by adoption coordinator Hannah, who contacted Dorit about the well-being of Lucy on a number of occasions.

“I don’t believe for one minute that Dorit would’ve knowingly left the puppy in a shelter, but she was guilty of a careless choice. When I alerted her to the fact that Lucy was in a shelter and asked if she could please give me the name of the woman who had taken Lucy, she asked to call me back – she wanted to be sure of the name. I don’t believe she knew the name of the woman, but maybe her assistant did,” Lisa revealed.

Lisa went on to say that the drama of Puppy Gate is “laughable” and should have been put to rest during her lunch date with Dorit and her husband.

“Everybody incessantly feels the need to harp on it. By their own admission, they realized their culpability and that should’ve been it,” she added.

She concluded her blog by throwing a bit of shade at her co-stars.

“And always remember, ‘I am passionate about dogs…’ You know the rest,” said Lisa. “And to my castmates, I will ‘see you next Tuesday.'”