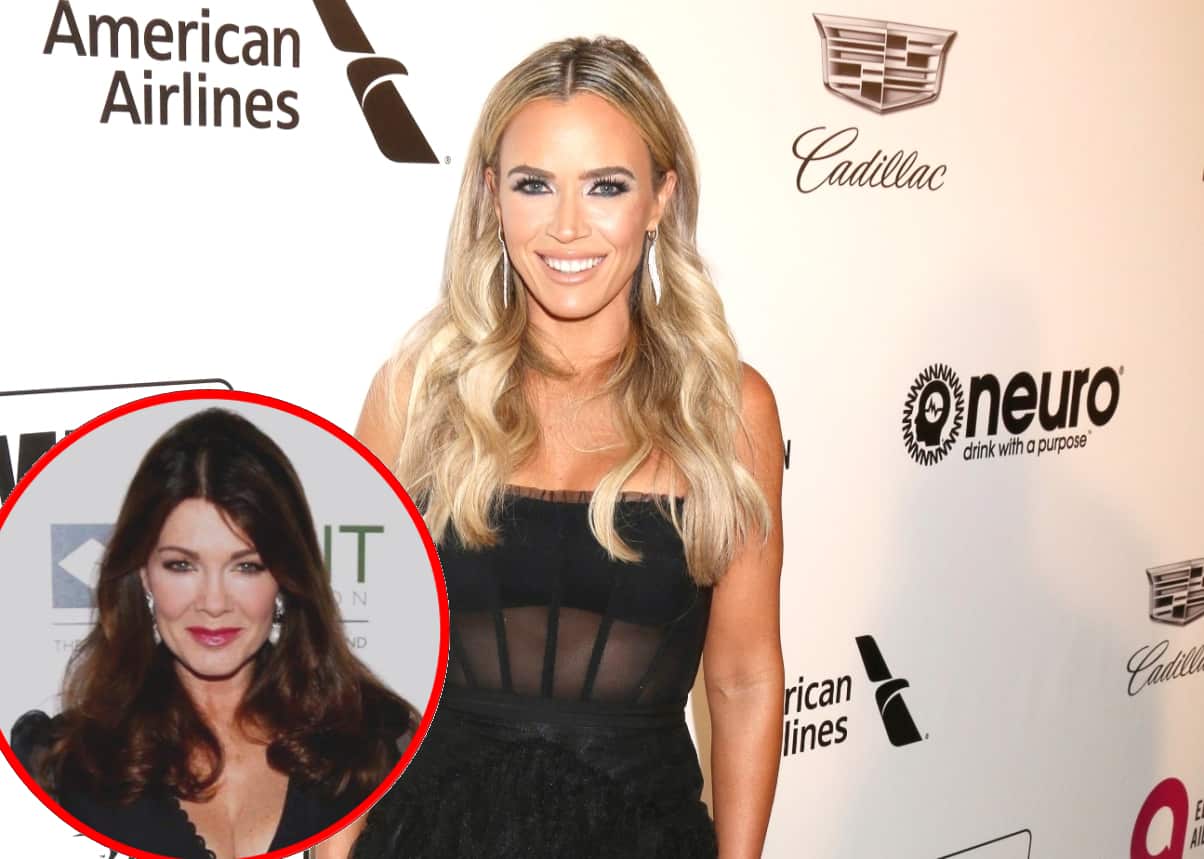 Teddi Mellencamp is accusing Lisa Vanderpump of “enjoying” the death threats being lobbied against the Real Housewives of Beverly Hills cast by some fans of the show, and an in another interview, she voices her suspicions about a new show Lisa has in the works.

Following a report in which it was revealed that Lisa is set to begin filming a new project out of her animal rescue center, Vanderpump Dogs, Teddi is speaking out about the upcoming pilot, which just so happened to be made public as their Puppy Gate scandal played out on season nine.

“Wouldn’t that be convenient? Really!” Teddi said when asked about the series during a March 6 interview with Us Weekly. “I wonder why they based a whole drama about a dog!”

While Teddi expressed suspicions over the way in which season nine appeared to be the perfect set up for a Vanderpump Dogs project, she told the magazine she wasn’t completely sure about the details of the upcoming series.

“I don’t know, and truthfully I don’t care,” Teddi said. “But what I do think is, if this was really about their concern about a dog … Why didn’t they go do a home check on the new owner that Dorit gave the dog to? Why didn’t they say, ‘Dorit go pick up that dog and bring it back to the shelter?’ It wasn’t. It was about the story. It wasn’t about the dog.”

“So when people are saying, ‘Teddi, why are you upset at the dog? Why aren’t you mad at Dorit?’ Because it wasn’t about the dog,” she continued. “The dog is safe. The dog is a Vanderpump dog. The dog is fine. This is about friendship. This is about creating a disaster and then trying to keep your hands clean to look like you’re perfect.”

Lisa Rinna also voiced suspicions over the upcoming project in an Instagram post earlier today, and even threatened to take legal action against Lisa V. if the show moves forward.

As Puppy Gate continues to be a hot topic on the RHOBH, Teddi and many of her co-stars have been getting death threats from Lisa V.’s fans.

During a separate interview, Teddi opened up about the threats, some of which include comments such as “I wish you would die” and “You’re a vile, disgusting human being.”

Teddi then suggested Lisa V. was allowing them to continue because she enjoys seeing the hateful messages.

“I want fans to be able to pick favorites and have opinions. I embrace it! I think that’s what you sign up for,” she told TooFab. “But what you don’t sign up for is people going to that level.”

She continued, “Last year, when I saw people going to that level with Dorit — even when her and I weren’t in a good place — I tweeted out, ‘Hey, guys. Take it easy. Nobody needs the heat and abuse you guys are giving this woman right now because we’re all human beings.’ And you know who hasn’t done that this season? Lisa Vanderpump, and it’s probably because she’s enjoying it.”