Is This Video Proof Kyle Richards Knew More About Puppy Gate Than She Let On? Plus RHOBH Live Viewing Thread! 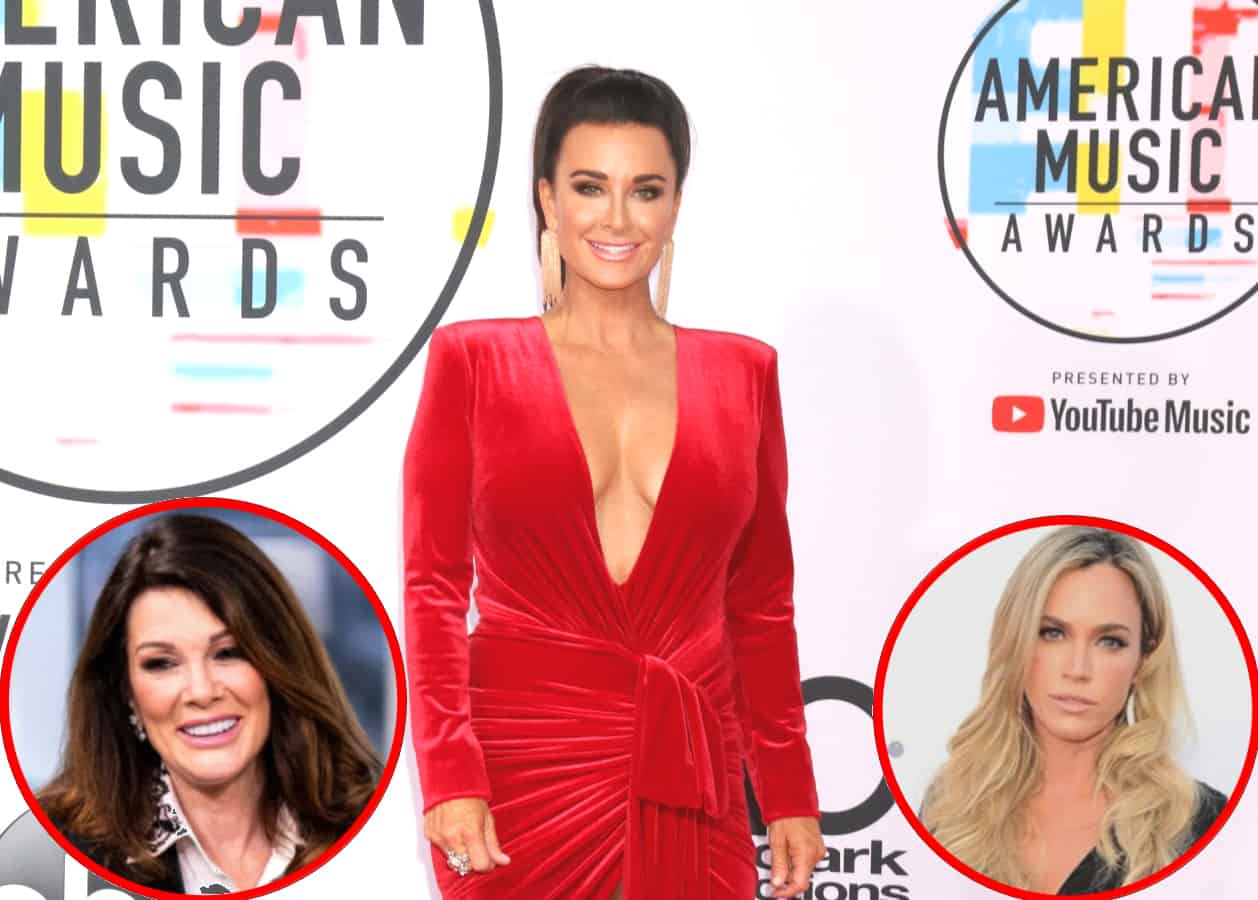 A new episode of the Real Housewives of Beverly Hills is scheduled to air tonight as Puppy Gate remains a hot topic. And now, a new clip from the show’s season premiere episode has some viewers wondering if Kyle Richards knew more about the ordeal than she initially let on.

The Puppy Gate drama first became public news amid filming last year, days after Denise Richards‘ wedding. On September 11, 2018, a media outlet reported there was tension between Lisa Vanderpump and Dorit Kemsley, after Dorit dropped off a dog she adopted from Vanderpump Dogs at a shelter.

Weeks before that report came out, Kyle filmed a scene, which was shown during the RHOBH season premiere episode, with Teddi Mellencamp and Lisa at Vanderpump Dogs, during which the issue of the dog Lucy ending up at a shelter was discussed.

During the scene, Teddi admitted she already had knowledge of the Puppy Gate issue while Kyle acted like she had just learned about it for the first time.

However, a new clip from that particular episode was shared on Twitter today, by the Bravo Psychology page, and it’s raising eyebrows.

In the clip, Kyle, who was upset with Lisa over a separate issue, accuses Lisa of having a tendency to want to protect Dorit, while never doing the same for her. Kyle can be heard telling Lisa: “You can be a b–ch to me about it, but Dorit can drop off a dog, and [you’re] like she didn’t mean it.”

Wait… Wait…wait… in this clip Kyle Richards says “Dorit can DROP OFF a dog”… Is she saying Dorit herself dropped Lucy off!? This would go along with the theme of her and teddi spilling the true story underhandly (i.e. the locked in the cage claims). #RHOBH @BravoTV pic.twitter.com/fx71xjh4rA

Kyle’s comment is puzzling as there was no mention of Dorit dropping off this dog by anyone, other than Kyle, during that scene. The story everyone told on the show, with the exception of Kyle’s comment, was that Dorit’s friend was the one who dropped it off at a shelter.

This is leading to speculation that Kyle might have had some prior knowledge about Puppy Gate before that scene was filmed.  At the time of the scene, the only people who knew the shelter had implied Dorit dropped the dog off herself were Teddi, Lisa, and the employees of Vanderpump Dogs.

After a fan tweeted the clip to Kyle, she responded to the claim on Twitter this afternoon with this denial: “If you saw the episode you SAW them tell me right before I said that. ?.”

If you saw the episode you SAW them tell me right before I said that. ????

However, in re-watching that episode, no one informed Kyle that Dorit dropped off the dog. In fact, Lisa can be seen telling Kyle that Dorit sent the dog to another home.

“Maybe in her mind, she believed it was going to a good home,” said Lisa to Kyle and Teddi.

Teddi has since admitted to being involved in a scheme to expose the Puppy Gate story, and while implicating Lisa, she has never mentioned any involvement by Kyle. In one of her Bravo blogs this season, Teddi stated Kyle was not aware of the situation before that scene.

Although Kyle and Lisa haven’t spoken for months now, Kyle was closest to both Lisa and Teddi during that period.

RHOBH Live Viewing – This is also the live viewing thread for tonight’s new episode, so feel free to comment and chat below as the episode airs at 9/8c tonight on Bravo TV!  A preview clip is below.