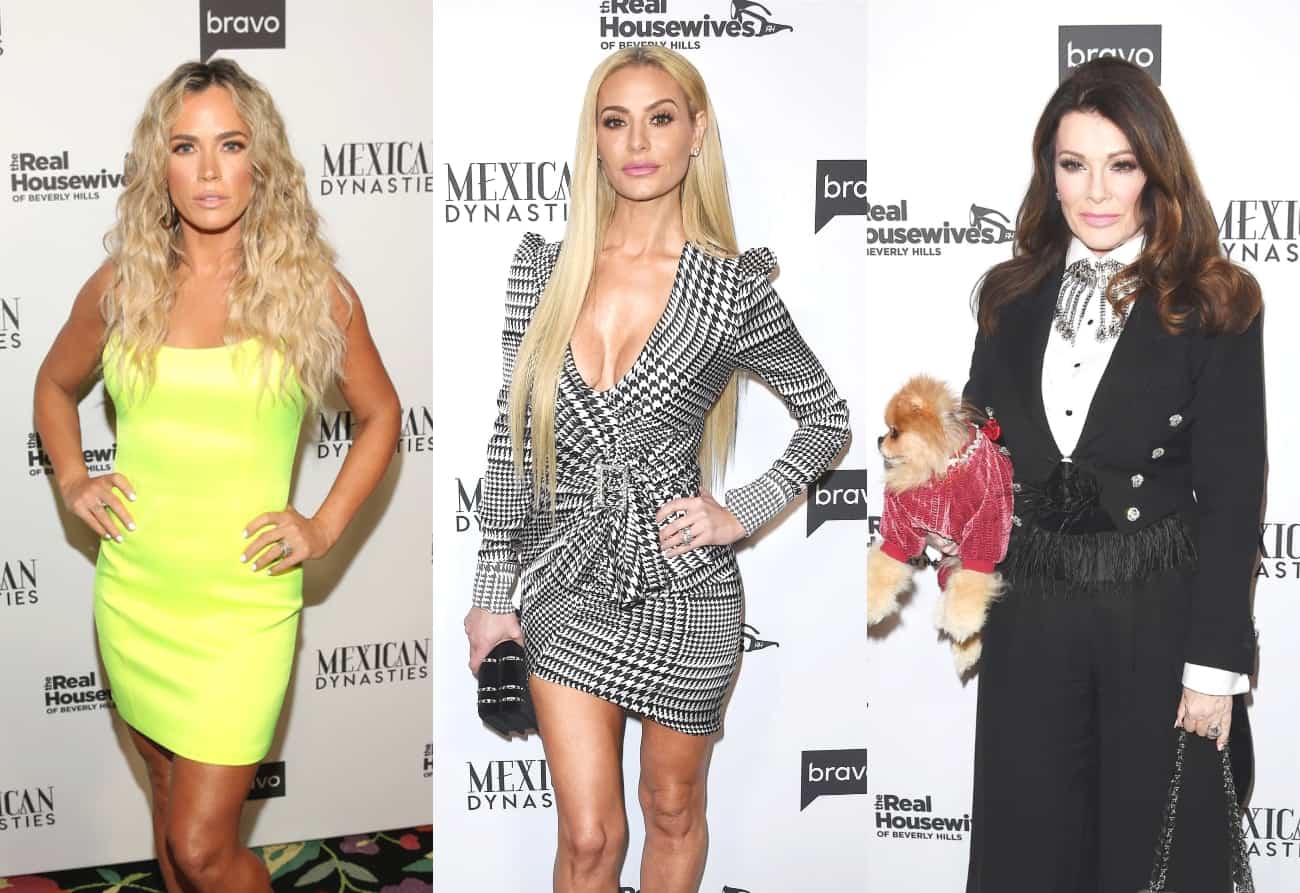 As the Real Housewives of Beverly Hills cast attempts to get to the bottom of who it was that wanted a negative story about Dorit leaked publicly, it is being reported that Teddi and Dorit are actually “thankful” about the way in which the scandal has impacted their relationship.

“Dorit and Teddi are thankful to have gotten so close recently,” a source shared with Hollywood Life. “They both find it funny since a year ago they practically couldn’t stand one another, however PuppyGate has brought them closer together. Both Dorit and Teddi feel it’s unfortunate that they lost a friend in Lisa Vanderpump over Lucy Lucy Apple Juice, however, they appreciate that it’s helped them form such a tight bond.”

During the eighth season of the RHOBH last year, Teddi and Dorit butted heads over a number of things, including time and cups, but these days, they are close friends.

Although both of the women are said to be “frustrated” with the ongoing dog drama on the show, the insider said they are confident that fans will ultimately hear the story in its full truth.

“Dorit felt it was important to release her point of view on how much her family loved the dog on social media as she did love the dog. Dorit loves animals and giving the dog away was not an easy decision for Dorit,” the source explained. “Dorit regrets the way in which the situation was handled, but she apologized to Lisa months ago. If nothing else, she is truly thankful for how close she has become to her other cast members who have had her back and come to her defense constantly.”

In other RHOBH news, Teddi recently addressed the current status of her relationship with Lisa Vanderpump, confirming she has not seen or spoken to the restauranteur for some time.

“I saw [Lisa] at Denise’s wedding and I was fine being in the same place as her, but a [friendship] is not something I’m seeking,” she explained to Hollywood Life on March 21.

As for the upcoming reunion, which Lisa’s co-stars reportedly do not think she’ll attend, Teddi said she hopes Lisa will show up.

“This is a show we all signed up for so I hope she comes,” she explained.

Teddi also addressed her relationship with Dorit, saying that while their friendship endured ups and downs during season nine, she was happy to see Dorit accept her apology for her involvement with the doggy drama.

“I think Dorit has a good heart. You’ll see our relationship ebb and flow throughout this season, but in the end she has a good heart,” Teddi said. “I’m grateful she accepted my apology and things that I did wrong.”