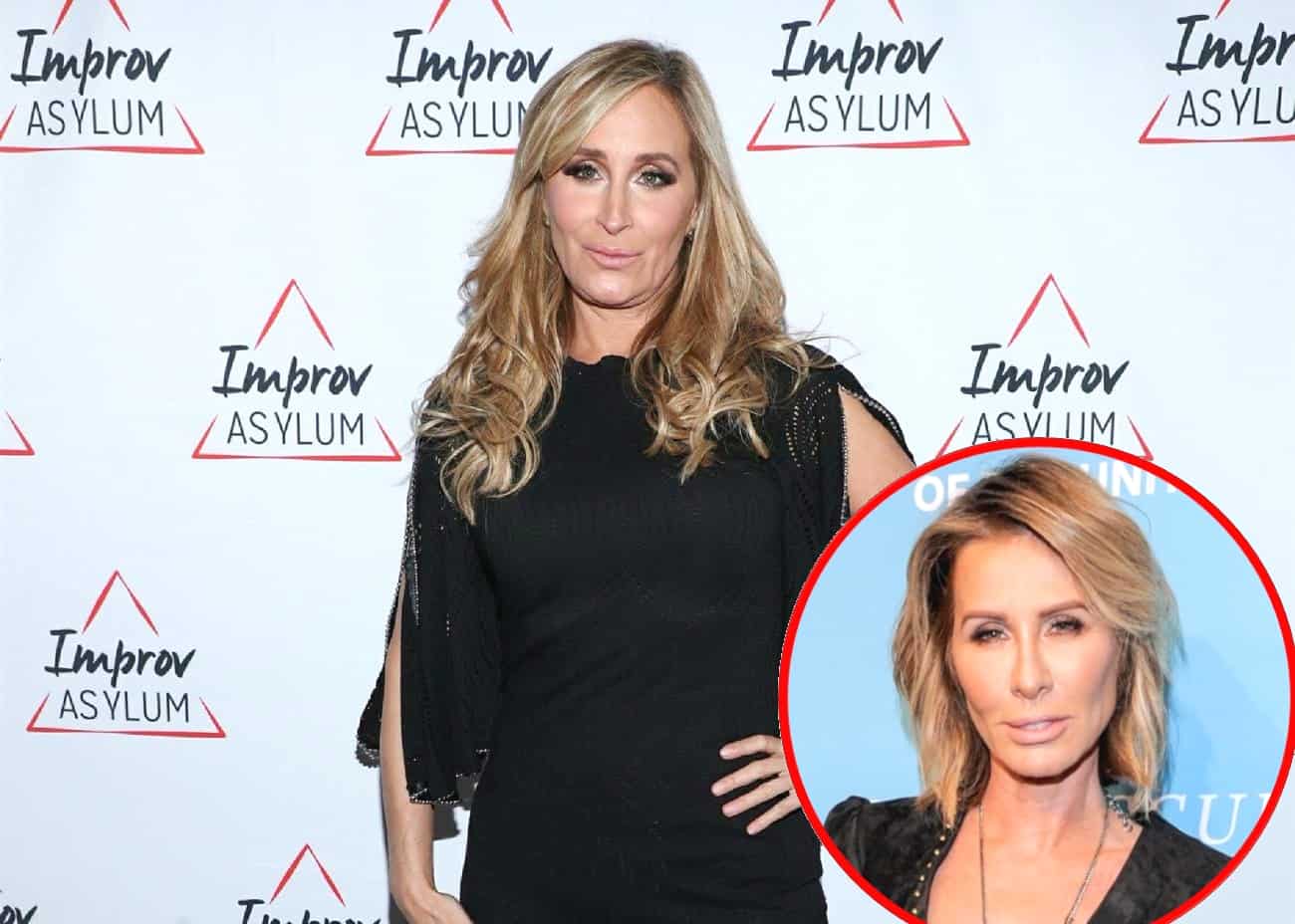 Sonja Morgan recently visited the Four Seasons to promote her new partnership with CoolSculpting and during the event, she chatted with Reality Blurb.

As she showed off her trim figure, the Real Housewives of New York City star addressed a number of recent hot topics, including the college cheating scandal that has rocked Hollywood, LuAnn de Lesseps‘ sobriety, her former co-star Carole Radziwill, and more.

“It’s unfair to the children because if you’re going to have someone else take the test for them then they are going to be placed in a school where they’re not going to be equipped for the curriculum,” Sonja told us about the cheating scandal. “You need to let the kids take their own tests so that they’re placed in the right environment for themselves where they’ll be happy and thrive. The most important thing is that they’re happy at the school and not struggling.”

Sonja’s co-star, Bethenny Frankel, addressed the controversy days prior, telling her Instagram audience that the parents’ decision to cheat set a horrible example for their children and likely set them up for depression.

Speaking of The Real Housewives of New York City, Sonja said she’s been very protective of LuAnn throughout season 11 and hopes Dorinda Medley, who took aim at LuAnn’s drinking during season 10, will ultimately extend an olive branch to Luann.

“In the first two episodes, I’m definitely sticking up for LuAnn and protecting her fragile state while she is recovering after rehab,” Sonja explained. “I’m protecting LuAnn’s fragility as she’s coming out of rehab and recovery and I feel that Dorinda should be cognoscente of that and sensitive to that. I think ego is getting in the way there and she should just say.. not an apology but just say, ‘I’m cool. No problem, Lu. I just want you to know you’re going to be safe around me at a party.’”

When season 10 came to an end last year, Sonja and Carole weren’t in the best place and months later, following Carole’s exit from the series, they still aren’t in contact with one another. Sonja, however, adds that there are no hard feelings.

“I don’t keep in touch with anyone,” Sonja joked. “That’s what the girls always complain about, remember? I’m in Paris eating croissants and not going to the museums.”

Although season 11 is sure to have its ups and downs, and has had plenty already, Sonja told us that she and her co-stars are actually closer than they’ve ever been.

“Season 11, believe it or not, is completely different from any other season. The relationships are even deeper and closer. When things get tough, we’re actually there for each other,” she said. “I really see that this season more than ever.”

”You see that Bethenny loses her man Dennis and that’s just horrible. And LuAnn, she comes off the wagon and she’s embarrassed by that but I’m so proud of her that she continues her self care and goes to rehab again,” Sonja continued.  ”We’re all there for each other at the end of the day even though we have our squabbles and vent on each other. That’s going to be more evident than ever this season. At the end of the day, we grow from our experiences.”

“I think New Yorkers are like that and this season has a lot of meat on it,” she added.