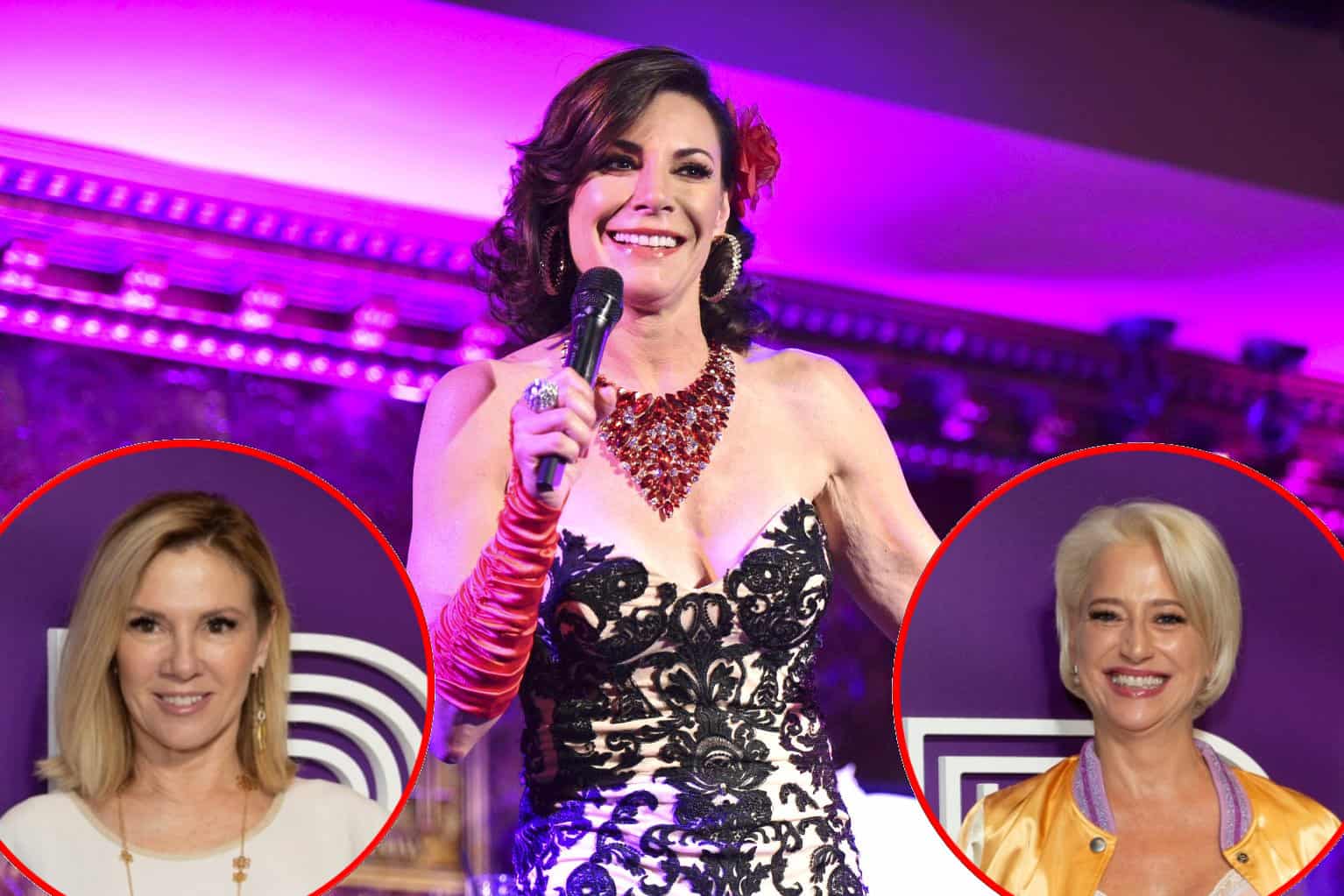 All of the Housewives throw shade at their castmates…it’s part of their job…but only one can set that shade to music, and do it in front of a live audience! On Friday, Real Housewives of New York star, Luann de Lesseps threw some major shade at Dorinda Meley and Ramona Singer during her cabaret show at the Borgata Hotel Casino and Spa in Atlantic City.

Ever the good sport, The Countess didn’t leave herself out of the mix, either.  She made several jokes about her repeat stint in rehab this past July.

“I actually loved rehab,” she joked, according to Us Weekly.  “I loved it so much I went back again.  You get to take care of yourself for weeks at  time.”

But the jab she took at Dorinda was pure genius.  Prompted by chants of “Jovani, Jovani,” from the crowd, she quenched their thirst for hot tea with a reference to Dorinda’s repeated claims that she had single handedly procured Luann’s performance ensembles by calling upon her good friend, Jovani, a hot NY designer.

“It is a Jovani, and he actually loves me,” Luann joked of the dress she wore during Friday’s show. “To hell with Dorinda.  She’s probably in the back cutting up my dresses.”

Later, during a Q&A with the audience, Luann also took a swipe at Ramona.  When asked which of her co-stars she would “f**k, marry, or kill,” she quickly responded in a way that left the audience with no doubt about her feelings for her castmate.

Ouch! Luann, who was absent from the season 10 reunion because of her aforementioned rehab stay, also spoke out about the explosive episode, and praised Bethenny for the ease with which she appeared to handle the barrage of attacks launched by her castmates.

“Well, I couldn’t be there, sorry, I was in rehab,” said Luann to an audience member during the Q&A.  I watched five minutes of it and it was so dark I had to turn it off.  Bethenny did a great job, she had her hands full and Carole’s (Radziwill) gone now.”

She spoke further about Carole’s departure from the show, which was announced last month, saying she thinks Carole is partially leaving the show due to Bethenny now being against her.

“I think it’s sad and I think it’s Carole knowing that Bethenny is now throwing shade for her and it’s sad,” said Luann.

The two former besties have been on the outs all season, after Bethenny called Carole’s on-again-off-again boyfriend, Adam Kenworthy, an “operator,” following his refusal to work on a mission trip with Bethenny to Puerto Rico without pay.

The reunion action continues Wednesday at 8/7c on Bravo.