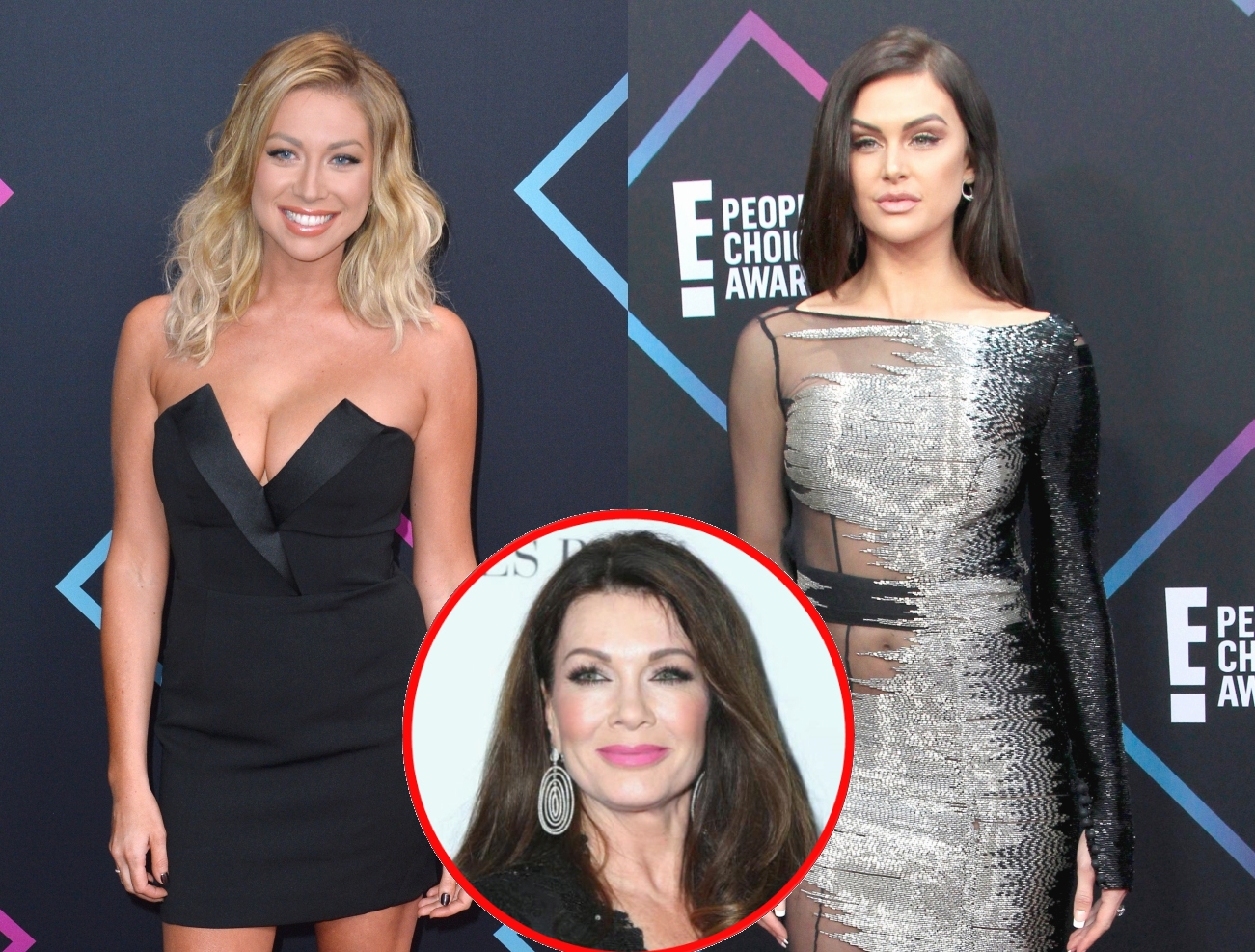 Stassi Schroeder and Lala Kent weighed in on the doggy drama of The Real Housewives of Beverly Hills during an interview earlier this week.

Fresh off a trip to Las Vegas, where they supported their Vanderpump Rules co-star, Lisa Vanderpump, at the opening of her new restaurant, the ladies weighed in on Puppy Gate and also spoke about the “new” Jax Taylor and their love of flying private.

“I think everyone is a little guilty in this. I don’t think there are any saints in this situation, and I will stand by that,” Stassi explained to Interview magazine on April 2.

According to Stassi, she was happy to see Teddi Mellencamp come clean about her involvement but doesn’t understand why Dorit Kemsley is getting a free pass. After all, she was the one who gave up the dog and if she hadn’t, there would have been no negative story to push.

Lala also said Dorit “is 100 percent at fault” and told the magazine she should have returned the chihuahua, Lucy, to Vanderpump Dogs if it wasn’t working out for her family.

As for Lisa, Stassi said “her hands aren’t clean.”

“I don’t know what she did, but there’s no way that her hands are fully clean,” Stassi explained.

Continuing on to the magazine, Stassi and Lala weighed in on Jax and the way in which he’s changed for the better since losing his father, Ronald Cauchi, to cancer at the end of 2017.

“I can honestly say that I have genuinely seen the biggest change in him and I will put my life on the line with that,” Stassi said. “If he proves me wrong, that’s really going to suck and I’m going to lose all credibility.”

“He seems to be a little bit more present and in touch with the fact that he is grown and life is moving forward,” Lala added.

As for their comments on flying private, Stassi and Lala both explained why they love getting to ride on Lala’s fiancé Randall Emmett‘s chartered jet.

“One of the best experiences of my life [is flying private],” Stassi said. “I wish I could do it all the time. When we all went on it with Lala, one of the times we could turn the chairs around, set up an iPad and put on whatever movie we wanted. We had tons of blankets, drink, eat, chill. I felt like I was in my living room.”

“Being on a private plane is pretty luxurious, but it’s everything that goes into it,” Lala shared. “No security. I don’t have to watch what I’m packing. I don’t have to show up to the airport early. That part is what makes flying private incredible.”