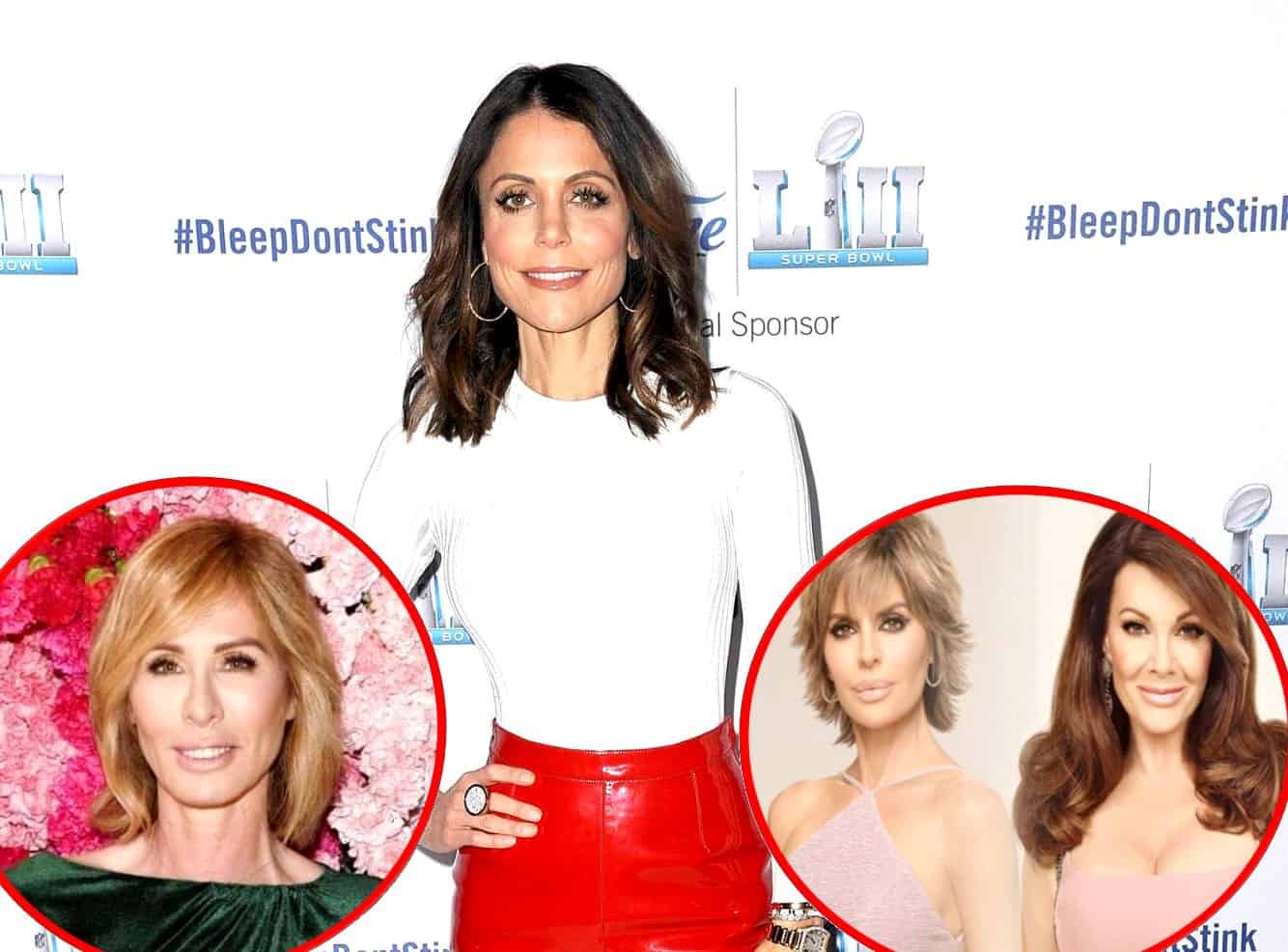 Bethenny Frankel is revealing an update when it comes to her relationship with former Real Housewives of New York City co-star Carole Radziwill and sharing her thoughts on Lisa Vanderpump‘s feud with Kyle Richards and Lisa Rinna.

During an appearance on the Watch What Happens Live After Show on Wednesday, a caller phoned in to ask Bethenny if Carole reached out after learning of the August 2018 death of her former fiancé, Dennis Shields.

“She sent a card and I actually ran into her recently and we had a brief moment,” Bethenny shared.

“She had a dream about me the night before,” Bethenny continued. “Her deceased husband’s mother passed away and I sent her a text when it happened a couple of weeks ago. So it was clean, which is the best way.”

As for Lisa and Kyle’s recent falling out on The Real Housewives of Beverly Hills, Bethenny said she suspected they would ultimately reconcile before dishing on a conversation she recently had, via text, with Rinna.

“Based on the way that Kyle’s talking, I don’t think it will be over, over, but as I said to Lisa [Rinna] by text, and I don’t know all the backstory because it’s intense and there is a lot of backstory, if you’re going to take a shot at that V you better not miss,” Bethenny revealed.

“I said to Lisa [Rinna], ‘You’ve got to land it.’ If they are trying to put her in the ground and there’s one finger moving, you better make sure she’s dead and she ain’t,” she added.

And earlier today, Bethenny took to Twitter to clarify her comments, stating she didn’t mean to imply Rinna had any plans to take down Vanderpump.

“I was on @BravoWWHL last PM & @andy asked me about the “dog”. I’m real friends with @lisarinna bc she shoots straight no chaser,” tweeted Bethenny on April 11. “I text her & my friend @kylerichards all the time & FACT, they had ZERO to do with any items leaked. That much I know.”

She added, “Furthermore, any “takedown” accusations are absurd. Sometimes, a group gets fatigued from a castmates’ actions & communicates on & off camera. @KyleRichards is real friends with @LisaVanderpump & I was expressing that LVP is not one to take that lying down.”

Furthermore, any “takedown” accusations are absurd. Sometimes, a group gets fatigued from a castmates’ actions & communicates on & off camera. @KyleRichards is real friends with @LisaVanderpump & I was expressing that LVP is not one to take that lying down.