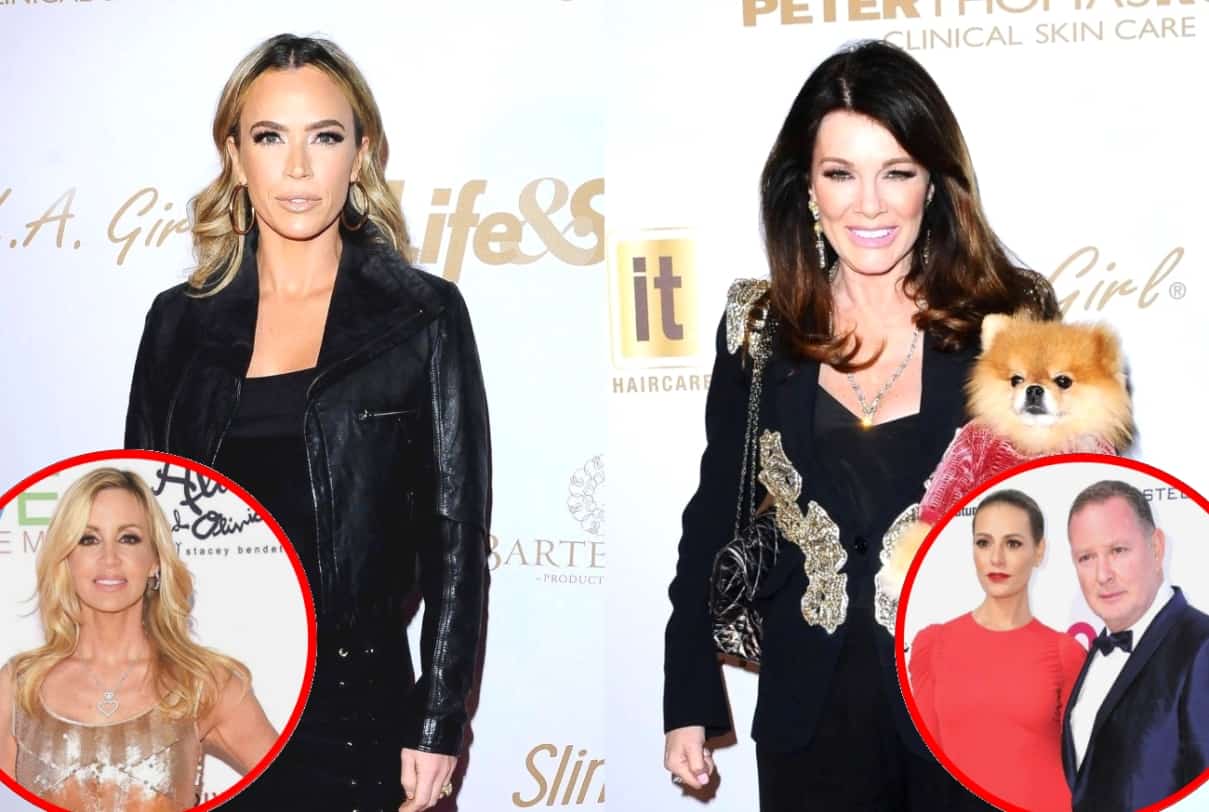 Teddi Mellencamp is dishing on the latest drama of The Real Housewives of Beverly Hills.

During a recent podcast interview, Teddi spoke about Lisa Vanderpump‘s decision to quickly forgive Camille Grammer after Camille bashed her teeth on the show and addressed the comments Paul “PK” Kemsley made to Kyle Richards on Tuesday night’s episode.

“It makes sense, doesn’t it?” Teddi asked on Us Weekly’s “Hot Hollywood” podcast of Lisa and Camille’s speedy reconciliation. “It makes sense that they are fine now because it’s convenient.”

On the show, Camille called out Lisa for having a receding gum line before having her teeth “redone” years ago.

“Before Lisa Vanderpump got her teeth redone… I had such an issue with the gums! I was like, ‘Honey, you need new caps! Your gum line is receding!’ But now, they look great,” said Camille.

After Camille apologized on Twitter, labeling her comments “stupid” and “distasteful,” Lisa suggested her statements were made in an effort to be “inducted to the #RhobhMeanGirls” before accepting her apology.

“You can’t say in one side of your mouth, ‘Be nice to everybody’ … and then hashtag ‘#RHOBHMeanGirls,'” Teddi said of the interaction.

According to Teddi, she’s always been forthright with Lisa when it comes to her feelings and has never said anything about her behind her back. Meanwhile, she claims she can’t say the same about Lisa’s behavior towards her.

“Anything she’s said about me she’s said in a confessional or behind my back. I’ve completely moved on. I’m not interested in trying to rehash any old conversations with her. I haven’t spoken to her,” she explained.

As for PK’s comments towards Kyle, in which he said she has “issues” and “can’t even get along with [her] best friend” Lisa, Teddi admitted her co-star’s statements were “messy.”

“PK was a little messy last night,” Teddi said on the podcast. “Here’s the thing, I do really like PK. I think PK’s funny, I enjoy being around PK. I think he stepped in it last night because he had a conversation with Ken and was in one of those sink or swim moments.”

“I think in his way, he knew it would ruffle some feathers, but I think that’s what he likes to do a little bit. But I don’t think he’s malicious,” she continued. “I’ve had direct conversations with PK before like, ‘This has bothered me.’ And’s like, ‘I’m sorry, you’re right.’ He’s a standup guy … even though he can be a little messy — the British humor of it all.”

Teddi also spoke about her current relationship with Dorit during the podcast and said they aren’t “the world’s best communicators when [they’re] having issues.”

“I think that was my issue with her … we would talk ourselves in circles,” she explained.

That said, she wishes the audience would give Dorit “a little bit more of a chance.”

“She doesn’t take herself as seriously as she appears to on TV. She’s lighthearted,” Teddi shared. “I think it seems like [she takes herself seriously] a little more than she actually does. She’ll have a go at herself and she’s self-deprecating and she’s funny and she’s a good person.”