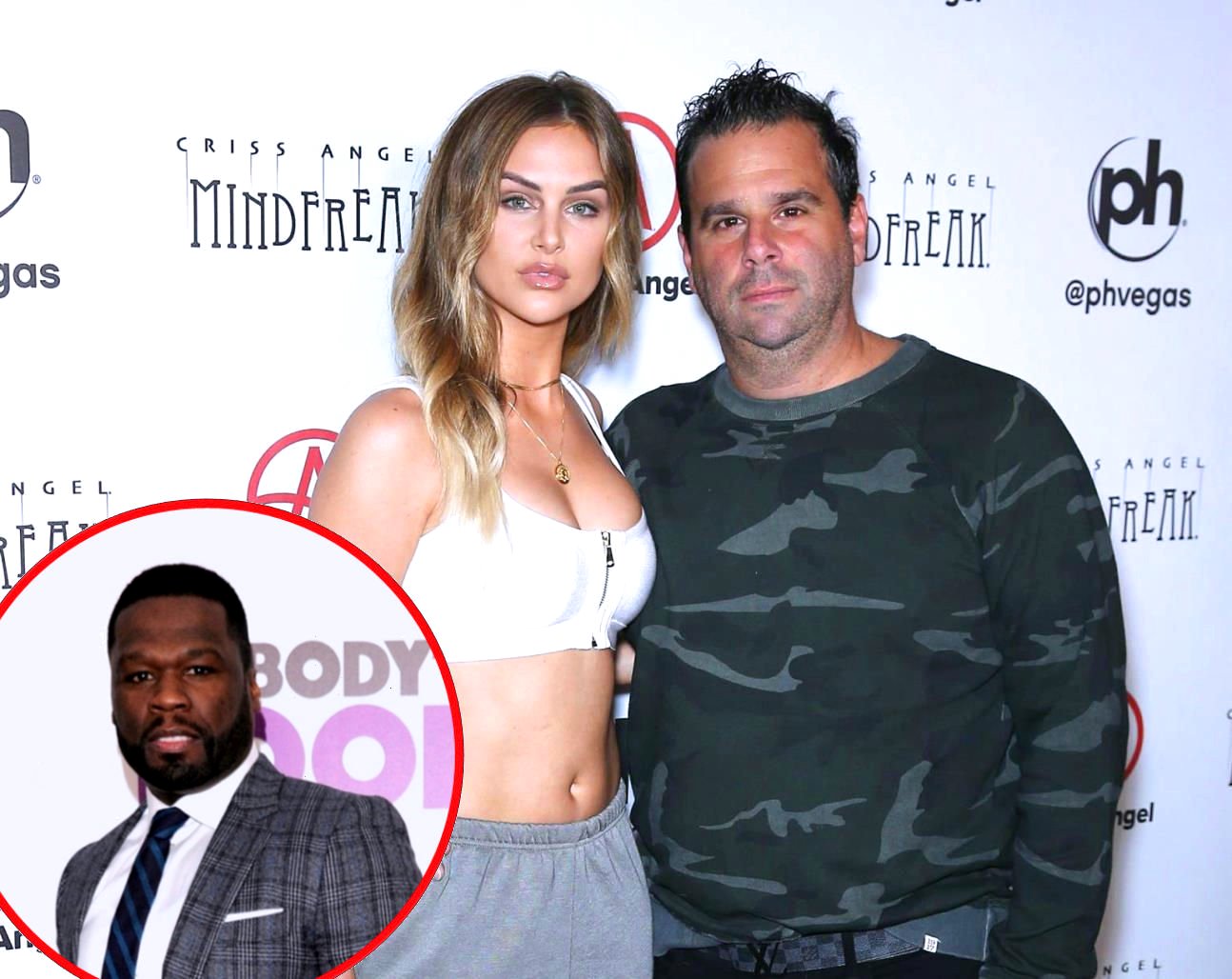 Is there trouble in paradise for Lala Kent and her fiance Randall Emmett?

A day after rapper 50 Cent publicly ended his feud with the Vanderpump Rules star, and her fiance, Lala has deleted all photos of Randall from her Instagram page with the exception of just one.

While we were writing this story, she still had four photos from their 2018 engagement up, but those have since been deleted as well. The couple got engaged in Cabo San Lucas, Mexico last September.

This action by Lala today is fueling speculation of a split, but she has yet to comment on their relationship status. It is also possible the couple has simply decided to become more private with their relationship following their nasty feud with 50 Cent.

The drama began last Friday after the rapper slammed Lala for being a “hoe” and allegedly taking advantage of her movie producer beau, Randall, by posting a clip of her admitting to getting a Range Rover from Randall after she let him “hit it” on the first night. After Lala clapped back at 50 Cent by referring to him as a “she,” he escalated the situation by alleging that Randall owed him $1 million and gave him a few days to pay up.

Lala is now reacting to the feud as she seemingly defended herself with a photo after a number of her Vanderpump Rules co-stars spoke out on her behalf.

“My body, my choice,” Lala wrote on Monday night, along with a photo of herself attending Amber Rose‘s 2018 SlutWalk. 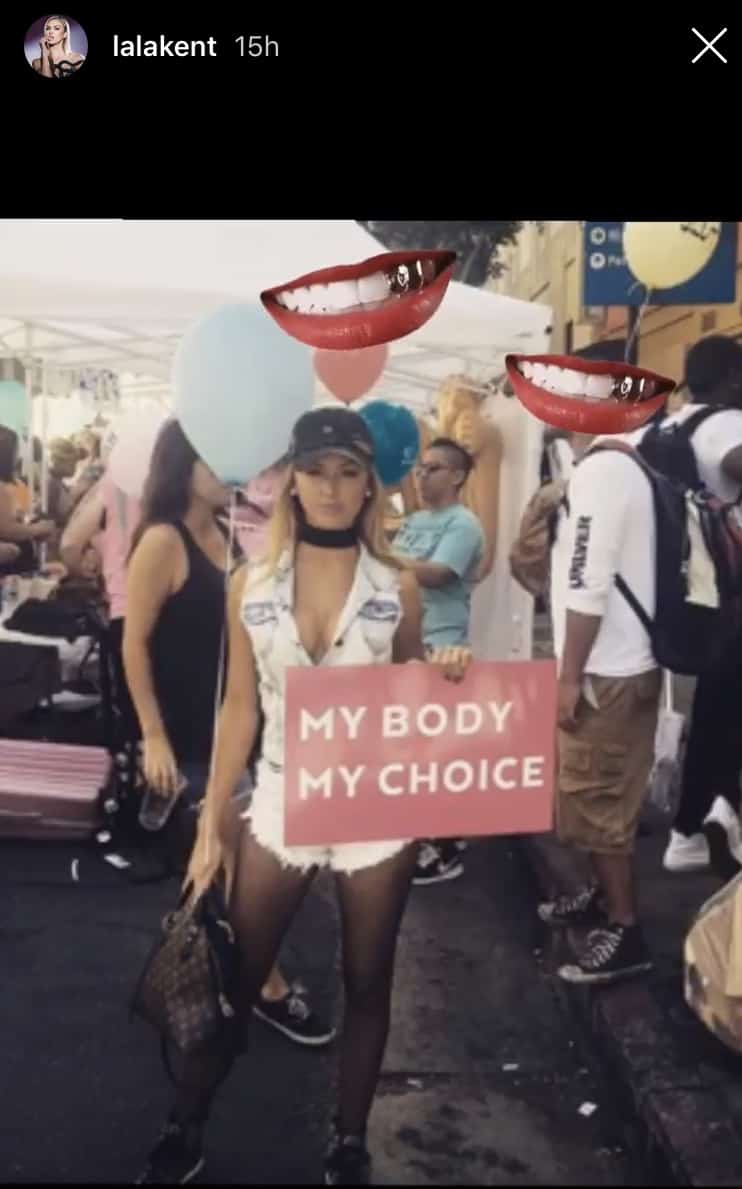 And earlier today, Lala made more statements on Instagram as she posted and deleted a comment stating: “Funny how the ones calling you a hoe are the ones you never let hit it.”

She later deleted the comment and posted: “Silenced. I see how it works now.” 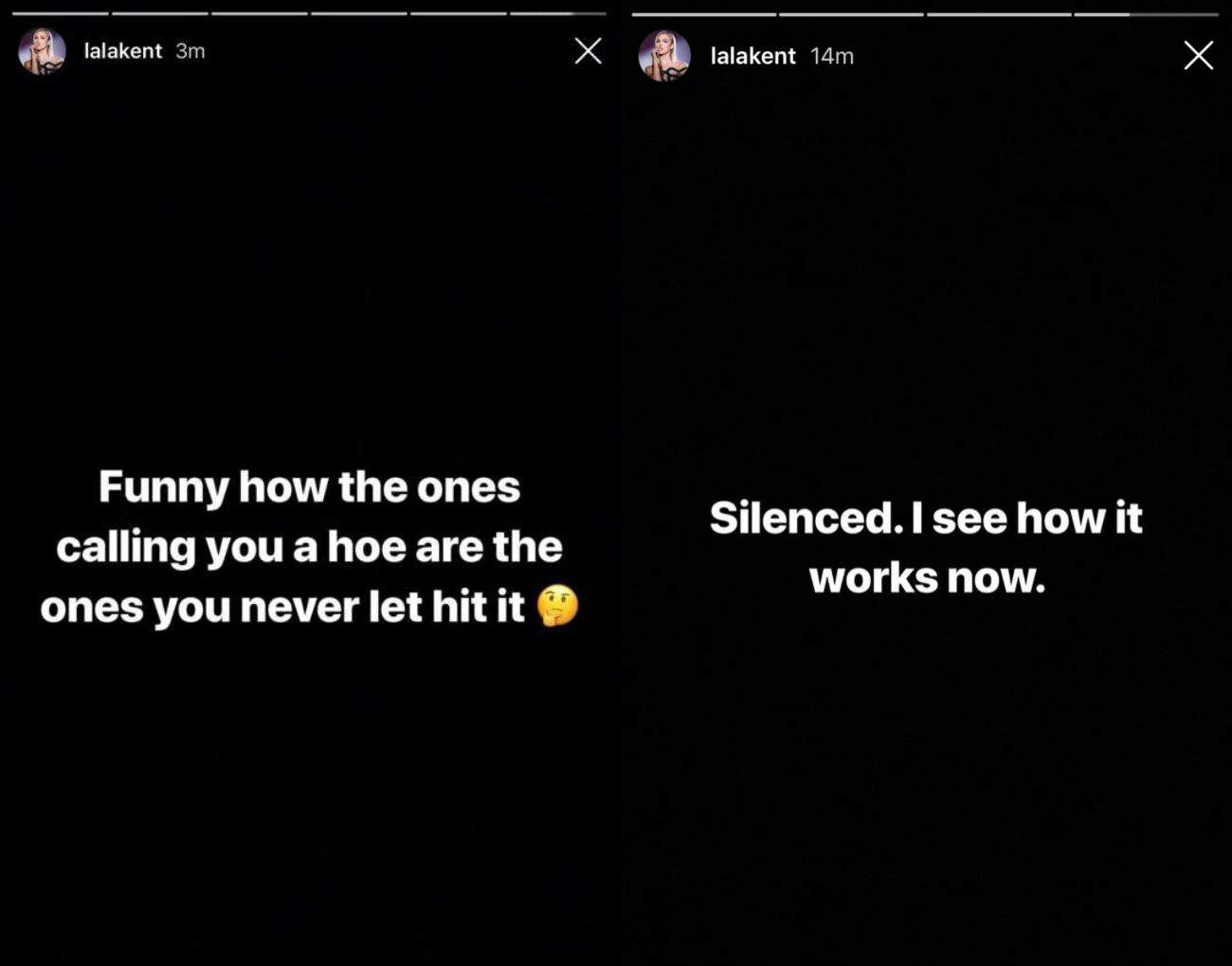 She has since deleted the post about being “silenced” as well, leaving some to wonder what is going on behind the scenes. It was after making these posts that Lala proceeded to delete photos of Randall from her social media page on April 30.

The feud with 50 Cent ultimately ended on Monday after the rapper stated he had received the $1 million he was allegedly owed by Randall.