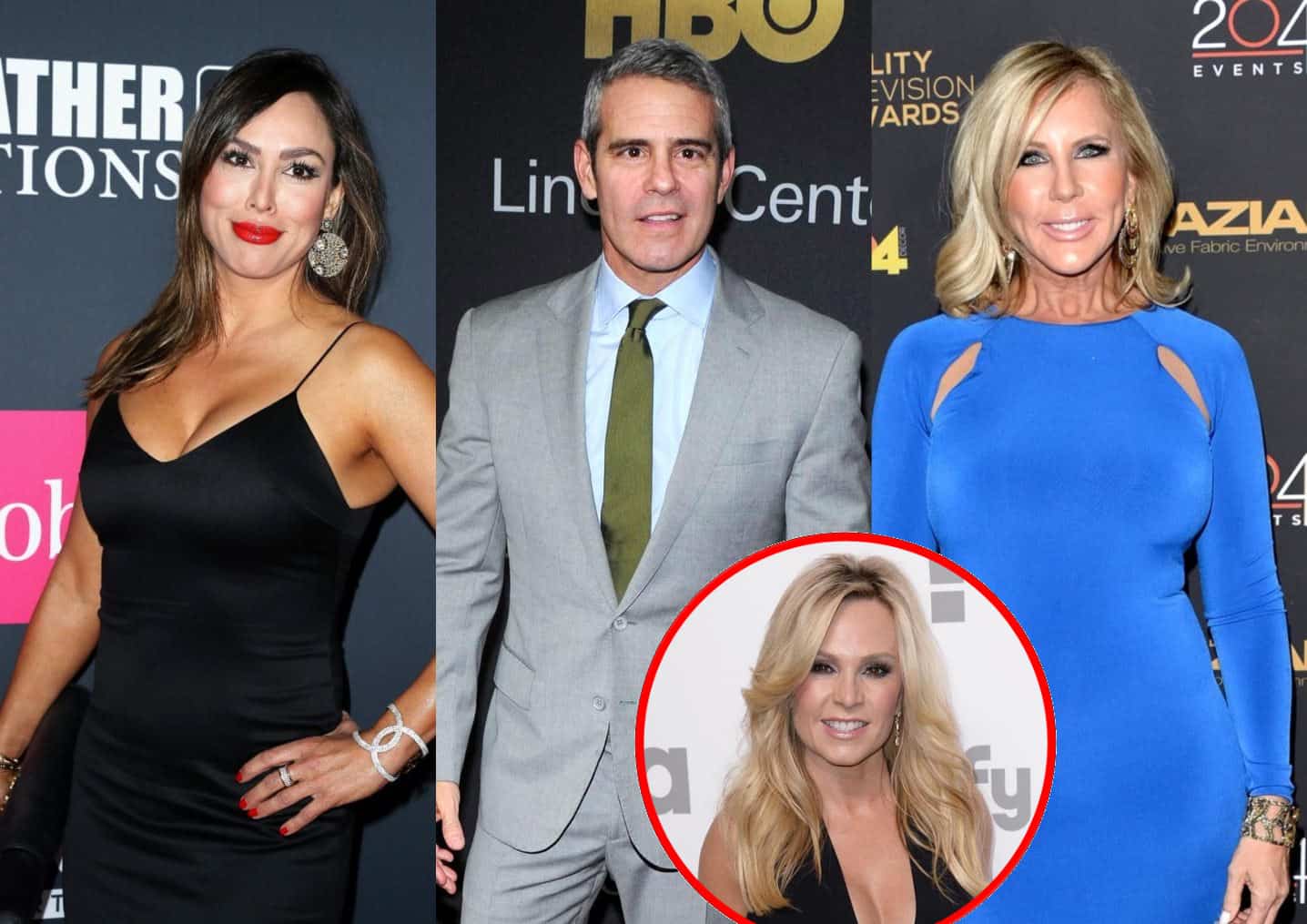 How do Vicki Gunvalson‘s co-stars feel about her recent demotion from her full-time role on The Real Housewives of Orange County?

Following news of Vicki’s new part-time role, a number of her co-stars, including Kelly Dodd, Tamra Judge, and Emily Simpson, weighed in on the end of her full-time run, as did her former co-star, Gretchen Rossi, and Bravo TV boss, Andy Cohen.

“Vicki you ARE the OC. Here’s to another 14 years….. #OGofOC,” Andy wrote in the comments section of Vicki’s post about her season 14 return.

In Vicki’s post, she failed to address her demotion and instead reminded fans that she is still the “OG of the OC.”

“We wont let you leave …..ever,” Tamra added in a comment of her own.

“You look beautiful,” she told Vicki. 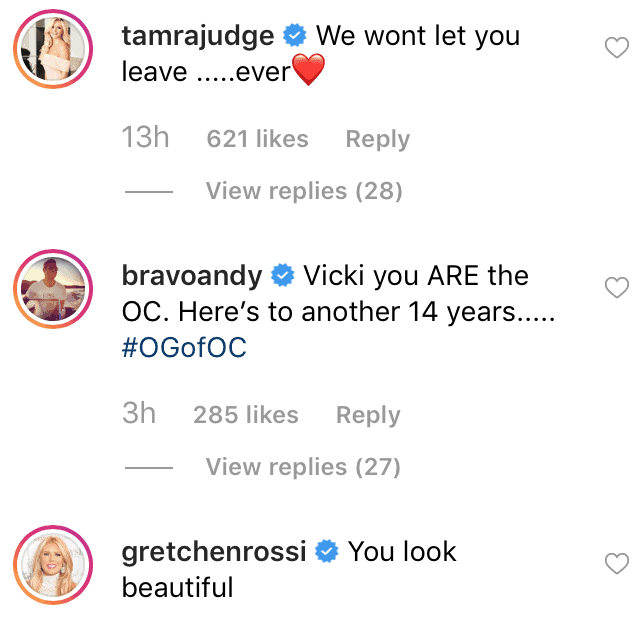 Following Vicki’s post, a fan appeared on Emily’s page, where they left a comment about Vicki’s demotion.

In response, Emily told the fan, while quoting Taylor Swift, to “calm down.” 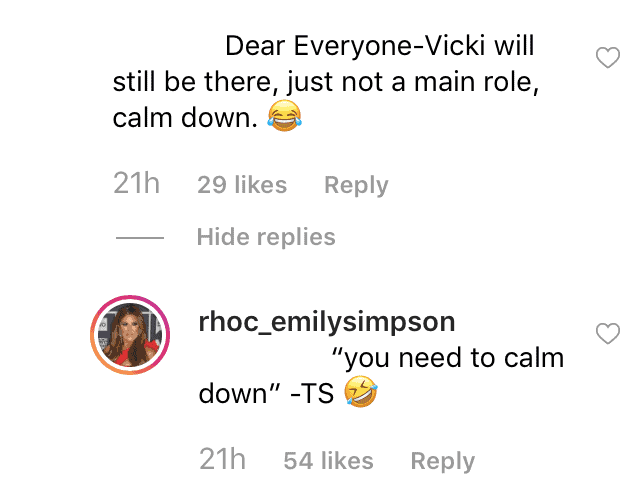 As for Kelly, she celebrated Vicki’s demotion with a post on her own page after one of her followers suggested the show would fail without her in a full-time position.

“I bet you this years ratings will surpass her last 3 years!! Guaranteed!!!” Kelly replied. 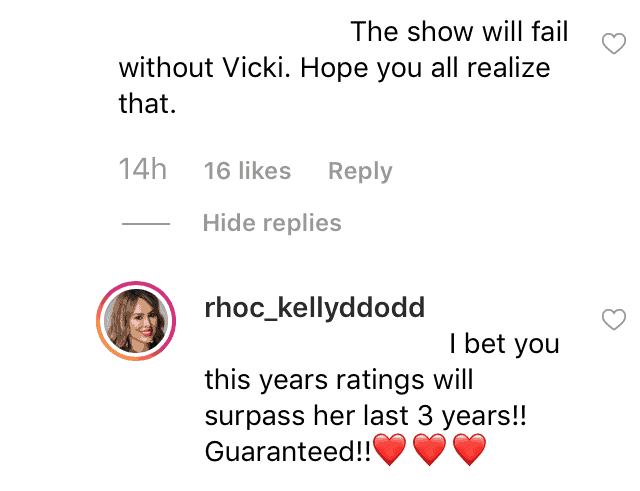