Did Kelly Dodd’s Ultimatum Play a Role In Vicki Gunvalson’s RHOC Demotion? Plus How Tamra Judge Feels About It 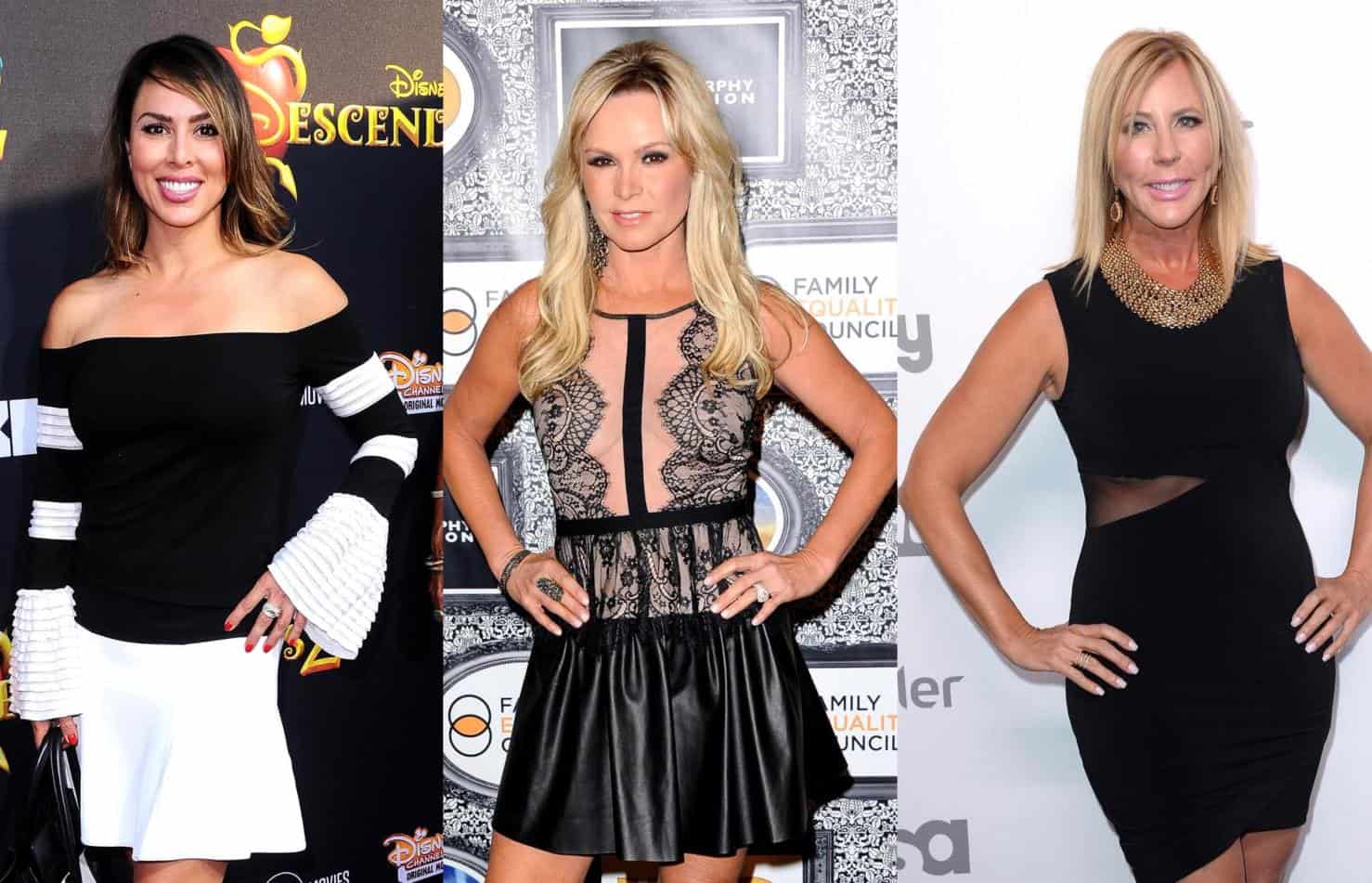 According to a new report, Kelly Dodd played a role in Vicki Gunvalson‘s reported demotion on the Real Housewives of Orange County as sources are also revealing exactly how Vicki’s co-star Tamra Judge feels about her reduced role.

Kelly may have gotten the ultimate revenge against Vicki, who accused her of using cocaine and being a bad mom during the season 13 reunion, by giving the RHOC producers an ultimatum.

“After the whole cocaine scandal, Vicki kind of knew that she may be kicked off as a full-time housewife. She started getting nervous and tried defending her actions. But her defense was too late,” a source explained to Radar Online. “Kelly was angry, and she had every right to be. She wasn’t going to let it go.”

Following the airing of the reunion, Kelly said on Instagram that she would not be returning to the show if Vicki was included.

Although Vicki believed she was “untouchable” due to the fact that she’s the longest-running cast member of the Real Housewives franchise, the source said she was “wrong” and added that none of the ladies are untouchable when it comes to casting decisions.

“Fans have been over Vicki since the Brooks situation. But still, even after all that, Vicki thought that rules don’t apply to her because she was allowed to stay on the show,” the insider said.

“After the cocaine debacle, Kelly basically gave them an ultimatum. She told producers, ‘Either Vicki goes, or I go.’ When it came down to it, they knew that Kelly was more valuable to the show at this point [than] Vicki was,“ the source claimed. “Kelly brings fresh drama to the show with her explosive personality.“

According to the report, Vicki didn’t have much going on after attempting to get engaged to boyfriend Steve Lodge during season 13 and when it comes to season 14, her reconciliation with Tamra was far from a draw for producers.

“Now that Vicki is best friends with Tamra again, she became less interesting. Fans loved it when the two of them would fight on-air. The three of them getting drunk in Mexico together was just not as interesting as the three of them screaming at each other,” the insider explained.

Meanwhile, a separate report is revealing that with the exception of Kelly, most of Vicki’s castmates do feel sorry for her over her apparent demotion from the upcoming season of the RHOC.

“Tamra feels really bad for her, of course,” a source claimed to Radar Online. “All of the ladies besides Kelly Dodd do.”

The source also appears to confirm a separate report from this week in which a production insider gave a number of different reasons for Vicki’s demotion, which included negative feedback from fans and lack of a storyline.

“Vicki set herself up for this. It wasn’t just one particular incident. It was a culmination of a lot of different things over the past couple of seasons,” the source stated.

Vicki is said to be completely “crushed” by her demotion and is expected to make a decision on her potential “friend” position once she returns home from the Bahamas this week. Insiders, however, expect her to walk away rather than accept the part-time position.

The RHOC is currently filming its 14th season.