Home Real Housewives of Atlanta News Kenya Moore and Eva Marcille are Feuding Amid Filming on RHOA! Get Details About Their Drama Following Kenya’s Return

Kenya Moore and Eva Marcille are Feuding Amid Filming on RHOA! Get Details About Their Drama Following Kenya’s Return 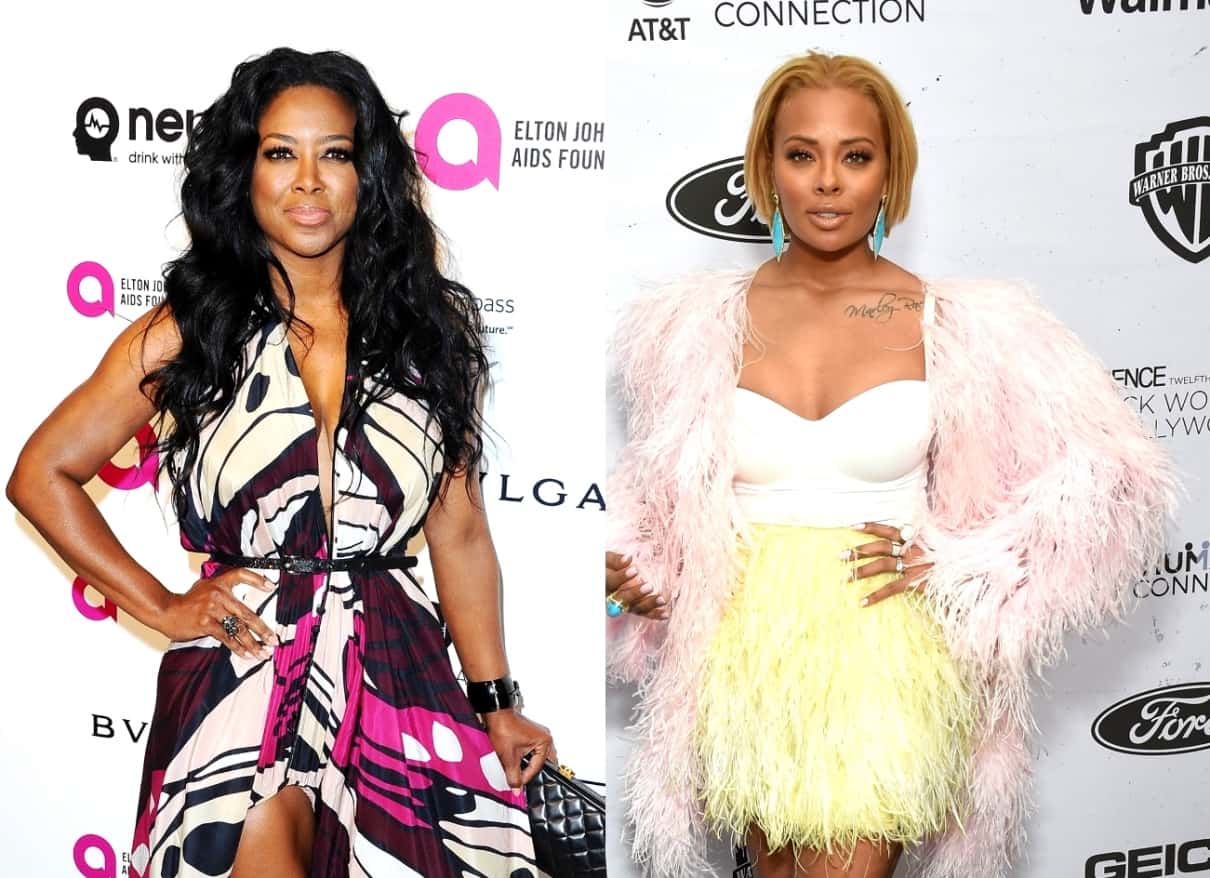 Eva Marcille isn’t thrilled with the recent news of Kenya Moore‘s return to The Real Housewives of Atlanta.

On the heels of a report suggesting Eva will soon be qutting the Bravo TV reality series, she and Kenya are said to be at odds as they film the show’s upcoming 12th season with their co-stars.

“Kenya is the villain again,” an insider revealed to Radar Online on July 15, and Eva is “coming hard for her.”

Kenya confirmed her return to RHOA last week, telling her Instagram followers she was “hungry” and “snatched a [peach].”

Although rumors have suggested that NeNe Leakes has been refusing to film scenes with Kenya, Eva didn’t hesitate to reunite with her on camera. Eva had no qualms about stirring the pot with Kenya as cameras rolled.

“Eva and Kenya went at it during filming,” the source shared. “Eva told Kenya she was a compulsive liar. Eva also called Kenya a manipulator. Now Kenya has it out for Eva.”

As for what started the feud, the StraightFromTheA blog is reporting that the drama began last month after Kenya hosted a party for her baby daughter Brooklyn and invited Eva and other castmates. According to the site, Eva decided not to bring her kids to Kenya’s party. She said that Kenya had ‘bad energy’ and she didn’t want her kids around that.

Apparently, word about Eva’s comments got back to Kenya, and she didn’t take too well to them.

“Kenya and Eva fighting is going to be one of the leading stories this season on the show,” the Radar insider added.

According to the report, Kenya agreed to return to the show for season 12 after appearing on just one episode of season 11. When she did so, she agreed to a major pay cut. While Kenya’s salary will, of course, not be revealed by Bravo TV, it was noted that she will be earning just $500,000, which is a mere fraction of her previous salary of $1.5 million.