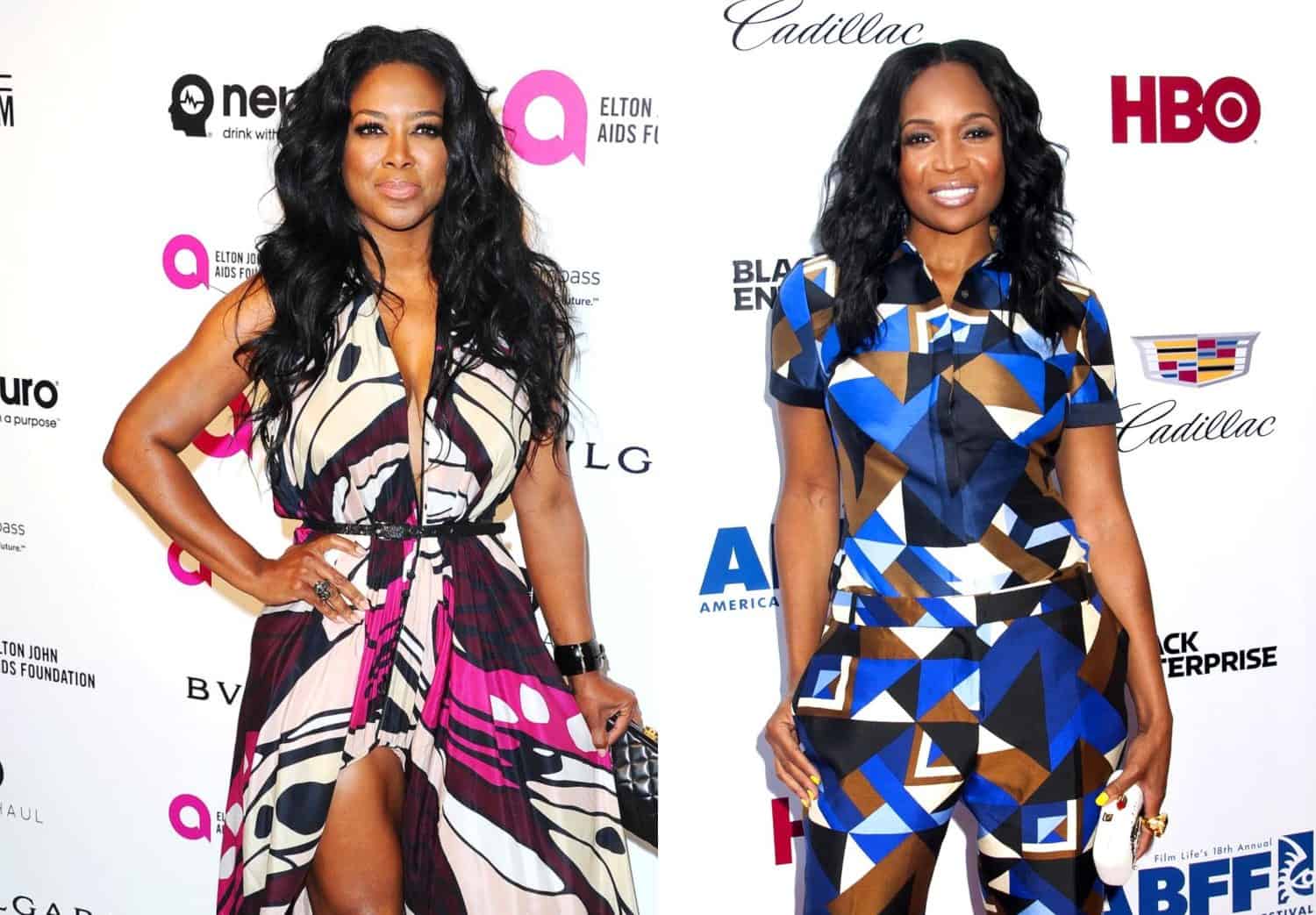 The Real Housewives of Atlanta cast reportedly filmed their first all-cast event last week at the soft launch for Marlo Hampton‘s “I am Her” wig collection. During the bash, Marlo reportedly almost came to blows with returning star Kenya Moore.

According to a new report, Kenya was kicked out of Marlo’s party after showing up with several gift bags of her own hair care products and handing them out to attendees. Then, Marlo embarked on a Kanye West moment as their co-stars looked on.

Straight From the A shared several details with readers in regard to Marlo and Kenya’s shocking encounter. They confirmed that the entire cast, including Porsha Williams, Nene Leakes, Kandi Burruss, Cynthia Bailey, Tanya Sam, Shamea Morton, and Yovanna Love, was present.

On Instagram, Marlo spoke of her event and said there were “a few thirsty folks” present.

Marlo then responded to a fan who mentioned the report regarding Kenya showing up with her Moore Hair Care line in tow by telling the woman they “have to keep them in [prayer].”

According to the report, Kenya took aim at Marlo during her event by suggesting her products were “healthy alternatives” to wearing wigs and telling partygoers that her products would make their edges grow.

At that point, Marlo pulled a Kanye and snatched the microphone out of Kenya’s hand.

“Now tell me, does it help with the grays?” Marlo asked Kenya as she pointed to the top of Kenya’s head.

Whew chilllllle, Kenya giving out her #MooreHairCare at Marlo’s “I Am Her” wig soft launch last night! You can hear Kenya telling everyone “Grow your edges back” and Marlo saying “Now tell me, does it help with the greys? 😂😂 Nene was also there earlier. This season is gonna be 🔥🔥

Following the ladies’ dispute, Kenya was reportedly escorted out of the event by security.

As for where Nene was when this was all going down, sources claimed she was staying away from the drama between Marlo and Kenya and “playing nice” with her co-stars before making an early exit from the event.