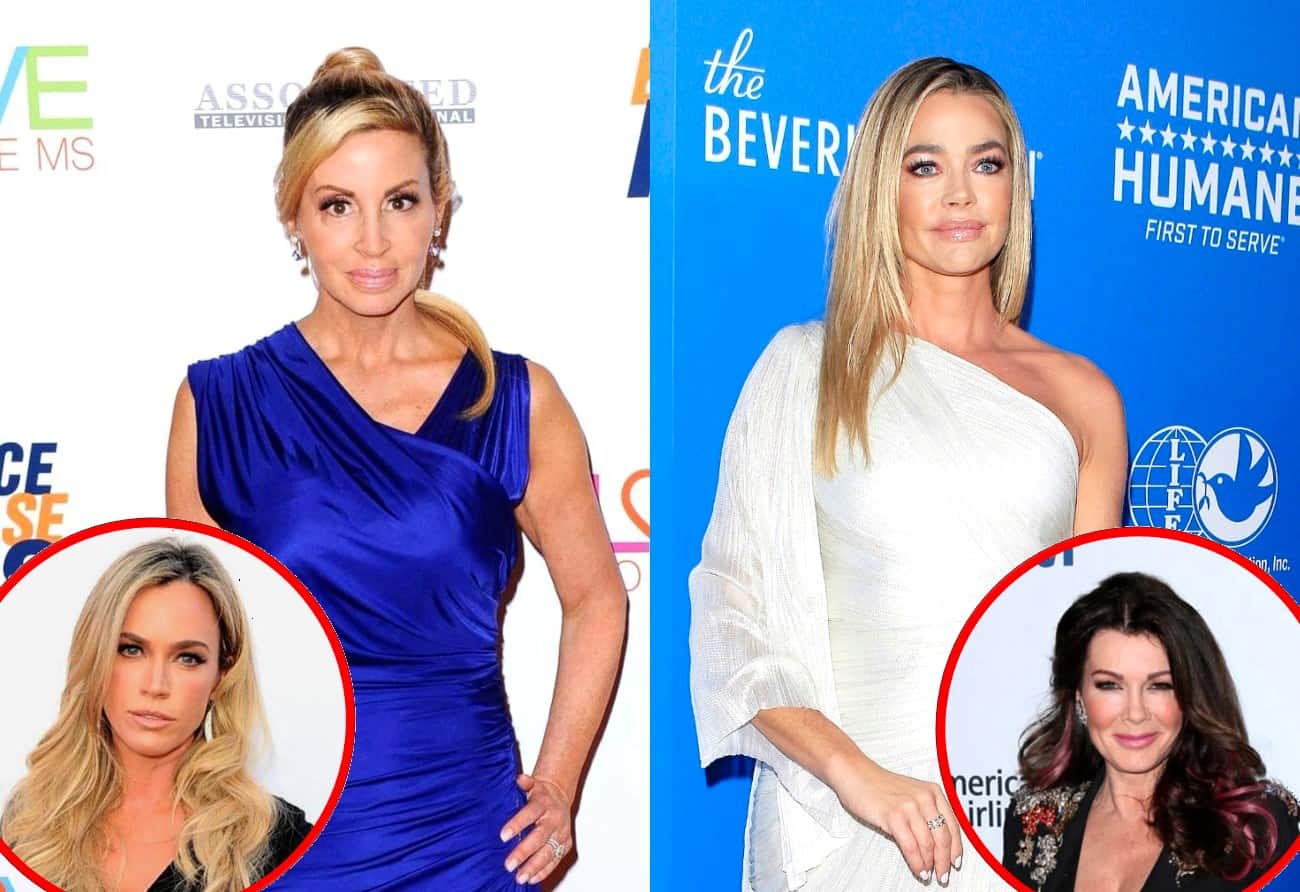 The Real Housewives of Beverly Hills star Camille Grammer took to her blog late last night following the second installment of the reunion. Needless to say, she wasn’t feeling too good about what happened.

Last night’s part two of the RHOBH reunion was pretty much all the women against Camille — at least that’s how the former housewife feels. Camille was visibly angry throughout most of the episode, resulting in a dramatic exit as she claimed the reunion was ultimately a set-up. But according to her scathing blog post, this newly married housewife had a lot more to say.

“Teddi come lately, Kyle’s new best friend, little sister, and henchwoman is hard for me to handle,” the RHOBH cast member writes. “Teddi compounds the problems, intrudes into other people’s relationships, and makes things worse not better.” Camille also points out the accountability coach’s “pretend civility” after being questioned about making Kyle a bridesmaid at her wedding even though they aren’t that close outside of the show.

Next up on Camille’s hit list? Newcomer Denise Richards. Camille takes Denise to task for asking if she “was on something” after she stormed off the reunion stage.

“Denise’s broadsides are easier to deal with as they are far less sophisticated,” states Camille. “I do find her instructions on how I should behave both presumptuous and obnoxious. Less offensive to me are her on-camera musings about whether I am “on something.” I take this as a left-handed compliment from someone who clearly enjoys her tequila.”

The former housewife was incredibly offended by the actress’s accusations that she might be under the influence of something since she is indeed a cancer survivor and grateful for her health. “I am open to suggestions on how to deal with her scowls, snarls, frowns, eye rolls, and negative body language,” Camille jokes.

But what Camille seems most “livid” about is the fact that her wedding was tainted by the nasty comments the housewives said about her on a bus headed to the airport after the event.

“I had higher expectations for the ladies from Beverly Hills,” Camille admits, referring to Kyle, Teddi, Dorit Kemsley, and Lisa Rinna. However, Camille does retract her statement about inviting the women to her wedding merely for “production” and “appreciates” that they traveled there.

The blog post wouldn’t be complete without a mention of Lisa Vanderpump — this is Real Housewives of Beverly Hills, after all. Camille praises the now ex-housewife for being nicer to her than some of the other ladies.

“I am glad that I did not succumb to the incessant pressure to throw [Lisa] under the bus this season,” Camille reflects.  The blog ends with even more kind words for the Vanderpump Dogs owner.

“I now have a greater understanding of why she didn’t film or attend the reunion. She is one sharp woman!” Camille writes.