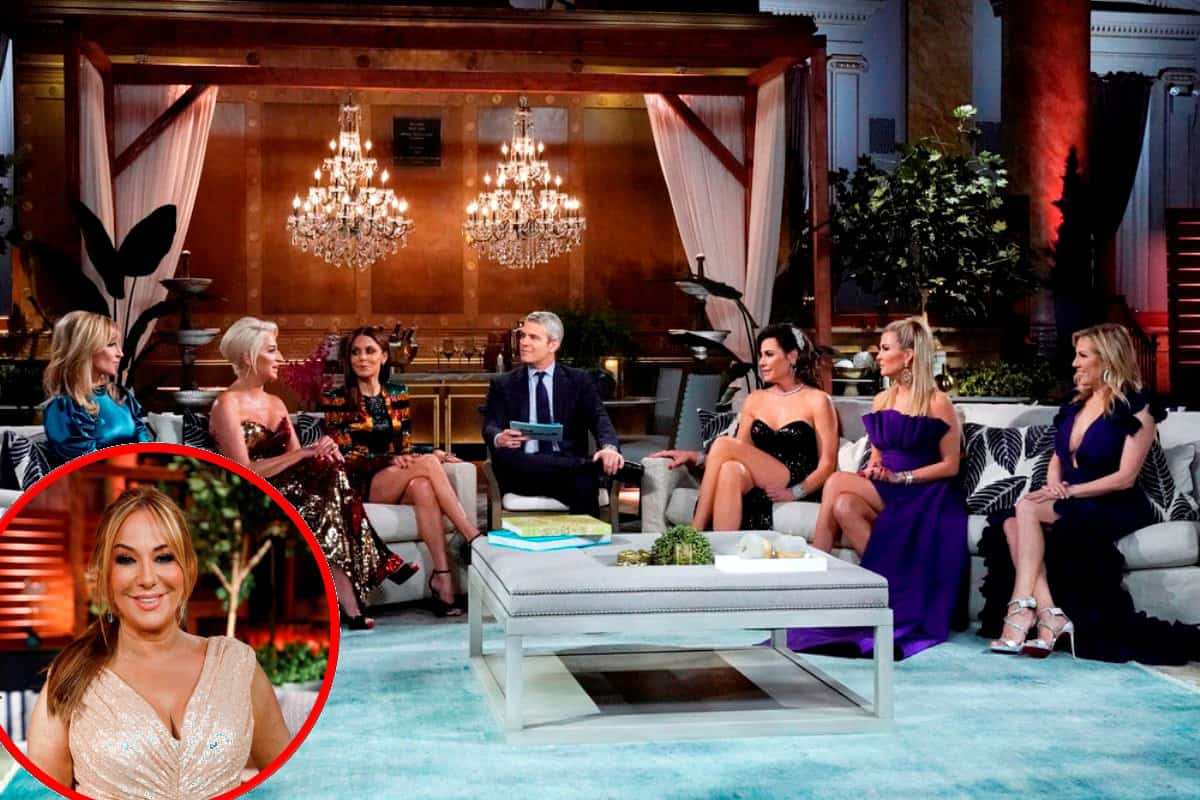 The ladies of Real Housewives of New York took one final turn on the couches last night to rehash a long and tumultuous season. While the reunion had a rocky start, it ended with hugs and love.  The only question is, will it last until next year?

The ladies started off the night by continuing their talk about Luann’s sobriety.  She fell off the wagon over the Easter holiday by having two mimosas.  That led to a violation of her probation when she failed her court-ordered breathalyzer.  She was angry with herself because she had eight months of sobriety under her belt prior to her “slip,” but she reported that she was now 28 days sober.

After the reunion was taped, Luann went back in front of the judge and was given “further restrictions” on her probation.  When asked if she would remain sober after she was out of the court’s crosshairs, Luann said that she was sober “now,” and she was taking it “one day at a time.”

Barbara also finally joined the ladies last night.  She dished on her experience as the new housewife on the block.  She was immediately asked about her comments about Luann’s singing abilities—or lack thereof—during her cabaret act.  Luann said she felt that Barbara was “at it again” with her trash talk.  She said it was reminiscent of the comments Barbara made to Carole a few seasons back regarding Luann’s marriage to Tom.  Luann added that she’d recently been cast in a Broadway production of “Chicago,”  and she said Barbara could “shove it right up her a**.”

Barbara said that she hadn’t meant any harm with her comments and that Luann should have some “self-awareness,” as she is a “great performer,” but not exactly a gifted singer.  She also added all the ways in which she’d been a supportive friend to Luann in the past. This included putting her own good name on the line by vouching for Luann with lawyers and financiers and assisting with her intervention.  Plus, perhaps biggest of all, Barbara attended Luann’s show EIGHT times!  That’s what I call a true friend!

Surprisingly, the other ladies agreed that Barbara deserved a “hall pass” under the circumstances.  They said she should be forgiven for her less-than-kind assessment of Luann’s singing abilities.  This put Luann on the spot.  Soon enough, she was forced to agree as well.  The two friends hugged dramatically, Luann risking her dress with Barbara’s ubiquitous and thickly applied self-tanning spray.

After a montage of the ladies complaining about Luann’s arrogance and the constant mentions of her cabaret act on the show, Luann was asked if she really thought the ladies were jealous of her—an assertion she made numerous times through the season.  Her answer was simply, “what else could it be?”  Oh, Countess!

The ladies assured her that they were most certainly not jealous.  They were simply tired of her self-important attitude toward everyone—and yes, her constant mentions of her cabaret act.  As proof of this attitude, they asked Luann if she knew where Sonja’s daughter would be attending college in the fall.  Luann drew a complete blank, and it was clear she simply hadn’t asked.  By the way, Sonja’s daughter will be attending Penn—a fact that would cause any mother to beam with pride, and surely Sonja would have mentioned it to Luann. After all, the other ladies knew.

Talk soon turned to Bethenny’s meltdown in Miami.  Bethenny apologized for being so dramatic and causing such a huge scene.  She also assured Luann that it hadn’t all been about her.  After all, she’d had a lot on her plate at the time, not the least of which was the grief she felt over Dennis’ death.  She was well overdue for an explosion.

Sonja chimed in to say that Luann is a “big girl” and needed to “get whacked.” I think we can all agree with that.  Ramona certainly did.  She told Luann that after all Bethenny had done for her, she should be “kissing her a**.”  This prompted Bethenny to walk right over and serve her skinny little tush up on a silver platter.  It was all in good fun, though, and as Luann pretended to kiss her behind, Andy declared it a first in Housewives reunion history.

The ladies ended their reunion by stating their biggest regrets of the season.  Sonja said she regretted giving “Raj”—the butler she shamelessly flirted with during the Miami trip—”advice” and trying to make him “Google-able.”  For the record, the young man’s name is Tej, and he told her this several times.  Sonja prefers Raj, though, and she’s sticking to it.

Bethenny’s biggest regret was a comment she’d made about having a daughter that we didn’t see on camera.  When the ladies had gone to visit their artist friend and had been gifted some artwork, Bethenny had said she didn’t need a gift because she “had a daughter.”  She felt that it may have been hurtful to Tinsley, who does not.  As for Luann, her biggest regret was basically being so self-centered and not realizing that her friends were still her “cheerleaders.” 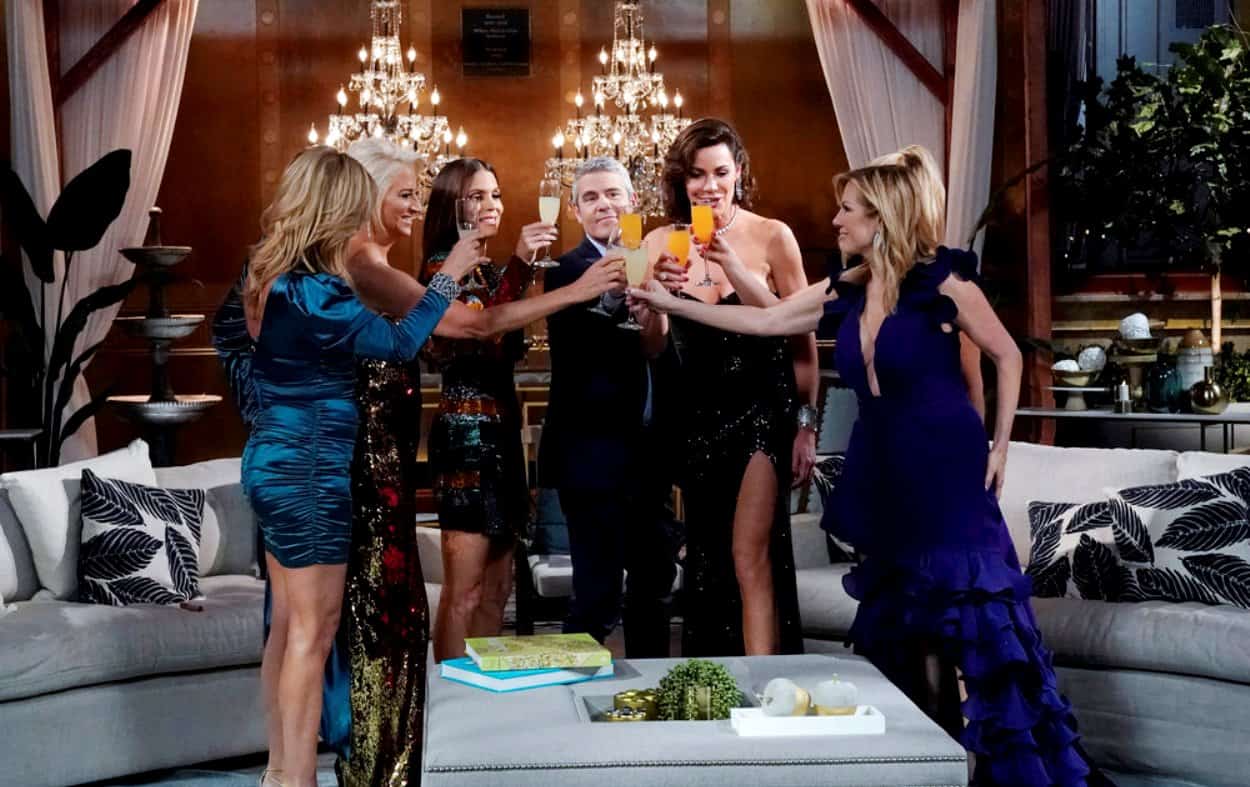 It ended with a non-alcoholic toast, given by Luann.  The ladies clinked their glasses as Luann recited the serenity prayer—an ironic but fitting end to the season.  See you soon, ladies!