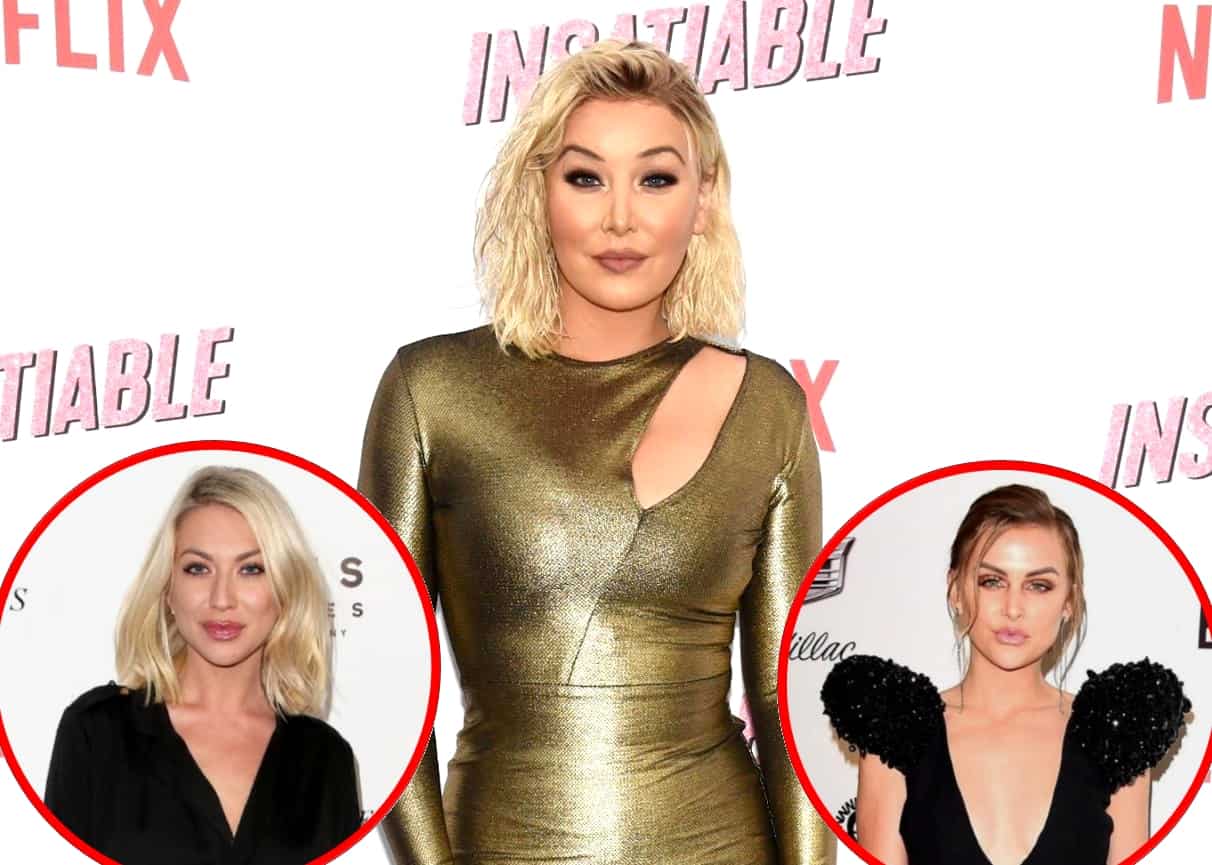 Billie Lee is opening up about where she stands with her former co-stars.

After announcing her exit from Vanderpump Rules last month, the transgender star revealed the status of her relationships with Stassi Schroeder, Lala Kent, and Tom Sandoval.

“I don’t really know [Stassi] and I don’t really care to hang out with her, or know her,” Billie explained to In Touch Weekly on August 1.

In April, Stassi called out Billie for creating ridiculous feuds between herself and her co-stars and said she believed Billie should leave the show because she wasn’t a part of the cast’s friend group.

“I was confused by her comments. I mean, at the same time she’s selling a book, so, you know, whatever she can do to make headlines, I get it,” Billie said. “But I joined SUR to make money. And then I joined [Vanderpump Rules] to be visible as a trans woman. I didn’t join to be Stassi’s best friend.”

According to Billie, she’s close to the cast members who work alongside her at SUR Restaurant, including Scheana Marie, Ariana Madix, and James Kennedy.

Billie didn’t agree with the way in which Stassi called her out months ago and said she should have embraced her because she was the minority of the cast.

“Instead of being the mean girl in this situation, why not just embrace the person that’s different?” she wondered. “In general, people just need to be open to more diversity and inclusion.”

While Billie and Lala had a couple of blowouts with one another during the seventh season of the show, Billie said they are now on much better terms.

“I love the girl. I told her all the time, she has an amazing, powerful energy about her,” Billie revealed. “I wouldn’t say that we are best friends and we hang out, but she was there for me when I hit rock bottom and reached out texting and making sure I was okay, and I really appreciated that.”

As for her relationship with Tom, Billie applauded Tom for his open-mindedness.

“I think because Tom really enjoys his job and we do too, we kind of just draw each other together, we come together in that way. But also, I think we’re all figuring out, and I think I did this too, is just by me being around, I think Tom is figuring out who is close-minded, who’s open-minded,” Billie explained. “Tom is so open-minded and he has such a big heart that I don’t think he really wants to necessarily hang out with people who are close-minded and negative.”

Vanderpump Rules will return to Bravo TV later this year for season eight.