RHOBH’s Camille Grammer Believes Kyle Richards Only Wants Brandi Around to Irritate Lisa, Reveals Why She Has Turned Against Kyle 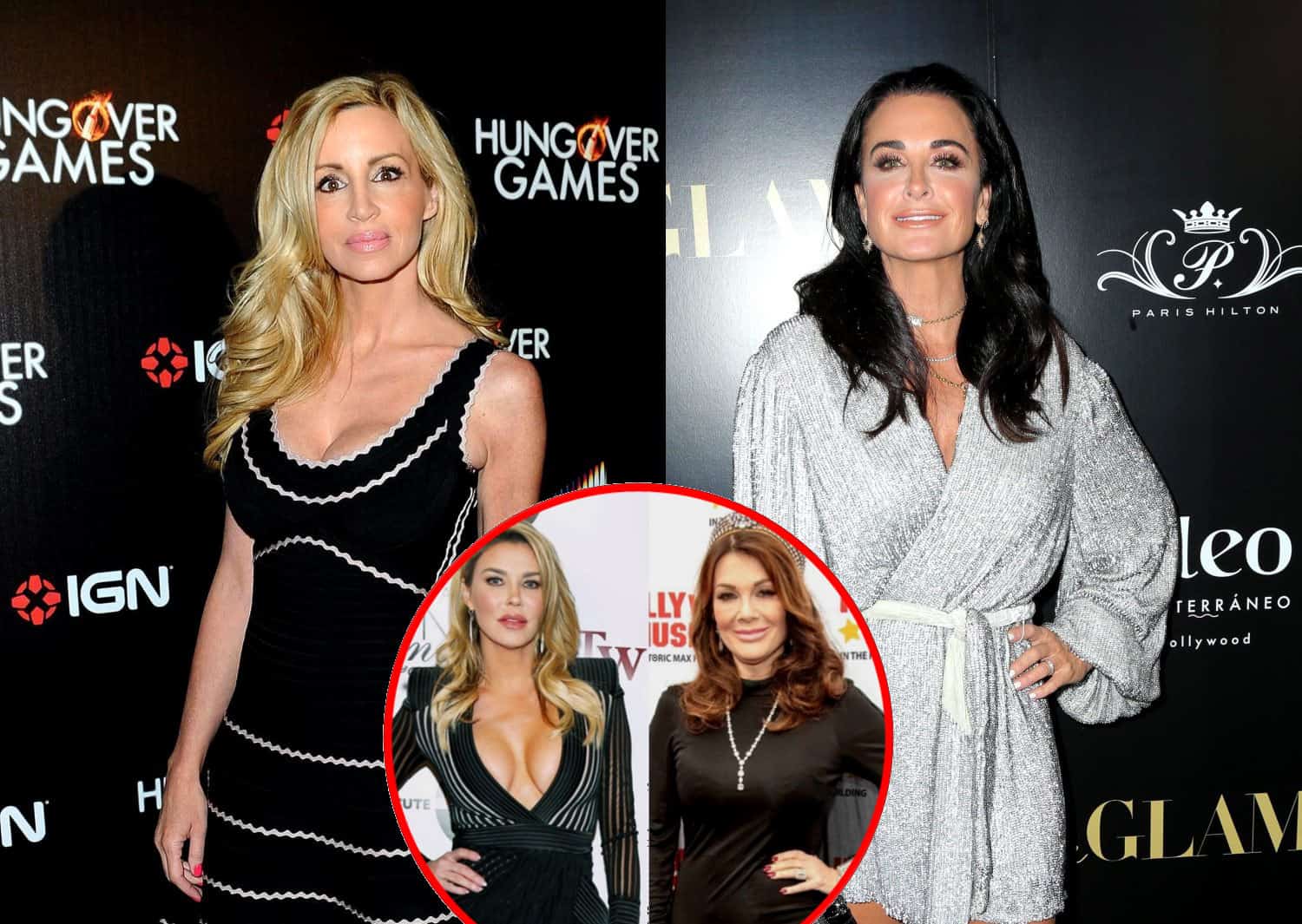 The Real Housewives of Beverly Hills star Camille Grammer still stands behind Lisa Vanderpump nearly a week after the reunion aired, but she has had a clear change of heart toward Kyle Richards.

While the RHOBH season nine officially concluded last week, Camille is still incensed about the season. She’s taking to Twitter to get some of her frustrations off of her chest.

On Twitter, a fan questioned Camille about Kyle’s recent change of heart toward Brandi Glanville. As most RHOBH fans are aware, Brandi and Kyle were not on the best terms when she left the show. They’ve now become friends in the past year, around the same time Kyle started feuding with Lisa, who is also on the outs with Brandi.

“I doubt Kyle she has really had a change of heart. She’s only bringing Brandi around to irritate Lvp,” the Bravo fan claimed in a post to Camille.

Camille responded with a simple, “I agree”

While Brandi has never been officially asked to come back on the show, she’s been causing quite a stir behind the scenes. Most recently, Brandi accused Lisa of giving Camille a script to follow during the reunion, something which both Lisa and Camille have denied.

Another fan also stood behind Camille, insisting the housewives ganged up on her during the reunion.

“IMO, they were going to be biased against Camille no matter the outcome. It’s like the saying goes, you see people’s true colors in times of personal crisis,” the fan tweeted.

Camille responded, “I agree! The fix was in.”

I agree! The fix was in.

And, while Camille seemed to make peace with Kyle by the end of the concluding RHOBH reunion episode, at one point going as far as saying she “adored” her, it seems she’s changed her mind since it aired.

Last week, Camille took to Twitter to slam the cast, minus Lisa, as being “trash.” When a Twitter user accused her of being fake, stating she had just hugged Kyle at the reunion, Camille explained why she was now against Kyle.

“I didn’t know that Kyle was so rude and catty after I walked off set,” the Bravo star replied. “If I had known I would not have hugged her.”

I didn’t know that kyle was so rude and catty after I walked off set. If I had known I would not have hugged her.

The new season of the RHOBH will likely start filming sometime during the summer.