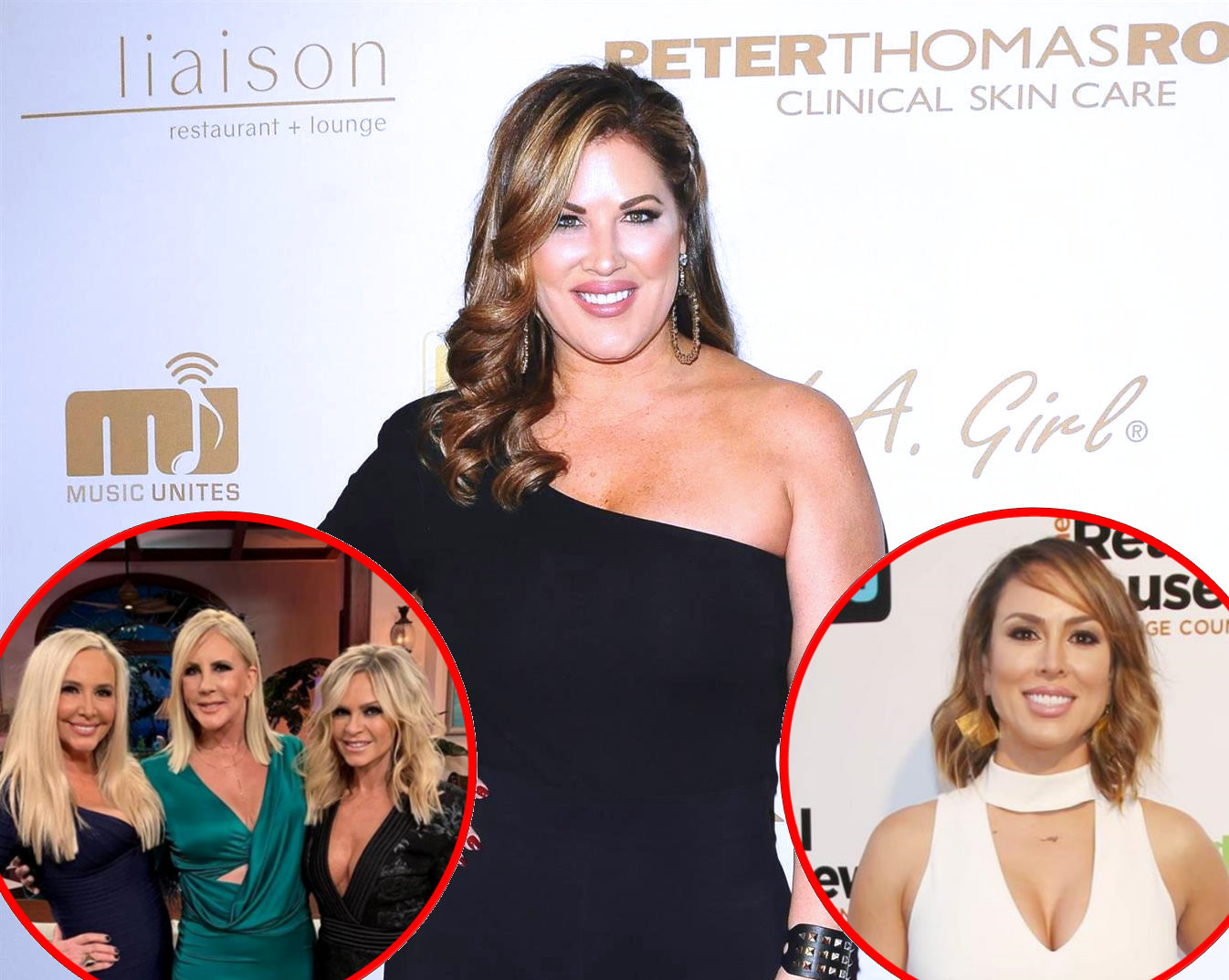 Emily Simpson is dishing on what fans can expect to see on the upcoming 14th season of The Real Housewives of Orange County.

During a new interview, Emily offered an update on her relationship with Kelly Dodd before addressing Vicki Gunvalson‘s demotion. She also threw shade at the “Tres Amigas,” and she revealed why she can’t trust them while calling one of them ‘inauthentic.’

“The viewers this season are going to be totally surprised because Kelly and I have no issues,” Emily revealed on The Domenick Nati Show. “I consider Kelly one of my closest friends.”

While Emily and Kelly feuded heavily during season 13, Emily said she’s not the kind of girl that holds grudges. She said that although she did threaten to kill Kelly at one point last year, she’s been known to move on pretty easily.

When the trailer for the 14th season of The RHOC was first released last month, Emily was surprised to learn that Vicki had been demoted to a part-time role on the show. Emily said that while she hasn’t yet spoken to her co-star about the issue, she’s sure Vicki isn’t happy about it. That said, Emily also noted that Vicki “is on the show and she’s on a lot.”

“I filmed with her a ton,” Emily explained. “It’s not really like she’s making a little cameo here and there or just guest appearances. She’s very much a part of the show and the cast. I don’t think it was anything personal. I mean obviously Vicki Gunvalson is great for TV.”

Although Emily acknowledged that Vicki is amazing on television, she also said Vicki and the other two members of the “Tres Amigas,” Tamra Judge and Shannon Beador, are the least trustworthy members of the cast.

“I think those three, they are out for themselves and so I don’t trust them as a group. They stick together very tightly and they don’t like to go outside their group. I would be leery of trying to infiltrate that group,” Emily said.

Emily also took aim at Shannon for being the least authentic member of the cast.

“I just know that some of the other women have made comments that Shannon Beador is very different when she’s not filming,” Emily stated. “That’s just things that I’ve heard from other people that are closer to her than I am. I don’t know because I don’t know her very well at all. She doesn’t talk to me very much.”