Home Real Housewives of Orange County News RHOC Star Kelly Dodd Reveals Why She Thinks Vicki Gunvalson Got Demoted, Talks Fight With Family and Slams Co-Stars for ‘Making up Rumors’ About Her, Plus Live Viewing Thread!

RHOC Star Kelly Dodd Reveals Why She Thinks Vicki Gunvalson Got Demoted, Talks Fight With Family and Slams Co-Stars for ‘Making up Rumors’ About Her, Plus Live Viewing Thread! 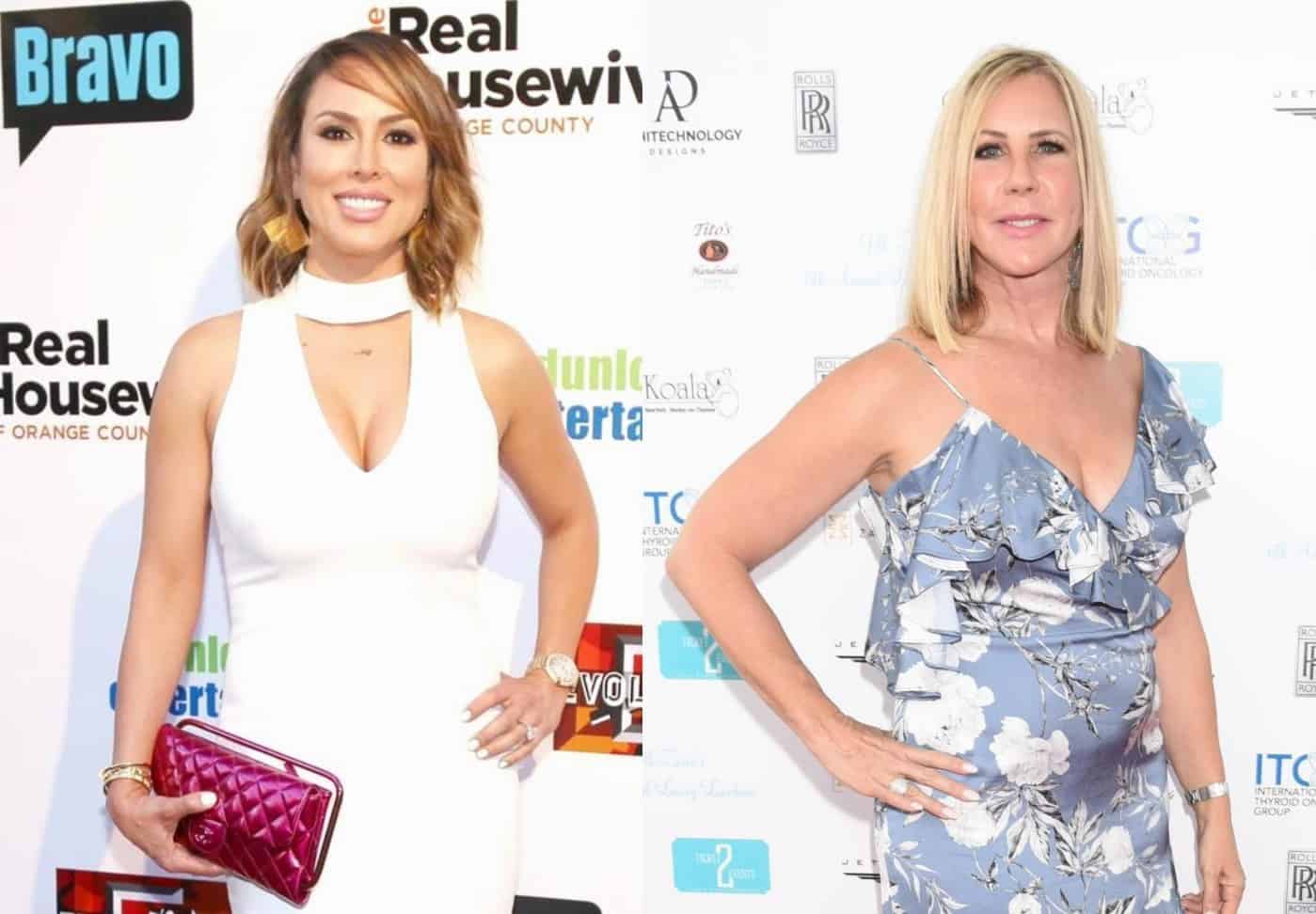 Kelly Dodd is dishing on the upcoming 14th season of The Real Housewives of Orange County.

Ahead of the August 6 premiere, Kelly opened up about the drama she went through with her co-stars, addressed Vicki Gunvalson‘s demotion, and admitted to considering quitting the show on numerous occasions.

In an interview with E!, Kelly said fans are going to see a very different version of her on the new episodes. She also confirmed the widely reported fight that took place with some members of her family.

“It’s weird because I had my mother and my brother, and I sold my house for $5 million and then I moved into this small, little apartment. So, now I’m a single mom, and my whole life is completely different,” Kelly explained to The Daily Pop. “I don’t have help anymore, and you’re gonna see, like, my mom and my brother — I got kind of got in a fight with them.”

According to Kelly, she had a lot of things going on with her personally during the new season on top of the women “making up rumors” about her, which made for a difficult season.

“It’s kind of like ‘Groundhog Day.’ It’s like me reverting back to season one again. It’s bizarre,” Kelly revealed. “These women make up all these rumors about me, but you’re gonna see at the end how it just all comes up.”

“Vicki comes after me the most, obviously. And then Tamra, like, and Shannon kind of jump on her bandwagon a little bit,” she continued.

As for her thoughts on Vicki’s demotion, Kelly shared her theory on why she believes Vicki’s role got reduced for the new season.

“I don’t know why she got demoted,” Kelly explained. “I would assume that’s probably, you know, not enough personal story, but that’s just my own opinion. But she’s still on it quite a bit, you guys. It’s not like she is not there.”

While Kelly returned to her full-time role for season 14 after initially saying she planned to quit amid her ugly feud with Vicki, she admitted she has actually considered leaving the show “more times than not” during her years-long run.

“I’m not screaming and yelling like some of them. I can’t say who, but yes,” she stated.

RHOC Live Viewing – We will be holding live viewing threads for the RHOC this season so feel free to comment and chat below as the season premiere episode airs at 9/8c tonight on Bravo TV!  A preview clip is below.