Home Real Housewives of Beverly Hills News How Do Teddi Mellencamp and Kyle Richards Feel About Petition to Have Them Fired From RHOBH? Plus Find Out Where They Stand With Lisa Vanderpump

How Do Teddi Mellencamp and Kyle Richards Feel About Petition to Have Them Fired From RHOBH? Plus Find Out Where They Stand With Lisa Vanderpump 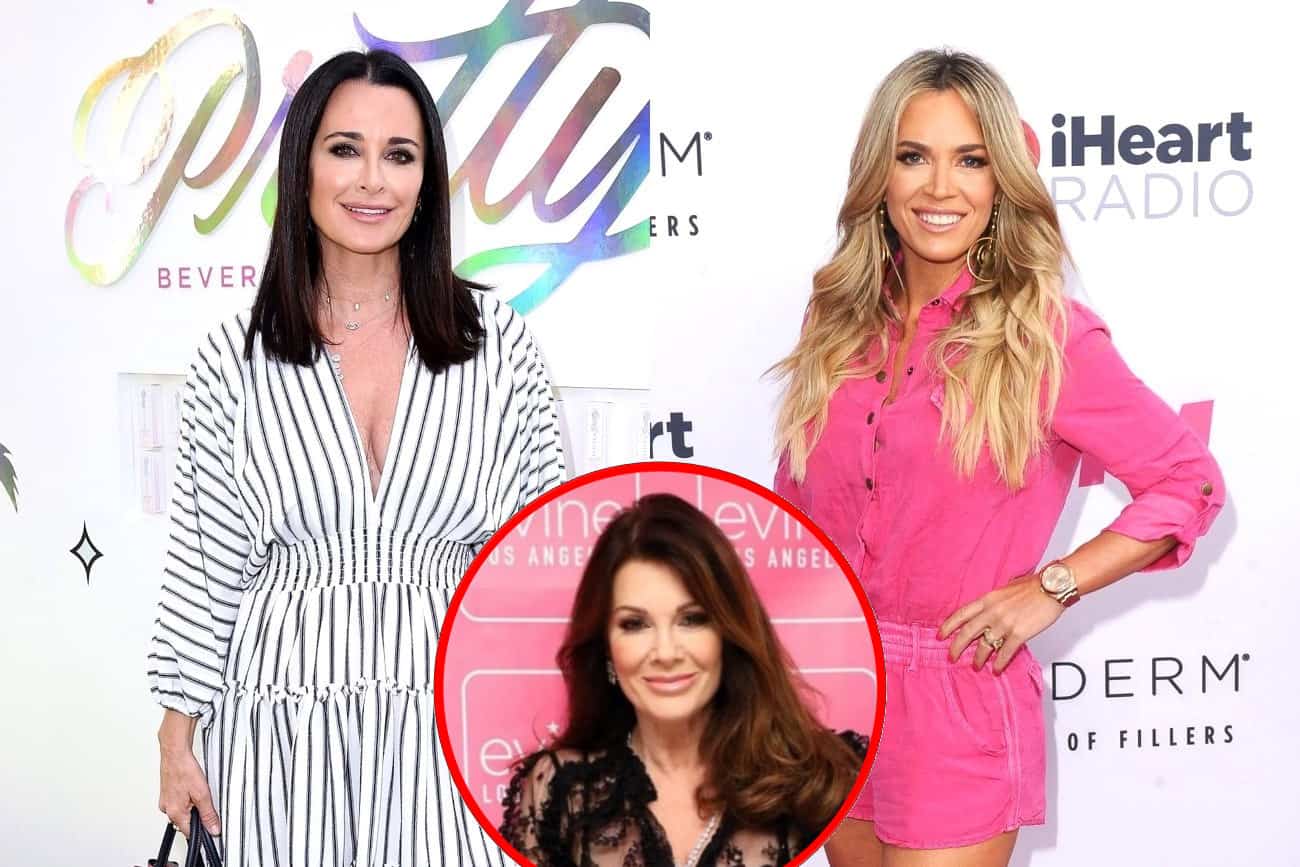 Are Teddi Mellencamp and Kyle Richards concerned about the petition to have them fired from The Real Housewives of Beverly Hills?

As the petition, which accuses the ladies of conspiring against Lisa Vanderpump during season nine, continues to gain traction online, a source is speaking out about Teddi and Kyle’s thoughts on the matter and revealing where they stand with their former co-star today.

“Teddi and Kyle [Richards] are not at all offended by fans calling for their firing. They’re both 100 percent confident they’ll be back for another season,” a source close to the ladies told Hollywood Life. “Both Teddi and Kyle know Lisa has really loyal, hardcore fans, however, they know they do as well, so figure it is what it is. They both know that should they get fired, it would have nothing to do with Lisa’s fans but they’re not at all worried about this.”

Still, the insider added, Kyle and Teddi “would be beyond devastated if either of them did in fact get fired.”

In the Change.org petition, which has now garnered over 5000 signatures, Teddi is accused of “helping propel the propaganda” against Lisa by suggesting Lisa enlisted John Blizzard to encourage her to share a negative story about Dorit Kemsley abandoning the chihuahua mix she adopted from Vanderpump Dogs, which Lisa denied.

As for where Teddi and Kyle stand with Lisa today, the insider said Kyle and Lisa are “cordial.” The same can’t be said for Teddi, though.

“Kyle feels at peace with how things are with Lisa,” the source explained. “The two talked a few months ago after bumping into one another and the conversation went as well as possible. The two will never be best friends again, but they’re cordial should they see one another.”

While Teddi isn’t in a good place with Lisa at all, her friendship with Kyle is going strong.

“The two women grew extremely close over everything with Lisa Vanderpump as Teddi was at the center of some of it and Kyle lost her friendship with Lisa, so they naturally bonded over the entire situation,” the insider said.

The Real Housewives of Beverly Hills season 10 is expected to begin production in the coming months.