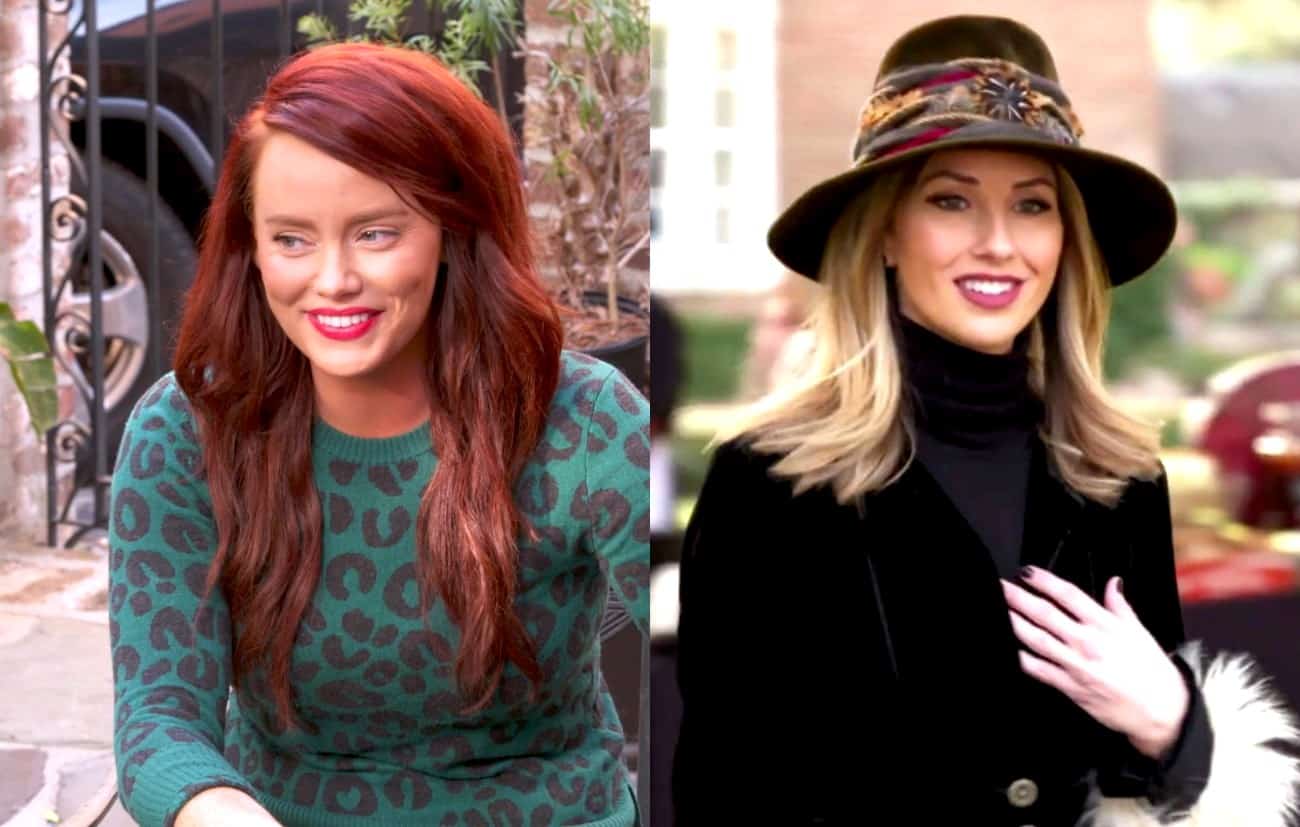 Kathryn Dennis and her costars are above Ashley Jacobs and her drama… literally.

During Wednesday night’s season six finale of Southern Charm, Kathryn took to her Twitter page to throw shade at Ashley, as she shared a telling message about the episode before posting unseen footage taken at the home of Patricia Altschul.

“HA #aboveit,” Kathryn wrote in the caption of a photo of herself and her costars standing on a balcony after Ashley was kicked out of Patricia’s finale party.

A short while later, Kathryn shared a second Twitter post in which she revealed what fans had missed on Wednesday night.

“What y’all missed… #byeashley XO #southerncharm,” Kathryn wrote in the caption of her clip, which featured her and her costars saying, in unison, “Bye Ashley!,” as Ashley was seen walking down the street.

In response to Kathryn’s Twitter disses, Ashley told The Blast that her costar was being “petty.” She suggested Kathryn was acting out due to the recent death of her mother, Allison Calhoun Dennis.

“It was sad to hear the news of her mother’s passing, I would think at a time like this, this pettiness would be beneath her,” Ashley said. “As a hospice nurse, I know everyone grieves in their own way. To each his own.”

Allison passed away on August 7 after a battle with cancer, just months after Kathryn gushed over their relationship and applauded her mother for standing by her.

“I don’t know what I would do without her,” Kathryn told PEOPLE in April.

“She was sick for a year and a half and I was taking care of her,” she continued. “She’s since been living with me, essentially. It’s great to have her around, especially because she’s so good with the kids [Kathryn’s son St. Julien, 3, and daughter Kensie, 5]. She’s amazing. She’s the best mom I could ever hope for with everything.”