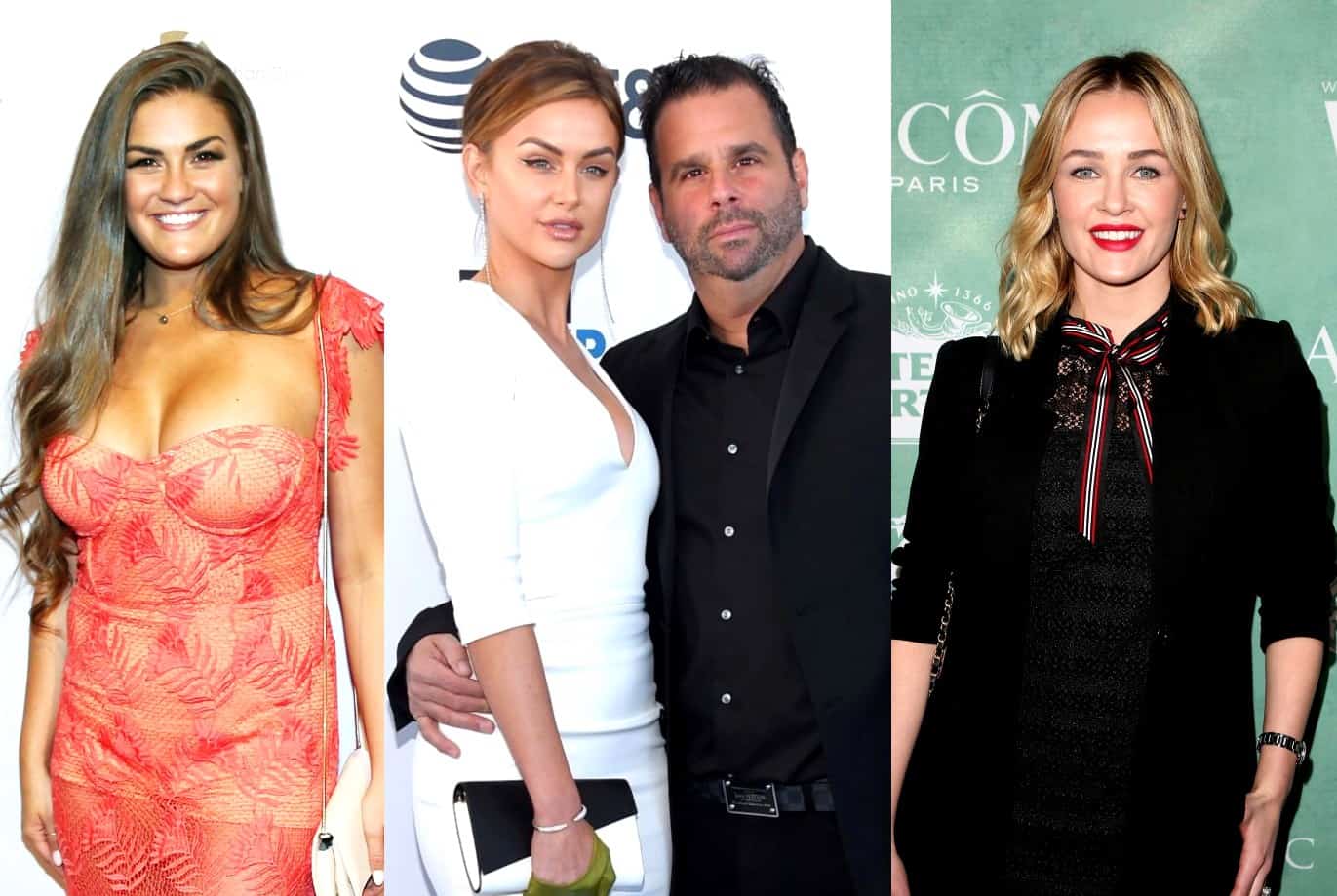 Brittany Cartwright is coming to Lala Kent‘s defense on Instagram.

After her Vanderpump Rules costar was called out on Instagram earlier this week by her fiancé Randall Emmett‘s ex-wife, Ambyr Childers, who accused her of refusing to stop sharing photos of the two daughters she shares with Randall, Brittany shared her thoughts.

“Lala is AMAZINGGGGG to these beautiful girls and I have seen first hand that they love her just as much,” Brittany wrote in the comments section of a news snippet shared by E! News. “She knows the importance of family and would never take that for granted.”

In an Instagram Story posted earlier this week, Ambyr said the Pump Rules cast member was ignoring her text messages, which prompted her to make a public statement.

“Lala, I appreciate your love towards my children, but until you’re officially their stepmother please refrain from posting my children on social media!” Ambyr demanded. “I hope [you] understand where I’m coming from. Many thanks.”

While Lala didn’t respond to Ambyr’s post, she did respond to a fan who commented on the online feud.

“I think it’s wonderful how you love the girls. I always say the more people that love my kids the better,” the fan wrote.

Lala also posted several updates on her own Instagram Stories after Ambyr’s post was shared, including new videos of Randall and Ambyr’s daughters, London and Rylee.

Although Kent and Emmett aren’t married quite yet, they’ve been engaged since September of last year. They recently announced plans to wed in Miami on April 18, 2020.