Home Real Housewives of Beverly Hills News RHOBH Star Denise Richards Reveals Where She Stands With Camille Grammer After Explosive Reunion, Plus She Says ‘Lines Were Crossed’ During Puppy Gate

RHOBH Star Denise Richards Reveals Where She Stands With Camille Grammer After Explosive Reunion, Plus She Says ‘Lines Were Crossed’ During Puppy Gate 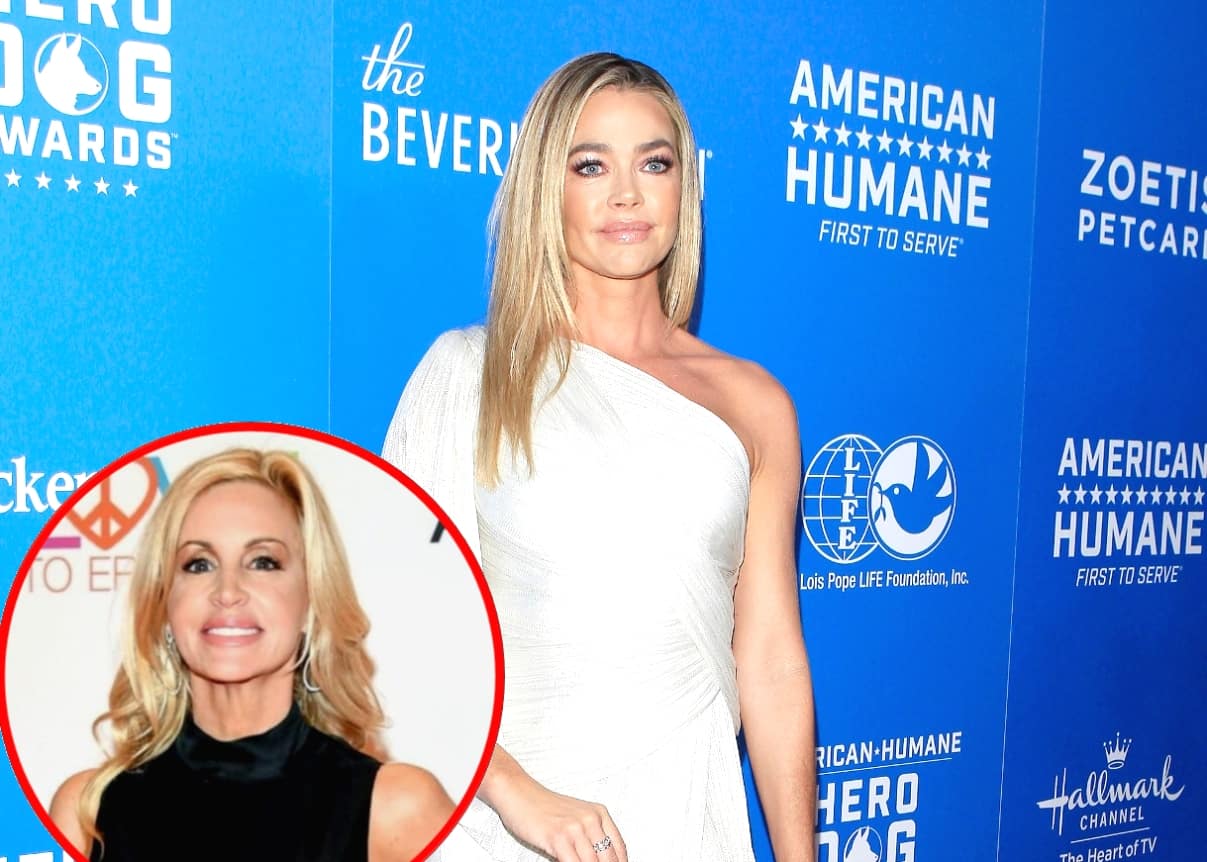 The Real Housewives of Beverly Hills star Denise Richards is revealing where she stands with co-star Camille Grammer ahead of season 10.

After watching the season nine reunion of the RHOBH, it was clear that newbie housewife Denise and her castmate Camille weren’t getting along very well. But as viewers have seen in the past, sometimes housewives who were once at odds become friends after hashing things out. Unfortunately, that doesn’t seem to be the case with these two Beverly Hills beauties.

In an interview with Too Fab, Denise dished that she and Camille aren’t exactly on speaking terms.

“I haven’t seen [Camille] since the reunion, but we’re all very busy, and all of us have a lot going on,” the reality star said politely when asked where they stand.

It’s no surprise that the two reality stars aren’t chatting it up these days since Denise has stated she didn’t appreciate some of the comments made by Camille during the reunion, including comparing their experiences in the devastating Woolsey Fires in Malibu. Camille insinuated that Denise and her husband Aaron Phypers didn’t go through as much hardship as she did, stating fire damage to a rental home wasn’t the same as losing one you own.

In the interview, the actress also dished about how she felt after having watched the infamous “puppy-gate” drama go down over the course of her freshman season.

“I think there was some things that were said that were not necessary. We’re all adults, and I think that there’s times you don’t cross a line,” said the reality star without mentioning names.

While Denise wouldn’t divulge too much information about filming for season 10 other than that she’ll be returning, she did reveal that she’s been hard at work on an upcoming Lifetime film, The Secret Lives of Cheerleaders. In the made-for-TV movie, Denise plays a mother of a cheerleader dealing with the emotional and physical tolls of the sport and high school in general.

The actress-turned-reality star also revealed that while her three daughters did appear on the show briefly in season nine, they really don’t care much about the series, which Denise is somewhat happy about.

“You know, it’s a very adult show. I think they have seen a couple episodes, but I’ve never sat down with them and watched it with them,” the Bravo star explained. “There’s certain things you don’t want your kids to watch or see.”

The Real Housewives of Beverly Hills season 10 has officially begun filming. You can see photos from the new season here.