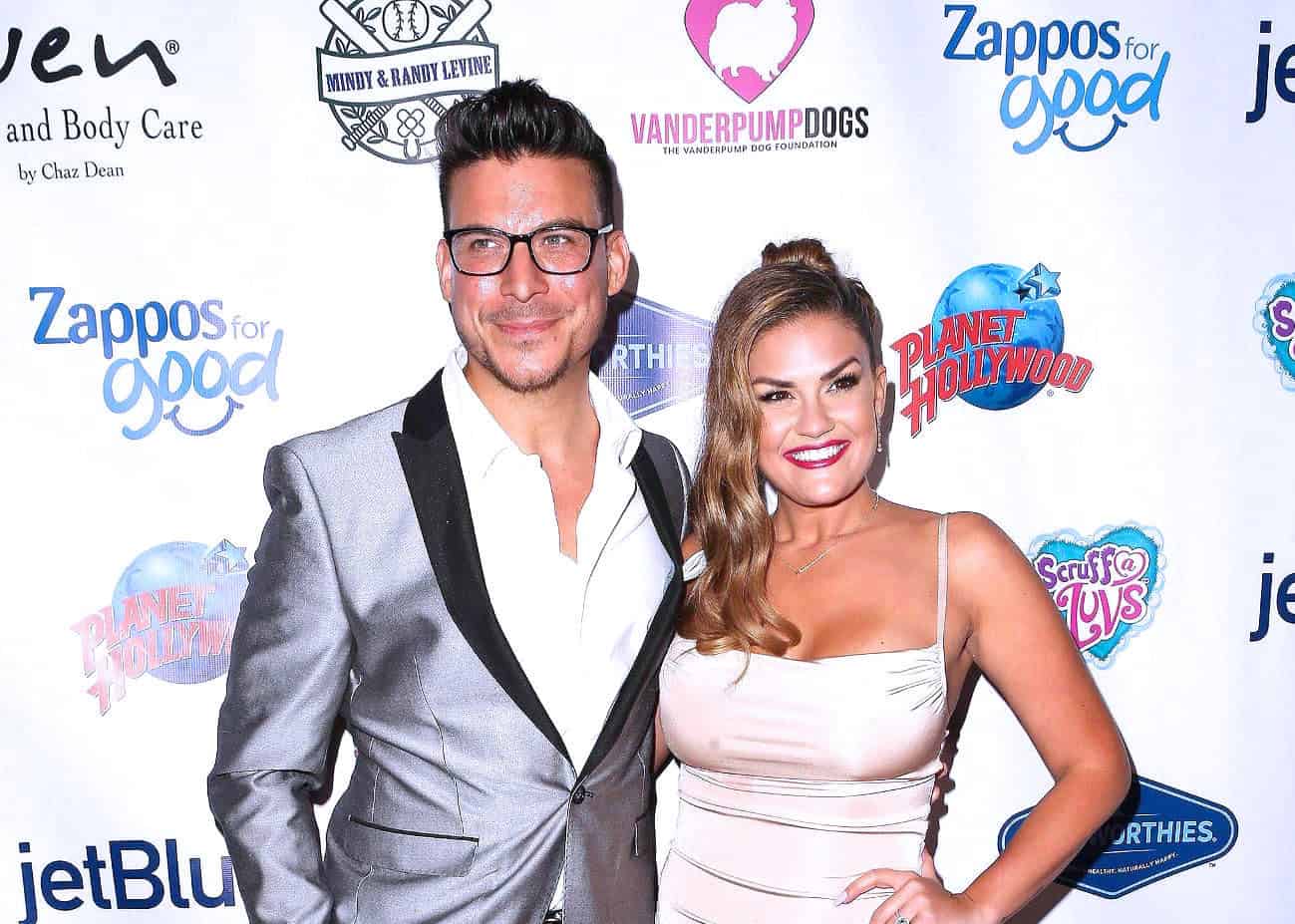 Brittany Cartwright is speaking out about the ongoing rumors claiming she and husband Jax Taylor could be headed for a split as she also addresses Jax’s feud with his Vanderpump Rules costars.

After her husband was photographed not once, but twice without his wedding band, the Vanderpump Rules star is sharing her thoughts on Jax’s decision to go out without his ring. She also revealed where they truly stand with one another two months after their Kentucky wedding.

“There are articles saying that our marriage is in trouble and stuff like that. I’m just like, ‘Oh my goodness,’” Brittany said during an interview with Us Weekly on August 28, adding that she and Jax are “laughing” about the speculation.

“We have been so solid. I don’t even worry about it because as long as we’re happy and we’re doing good, that’s all that matters, you know?” she explained.

According to Brittany, Jax removes his ring before working out, which he does twice a day, so he “doesn’t mess it up.”

As for their current status, Brittany said married life has been “awesome” for her and Jax.

“I think we’ve settled in very well. I’m just so excited. I love Jax so much so everything’s been going great. Hopefully we’ll be able to have a family and stuff. We’re doing great. We are very, very, very happy right now,” she gushed.

In a separate interview with Us Weekly, Brittany also addresses Jax’s reported feud with some of his cast members, including Tom Sandoval, Ariana Madix, and Kristen Doute, who he blocked on social media. Without revealing too many details about the feud, which will likely be a storyline on the upcoming Pump Rules season, Brittany stated that she simply tries to play the role of a peacemaker when it comes to the drama.

“I try to be a peacemaker as much as I can,” she said during an event to launch her ShoeDazzle collection. “I feel like I’m a good listener, and I just try to be there for my friends and help them work through it.”

She added, “To me, it’s more fun when we can all hang out and get along… But yeah, it’s Vanderpump Rules, and there’s a show for a reason. Drama, drama, drama! All the time.”

Brittany also claimed that due to her positive influence on Jax, he has become better at handling conflict.

“He’s learned to, like, take a step back instead of, like, lashing out,” said Brittany. “So that’s such a great change that Jax has made because he’s lashed out a couple times before. Now he’s trying to take a step away, breathe for a second, and figure it out whenever he cools down.”