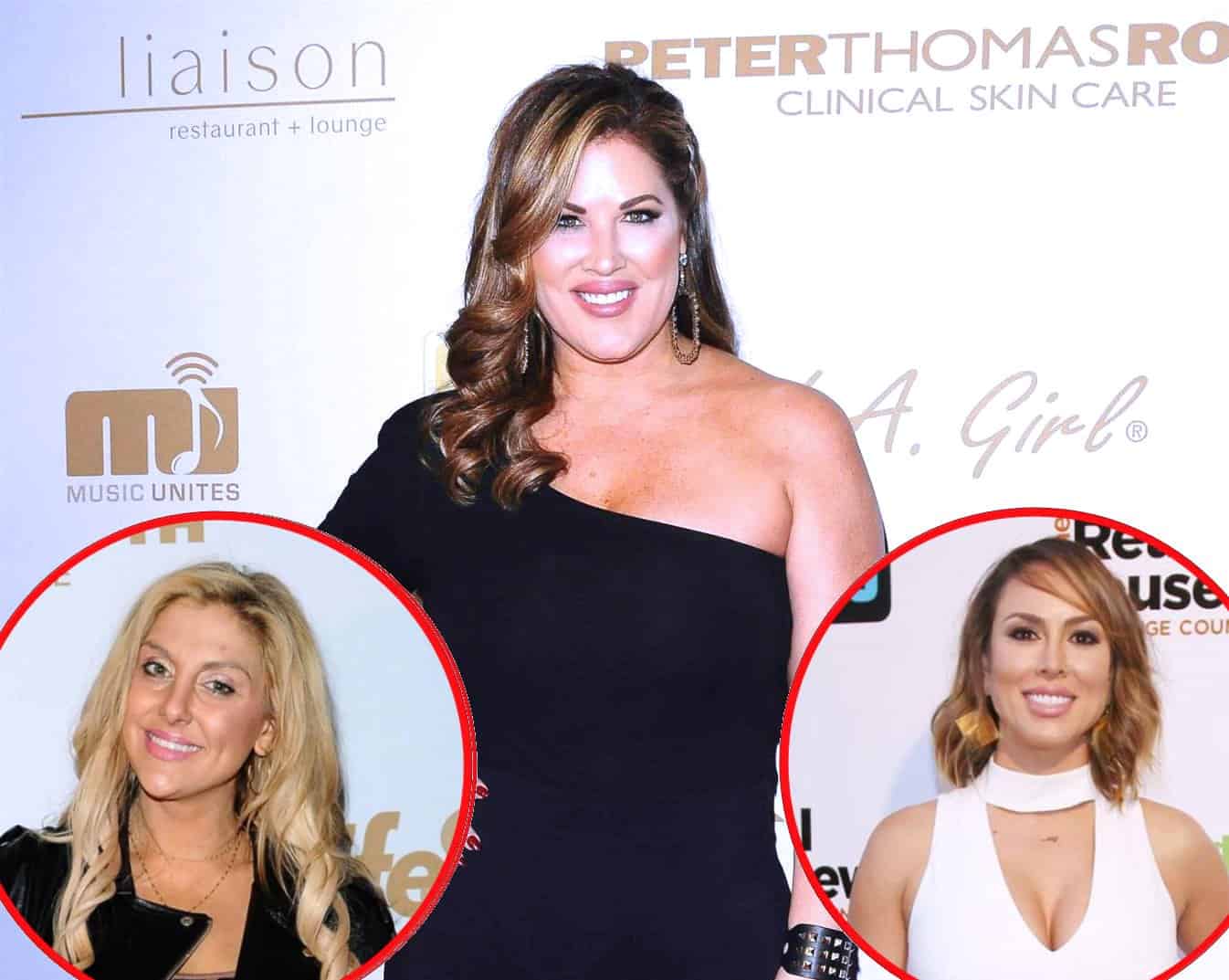 Emily Simpson is sticking by Kelly Dodd amid her messy feud with the Tres Amigas, Vicki Gunvalson, Tamra Judge, and Shannon Beador.

During a new interview, Emily is opening up about her relationship with Kelly, explaining why she didn’t represent her costar, Gina Kirschenheiter, in her DUI case earlier this year, and weighing in on the controversy surrounding Braunwyn Windham-Burke and her text messages to Gretchen Rossi and Lizzie Rovsek.

“As you follow the season along, I end up just sticking with Kelly the whole time,” Emily told TooFab on September 9. “I had no reason to abandon Kelly or to jump on the ‘I hate Kelly’ train, excuse my pun.”

During a recent episode of RHOC, it was revealed that there was a warrant out for Gina’a arrest after the mother of three missed a court appearance for her DUI case. Right away, Shannon and Tamra wondered why Gina’s friend Emily wasn’t representing her.

“That was the stupidest conversation I’ve ever seen,” Emily said in response to their inquiries. “I mean, does Tamra wanna go to a podiatrist and get her boobs done again? I practice copyright law. I should never represent Gina in a criminal matter, at all. I am her friend and I will support her as a friend, but a copyright attorney should not represent someone in criminal court.”

According to Emily, Shannon was unaware that Emily is a copyright attorney because she’s never actually asked her about her career. As fans well know, Shannon is always hesitant to get to know new cast members. And when it comes to her relationship with Emily, she’s made no real effort to form a friendship.

Also during her interview, Emily discussed the awkward moment between Tamra and Braunwyn, the show’s newest addition, which involved Tamra calling out Braunwyn for lying about text messages she sent to her longtime nemeses, Gretchen and Lizzie.

While Braunwyn didn’t deny she was in touch with the former RHOC cast members, she claimed they reached out to her, which Gina proved was a lie with screenshots of messages Emily showed to her.

Looking back, Emily made it clear that although she did willingly share her screenshots with Gina, she didn’t expect Gina to show them to Tamra.

“The only reason I showed her in the first place is because she was telling me what had happened after I left Tamra’s housewarming party, and she was saying Braunwyn told everybody she had lunch with Gretchen, but then they forgave her because she said that Gretchen was the one that reached out to her and Lizzie reached out to her, and then everybody made fun of Gretchen and Lizzie and called them thirsty and all that kind of stuff,” Emily explained.

“Lizzie and I are super close. She’s one of my best friends. So when I heard that, I felt the need to stand up for Lizzie ’cause I was like, ‘No, no, no, no, no, that’s not what happened. Lemme tell you what happened,'” Emily added.