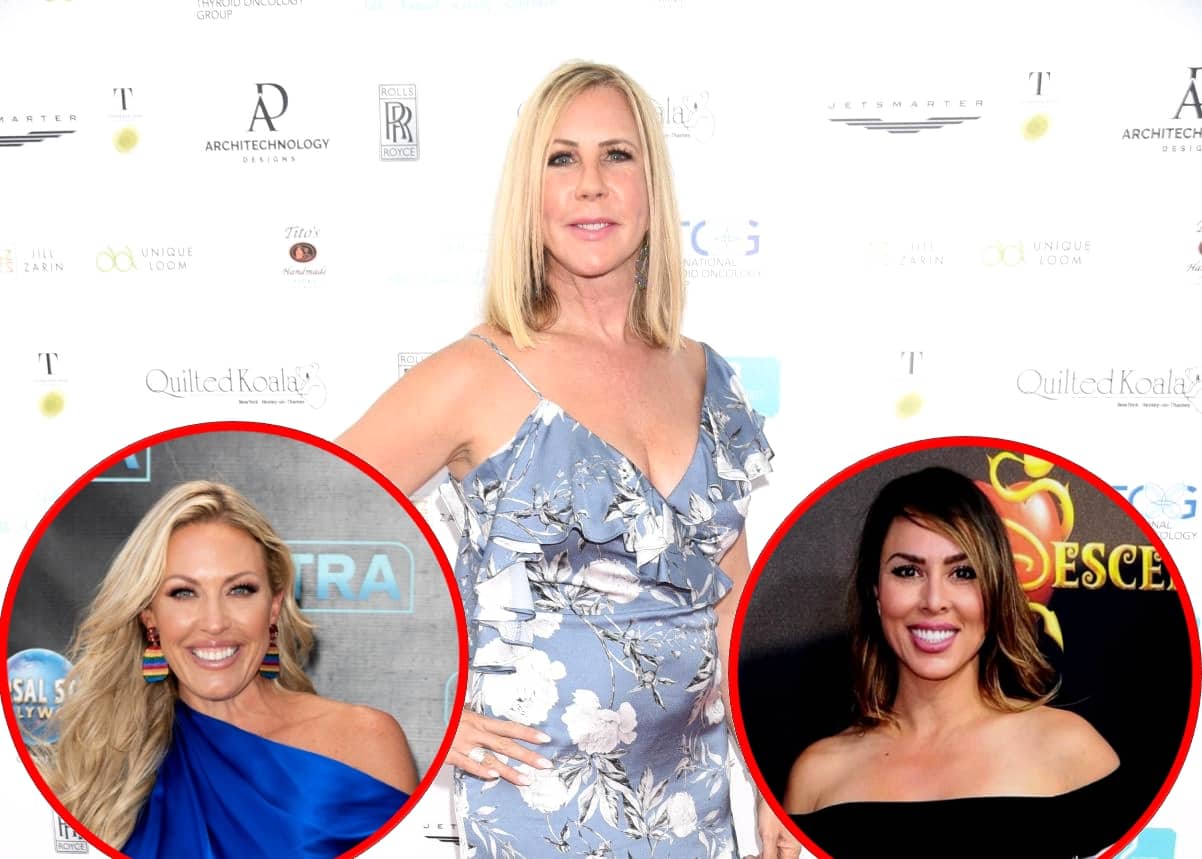 Vicki Gunvalson is opening up about her thoughts on the newest addition to The Real Housewives of Orange County, Braunwyn Windham-Burke.

After being seen labeling Braunwyn as “Boringwyn” on Tuesday night’s show, Vicki revealed why she was so surprised to see Braunwyn slamming her as “insecure” during a cast dinner. Vicki also explained why she was initially convinced that the ladies’ trip to Arizona would be a good thing for her and Kelly Dodd.

“It’s very interesting to have Braunwyn have anything to say about me. I’ve spent less than two hours with this woman, and I have no idea who she is,” Vicki told The Daily Dish prior to Tuesday’s show. “She’s into saying anything she can right now to stay relevant and to cause problems with me. Truthfully, I don’t really care what she thinks of me, and [in] regards to me being insecure, my answer is YES I agree with her. Aren’t we all to some extent?”

According to Vicki, she’s found Braunwyn to be “a troublemaker” and “a liar,” and she says they don’t have much in common.

“She hasn’t been too nice to me, so truthfully she needs to stay in her lane right now,” Vicki said. “I’m keeping my distance on purpose, and still trying to figure her out.”

During an interview with the Bravo Insider in August, Braunwyn said that while it took Vicki a while to warm up to her, everyone else on the RHOC cast welcomed her to the group pretty quickly.

Also during her chat with The Daily Dish, Vicki said she understands Tamra’s former friendship with Kelly and admitted that before embarking on their cast trip to Arizona, she was hopeful that she and Kelly would be able to get to a better place with one another.