Home Real Housewives of Orange County News RHOC Star Tamra Judge Reveals the Real Reason She Exposed the ‘Train’ Rumor About Kelly Dodd and Why She’ll Never Forgive Her, Plus She Shades Emily

RHOC Star Tamra Judge Reveals the Real Reason She Exposed the ‘Train’ Rumor About Kelly Dodd and Why She’ll Never Forgive Her, Plus She Shades Emily 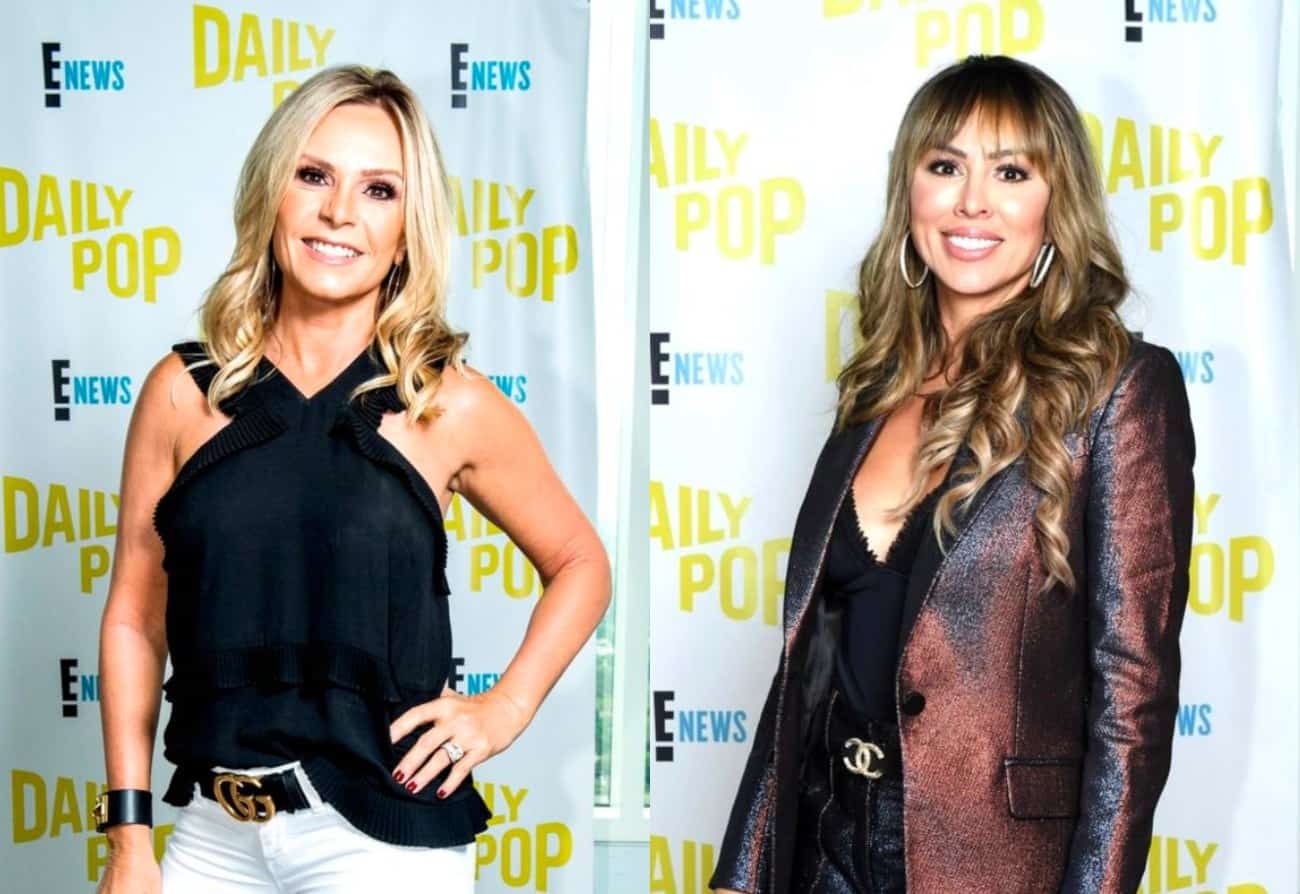 Why did Tamra Judge blurt out the “train” rumor about Kelly Dodd?

During a new interview, the Real Housewives of Orange County cast member revealed why she chose to expose the rumor. Then, she explained why she reconciled her friendship with Vicki Gunvalson, despite their past issues, but will never give Kelly another chance after what she did during season 14.

According to Tamra, she mentioned the “train” rumor as a favor to viewers because Vicki continued to hint around it. However, Tamra had no idea “it was gonna go that far.”

“I feel I did the viewers a favor,” said Tamra to Entertainment Tonight. “It was something that was told to [Shannon Beador] and Vicki last year, offseason. They told me, we three knew about it. I never really thought it was gonna be brought up or an issue or anything, but then Vicki kept going, going and I’m like, ‘Are you talking about the train?'”

As Tamra explained, she and Kelly were actually close at the time and had bonded over the way in which Vicki had previously sparked rumors about them. However, Tamra reveals that later on during filming, Kelly does something “damaging” to her which she deems to be unforgivable.

“I would say, three quarters into the season, everything falls apart… Kelly does something towards the end of the [season] that is very hurtful and very damaging,” shared Tamra.

Although Tamra couldn’t spoil the upcoming RHOC storyline for viewers, she did say Kelly began trashing her after she went away on vacation, and she later wondered why Tamra had chosen Vicki over her. However, as Tamra explained, she has much more history with Vicki than she does with Kelly.

“I don’t have that background with Kelly, and there is a difference between Kelly and Vicki,” Tamra said. “Vicki doesn’t go after your children. Kelly just gets low, very low, nonstop. Nonstop on social media … The rest of us, we don’t go there.”

During a recent appearance on the Everything Iconic With Danny Pellegrino podcast, Kelly bashed Tamra but also stated that despite their past issues, Tamra is good for the RHOC.

“Oh, really?” Tamra said in response to her costar’s unexpected statement. “Because I thought she said that I should be fired, which one is it?”

Also during the interview, Kelly stated that Tamra, Vicki, and Shannon were old and thirsty and suggested Gretchen Rossi should return to the show because she “hates Tamra to the core and could just eat her up alive.”

“Well, I’m not really afraid of that woman,” Tamra replied about Gretchen. “And I have text messages from Kelly saying she hates that woman too.”

Continuing on, Tamra said that at this point in time, after sparking feuds with nearly everyone, Kelly is only on good terms with Emily Simpson, who’s also had some not-so-nice things to say about the cast.

“Right now, she has Emily [Simpson], who’s been out there bashing all of us, every single one of us on social media, and we have all kept our mouths quiet,” Tamra adds. “The only one that she has right now is Emily.”

Just last week, Shannon held a party for the cast, and Emily and Kelly were the only two cast members not in attendance. Later, Tamra shared a photo with her costars at the party and hashtagged it #FabFive. While Tamra doesn’t deny the hashtag, she does insist that she had nothing to do with the absence of both ladies.

“Well, I didn’t do the inviting, that’s not my fault,” Tamra stated.