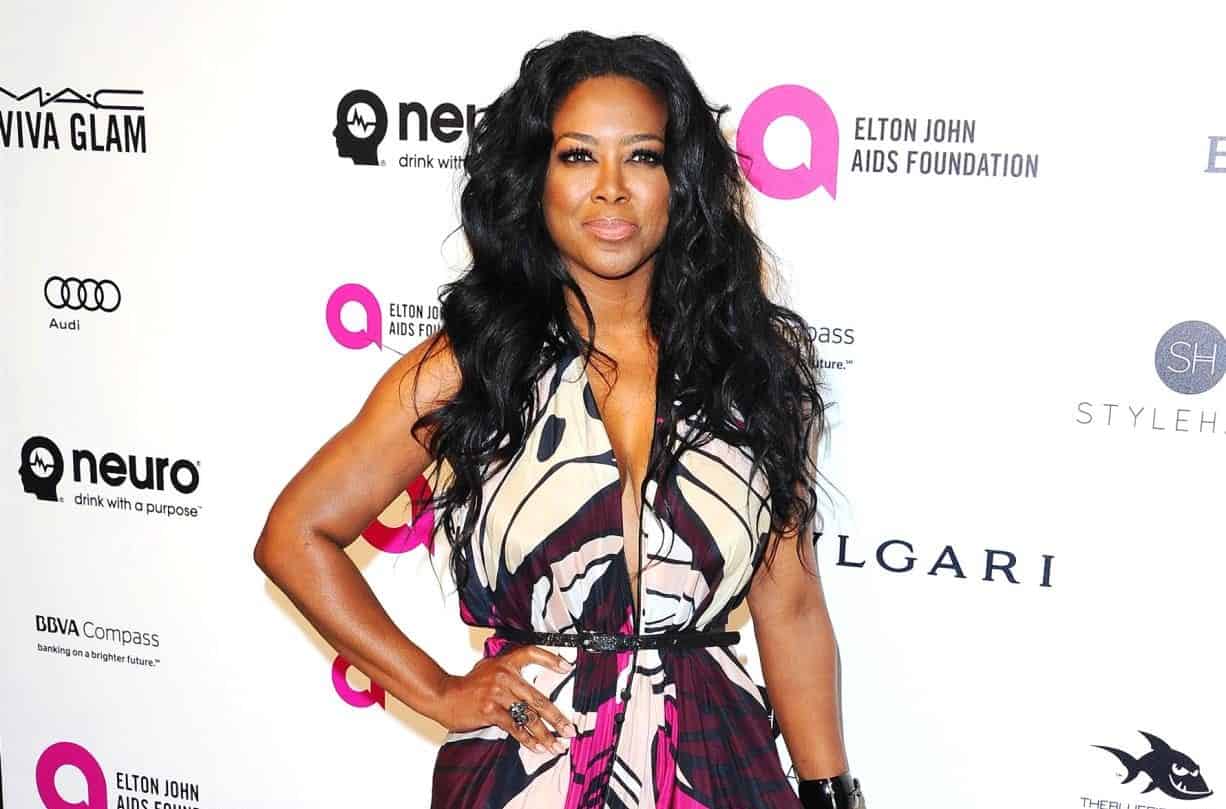 After Real Housewives of Atlanta star Kenya Moore announced her surprising split from husband Marc Daly, the rest of the cast is reportedly left scratching their heads.

If you’re wondering about the reality star’s abrupt breakup, join the club. Along with the rest of the world, the RHOA cast was apparently left dumbfounded after learning about Kenya and Marc’s split and are currently attempting to get answers while they all vacation in Greece.

According to a Radar Online report, the Atlanta housewives confronted the mother-of-one during their cast trip to Greece — and a source reveals some of them are even calling her “fake” amid the drama.

“Kenya is in the hot seat about what is really happening with Marc,” the source revealed. “The ladies are confused about why things went south so fast.”

“They don’t know what is real and what is fake with Kenya,” added the insider.

But not all the housewives were on Kenya’s case. According to the source, cast members Cynthia Bailey and Kandi Burruss had the Bravo star’s back as Nene Leakes and the rest of the group continued to question her.

As was previously reported, Kenya and Marc announced their split on September 19, just days after appearing happily married on the Tamron Hall show. The two discussed their journey of going through IVF to conceive their daughter, Brooklyn.

“Kenya has been all about Marc and the baby, even though he only filmed with her a few times,” the source dished. “Everyone thinks she needs to tell the truth about what happened and why they split up so quickly.”

But perhaps filming more of their life on the show was becoming a problem for Marc. According to the insider, the Brooklyn-based restaurant owner was allegedly upset with the fact that producers wanted the couple to renew their wedding vows on the show.

“That made him feel like the marriage was made for TV and made him mad,” the insider admitted. “He felt like he had to film to please her.”

According to a previous Radar report, the couple got in a heated argument while filming for RHOA on September 17 at an event Marc was hosting at the Wimbish House. “Marc told Eva [Marcille’s] husband that he is tired of Kenya’s s**t,” the source previously told Radar of the event. “He called her an attention whore.”

The two were also reportedly fighting over the fact that Kenya posted a picture of her husband with their baby on Instagram without his permission.

While fighting with an entire cast of housewives doesn’t sound much like a vacation, Kenya has managed to post some pleasant pics from her trip on her Instagram page over the last couple days.

She posted a sweet picture of her baby Brooklyn alongside costar Porsha Williams‘ young daughter Pilar on a gorgeous sandy beach.

The Bravo star also took a moment to post a selfie at the beautiful vacation spot.

“When in 🇬🇷” the “gone with the wind fabulous” reality star wrote alongside the photo.

Fans will have to wait until later this year or early next year to see how all the drama played out on camera in season 12 of Real Housewives of Atlanta.