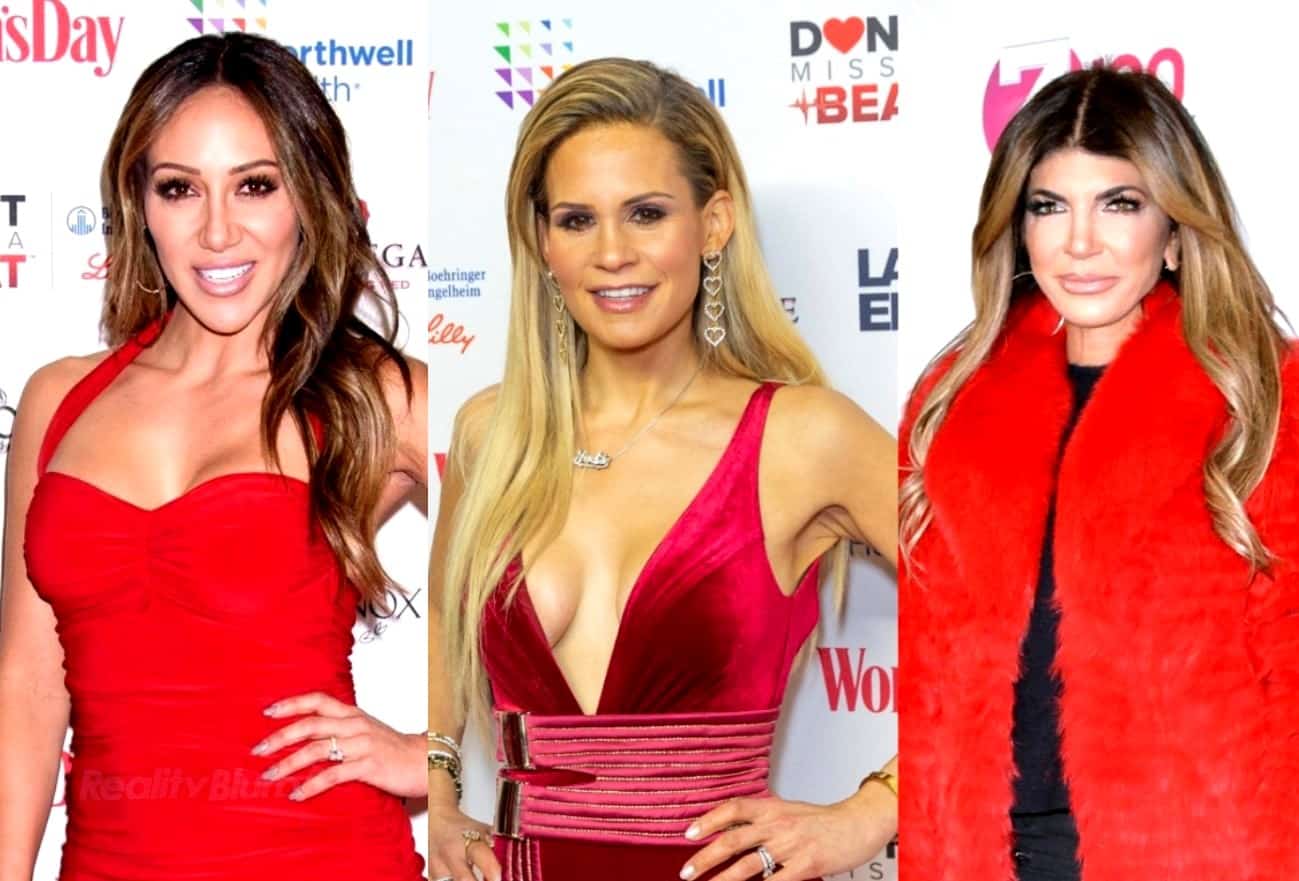 The Real Housewives of New Jersey stars Jackie Goldschneider and Melissa Gorga are addressing the now-infamous cheating rumors regarding Teresa Giudice‘s alleged infidelity. Plus, the ladies are displeased with their costar Jennifer Aydin after seeing her make fun of Jackie in an Instagram video.

RHONJ Season 10 has yet to air, but based on a newly released clip for the show, it’s clear that the housewives are still playing on separate teams. In the teaser, posted below, Margaret, Melissa, and Jackie all huddle around a phone as they watch an Instagram story featuring Jennifer, who’s making fun of something Jackie said at the season nine reunion.

“Teresa said, ‘Make fun of Jackie,’ and Jennifer goes in,” Jackie tells the table in the new teaser posted by Bravo.

“Imitate Jackie,” someone says off-screen on the video, which is believed to be Teresa.

“Define stalker! Okay, define stalker!” Jennifer yells in the video, clearly making fun of something Jackie said back at the reunion when she was defending herself against accusations that she was obsessed with Teresa. “Mrs. Merraim-Webster, please define stalker!”

As fans can remember, Teresa and Jackie have been at each other’s throats for pretty much as long as they’ve known each other — namely, because Teresa didn’t like the way the New Jersey newbie would talk about her family.

“What are we, in tenth grade?” Jackie asks. “Jennifer’s just so desperate to be Teresa’s friend.”

The teaser then cuts back to the dinner table where Jackie continues on, saying, “Teresa, to me, she’s broken. She should be home with her children instead of sitting in a restaurant and making fun of me.”

“There’s definitely a lot going on,” Melissa says back to Jackie, seemingly defending her sister-in-law. “And she’s not thinking about what she’s doing.” The mother-of-three is clearly referring to Teresa’s current situation, dealing with her husband Joe Giudice being behind bars with the possibility of being deported to Italy.

Margaret Josephs, who’s sitting across from Melissa and Jackie, puts her two cents in on the situation as well.

“Why does [Teresa] even want to put any negative energy out there?” the blonde New Jersey housewife asks. “With the press she’s getting right now, you know, cheating rumors, pictures of her holding hands with some young guy who wears a backpack, no less.”

Melissa then interjects, claiming the “young guy” is just a friend.

“I don’t know, there’s an awful lot of pictures out there,” Jackie says back with a smirk. “I mean, if it walks like a duck and it quacks like a duck…”

The new season 10 of Real Housewives of New Jersey is set to premiere November 6 on Bravo TV.